Could Eden Hazard be heading back to Chelsea? There’s nothing concrete to suggest so, but only a fool would deem it impossible.

Hazard departed Stamford Bridge an icon at Chelsea, with everyone left thinking that he was finally going to force his way into the Ballon D’Or conversation at Real Madrid.

However, Hazard’s career has fallen apart before his eyes at the Santiago Bernabeu. A player who was once one of the best on the planet, an absolute joy to watch, now looks a shadow of his former self.

According to Don Balon, Florentino Perez is ready to cash-in at the right price. The Real Madrid president has given up on the Belgian ever coming good at the club. 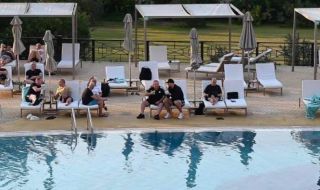 If there is substance to that, could Hazard return to Chelsea? He said himself that once his time in Madrid was done he would return to the Blues.

Eden Hazard “ When im finished in Madrid I will be back at Chelsea ? pic.twitter.com/5bnyj0dMZ4

This is likely earlier than he would have planned in his head, but with former teammate Frank Lampard in charge, could the stars be aligning?

Photographing Red Squirrels from a Hide in an Irish Forest