The agent of Manchester City star Fernandinho has revealed he has a number of transfer offers on the table and that a decision on his future could come soon.

The experienced Brazilian has been a hugely important player for City for many years now, having joined the club nearly eight years ago from Shakhtar Donetsk.

Fernandinho settled instantly in England, and helped City win the Premier League title in his first year at the Etihad Stadium. He has since added two more titles to his collection, as well as the FA Cup and five League Cup victories.

Now 35 years of age, Fernandinho’s time at the highest level may well be nearing an end despite his continued fine form for Pep Guardiola’s side.

It seems his agent Giovanni Branchini is prepared for a possible move, telling Globo Esporte that his client has a number of offers in both Europe and his native Brazil.

“We have received several proposals, good projects from Brazilian and European clubs for Fernandinho,” Branchini said.

“I believe it won’t be long before he knows what decision he will make. 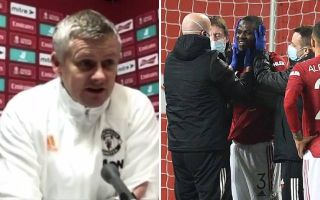 “Everyone knows that Fernandinho has a great affection for Athletico (Paranaense) and the board. I even have an excellent relationship with President Mario Celso Petraglia.

“Conversations have always happened, but I can’t go ahead and say that we talk about values, for example. It hasn’t happened yet.”

City fans may well be disappointed to see Fernandinho go, especially as the club has also bid farewell to other long-serving big names such as Vincent Kompany and David Silva in the last couple of years.