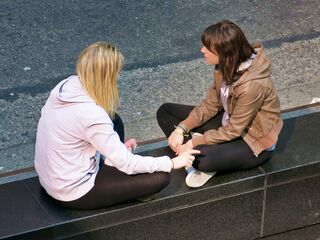 “Everyday Neurodiversity” will be dispelling myths and enhancing understanding of neurodiversity, specifically autism. It’s based on experiences shared by autistic adults and my experience as a clinician working with autistic individuals over 30 years. I will use “identity first” language (“autistic person” rather than “person with autism”) since that is preferred by many autistic adults.

For a brief review of the idea of neurodiversity, it helps to consider how we think about autism and alternative pathways of neurodevelopment. The Diagnostic and Statistical Manual of the American Psychiatric Association (DSM-V) refers to autism as a neurodevelopmental disorder, gives observable criteria, and references severity by the level of support needed. This way of thinking suggests autism is like the measles – one can have a bad case or a mild case, but they’re both measles. But autistic people vary significantly in how they appear, their strengths and their challenges. There’s a widely used saying, “No two autistic people are alike.”

The neurodiversity paradigm has us looking at autism in terms of the challenges and strengths that come as alternate, not defective, pathways of development. It helps to think of autism as a constellation of traits –  a partial list including social challenges, language processing and expression, repetitive behavior/routine, motor functions,  sensory issues, executive functioning, inflexibility, cognitive style, high standards, truthfulness and insightful problem solving. All autistics have social issues, some kind of need for routine/repetitive behavior and sensory issues (DSM-V) although research shows that women often mimic “typical” social behavior and don’t always have repetitive behaviors.

These autistic traits are both strengths and challenges, a unique way of processing the world. Some traits can result in disability, some in disability only in an inhospitable environment, and some in unique talents. Motor problems might be a disability. Having auditory sensory issues can be disabling in a noisy environment and might be tolerable somewhere quiet. The DSM-V refers to “restricted, fixated interests that are abnormal in intensity or focus” which emphasizes pathology. Many of those deeply interested in technology, science and the arts have been extraordinary achievers. Actor, writer and director Dan Ackroyd openly shares his Aspergers diagnosis; his intense interest in the supernatural and detective work led him to write the movie “Ghostbusters.”

One misunderstanding I’d like to tackle is the term “high functioning autism,” commonly used to describe someone who seems basically normal if quirky to outsiders. This person probably is doing well in school or has a job, is verbally articulate and might have a few friends, a partner or children. “High functioning” people face high expectations and often receive minimal or no accommodations or help. They are often judged for gaffes or difficulties. This idea of “high functioning” autism is rejected by many autistic adults and some researchers.

We need to think back to that constellation of traits. People who seem socially apt, verbal and bright can have such severe sensory issues or difficulties with social understanding that they are unable to hold a job without accommodations. Often, they come for treatment not understanding why they never fit in. They can have a sense of failure or shame that they were told to try harder, but nothing worked. Extreme sensory issues may have been perceived as overreacting. They might be literal and criticized as not listening or being thoughtless because they missed what’s not stated clearly. Their truthfulness can be perceived as rudeness. They need routine and have significant problems “going with the flow” which can be interpreted as self-focus and being unreasonable or manipulative. They can find themselves exhausted by social interactions and frustration.

Let me give a hypothetical example.  Catherine came to me for a diagnosis. She is a lawyer in a law firm in a minority community. Although she generally prefers being alone, she is married.  Litigating cases, she is often stymied by the need for quick reactions dealing with opposing counsel. It is upsetting to her that others misrepresent the truth and pivot quickly in an argument. Her preparation for cases is massive, and her supervisor criticized her for taking too much time. She has a deep conviction in social justice and desire to rectify wrongdoing but feels ineffective in representing her clients.

She sometimes thinks her husband is angry with her when he isn’t, and he gets upset that she didn’t understand his expectations, even when he asked her. Catherine has a routine to her day and gets very upset if something unexpected or spontaneous is planned, even it should be enjoyable. Her husband feels she isn’t adequately caring towards his family, which causes strains in that relationship.

Catherine is clearly on the autism spectrum. She has issues with social relationships, a need for routine and sensory issues. When anxious, she rocks slightly or rubs her fingers to calm herself.  She is very intelligent but needs time to process language and to formulate a response, so quick verbal exchanges are difficult. She is truthful and has difficulty with others manipulating the truth.  She is very detail focused, examines every detail and precedent for her cases, and has difficulty (especially without clear directions) knowing when “enough is enough.”

Catherine’s husband needs to understand that she needs clear and direct expression of his expectations and feelings. Saying “You’re not thoughtful” doesn’t communicate that he wanted her to check in about what time she’d be home, or that he thought she would put away the groceries. With a diagnosis, her distress at spontaneous change makes sense, so he now gives her as much warning as possible of potential new plans.

Her “lack of caring” about his family is that she misses social rules, not feeling the need for them herself. She failed to greet family members or say goodbye when she came and left, she didn’t engage in small talk, and she tended to leave the room to read or be alone at family gatherings. Her husband now understands that she becomes overwhelmed by the social demands of large gatherings and helps her get breaks when she needs them. They decided to disclose her diagnosis so that the family would be more understanding.

Catherine changed to research at work, building detailed cases for litigators as well as writing articles. She asks for clarity in directions. She asks her husband if she thinks he’s angry – sometimes he’s frustrated about something unrelated to her. She’s trying to greet family members and say goodbye and now understands why her breaks as essential. She is developing self-calming techniques to help her handle frustration.

“High functioning” autistic children and adults are often anxious and depressed because of the ongoing (often relentless) criticism they get and the sense that everyone “gets it” but them. When autistic people understand themselves and their needs, advocate for themselves (or parents advocate for them) and their needs are taken seriously and respected, life can improve significantly. When “typical” (called “neurotypical”) people try to understand, make accommodations and are willing to see a neurodiverse perspective, the autistic person can be more connected and successful.  Hopefully, this blog will be an addition to facilitating that understanding.