Why Zelda: Link’s Awakening Is Literally My Dream Game – Feature

To celebrate the 35th anniversary of The Legend of Zelda, we’re running a series of features looking at a specific aspect — a theme, character, mechanic, location, memory or something else entirely — from each of the mainline Zelda games. Today, Stu gets all dreamy about one of his favourite entries in the franchise…

It’s difficult to think of Legend of Zelda: Link’s Awakening as the kind of coherent, cohesive world that the series is famous for offering. But then, it isn’t really supposed to be. The game operates on dream logic, and for good reason. (By the way, what’s the statute of limitations on spoilers when a game has been relatively recently remade?)

When I dream, I tend to dream of intricate patterns. Interweaving, abstract spaces that seem coherent to my sleep-slapped mind. Dream logic, again. And that’s Link’s Awakening; a series of spaces that don’t necessarily hang together. Except they do – mechanically. The way that counts.

Essentially, Link’s first handheld adventure is a collection of single-screen rooms – hundreds of them, each and every single one having at least one interesting thing in it. It’s something of a triumph of minimalism – despite its piecemeal, fragmented, gamey nature it still manages to conjure up a sense of place quite unlike any other in the series (including its “spiritual sequels”, Oracle of Seasons and Oracle of Ages).

By the standards of a franchise that can often feel a little too safe, Link’s Awakening isn’t afraid to bring some truly odd scenarios. Everything about the game is fascinatingly off-kilter, with its overworld and main quest offering a surplus of bizarre characters and situations. The transformed tanuki Tarin bouncing all over the Lost Woods. Crazy Tracy’s special mixture. The appearance of Richard from import classic Kaeru no Tame ni Kane wa Naru. Ulrira and his shyness only letting him communicate via the many phone booths. If you’ve played it, you’ll fondly recall every one of these and many more. And they’re barely scratching the surface.

The later, divisive Skyward Sword was both criticised and praised in turn for it’s transplantation of the gameplay style usually found in the series’ beloved dungeons into its overworld, but Link’s Awakening did it first – the carefully-crafted flick-screen-key-door-action-puzzle intricacy seeps beyond the self-contained multi-floor boss stages and into every single screen of the game.

This makes Link’s Awakening something of an anomaly – a game that’s lean and fulfilling at the same time. By removing the major-league traversal aspect of the game, it changes up the way you look at everything. Even the most innocuous screen could hide something absolutely crucial to progress – a buried key, or the seemingly decorative rooster statue in Mabe Village. Everything here has a purpose, whether it’s pushing you towards the eventual (and brilliant) endgame, or part of one of the many additional quests and activities that will get you better gear and collectables.

And what collectables – has there ever been a completion reward in a Zelda game more useful and satisfying than the upgraded sword? Simply bring twenty of the deviously-hidden Secret Seashells to right place and bam, you’ll be cutting through Octoroks like butter. Even more excellent is the fact that this reward doesn’t actually require every Seashell in the game – there are 26 total. This turns the hunt into far less of a frustrating grind than it could have been, given there’s no in-game way of tracking their location.

Another surprising inclusion is an all-too-dreamlike crossover with Nintendo’s flagship Mario series. It starts off pretty simple with a Yoshi doll available as a prize in the village’s “Trendy Game”, but pretty soon you’ll be using the Roc’s Feather to hop on Goombas, slashing Piranha Plants and – most memorably – taking a Chain Chomp for a walk. Side-scrolling wasn’t a new thing to the Zelda series at the time (lest we forget Adventure of Link) but to be presented as such an analogue to the more popular Mario series, complete with enemies from those games, was something new and remains surprising to this day. It fits the dream state of Link’s Awakening, though – particularly when Super Mario Bros. 2’s antagonist Wart turns up, a refugee from Subcon. And what did Subcon turn out to be…? 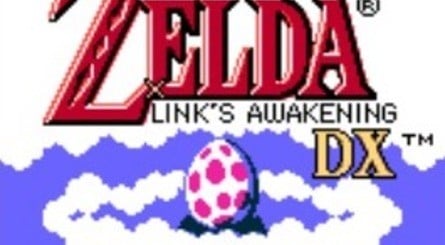 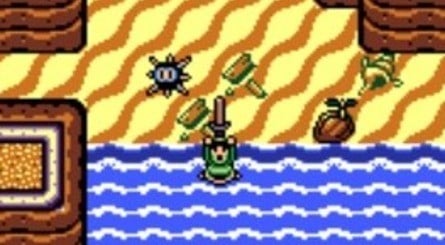 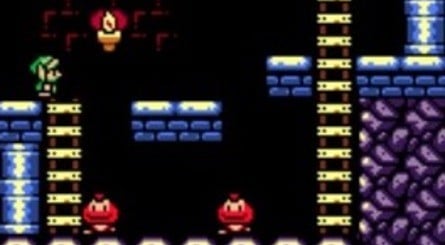 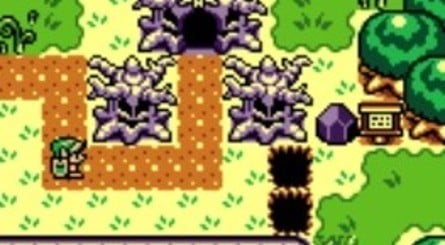 The Game Boy Color remix gave us DX-style extras, but it arguably robbed the game of some of its purity

It’s a visual stunner and probably the best-looking monochrome Game Boy game – while it has a lot of competition, none of it is as expansive as Link’s Awakening. Making its extensive world of single screens feel unique throughout is an incredible achievement and matched by a catchy soundtrack that’s intense and emotional when it needs to be; the tones of the instruments you’ll gather have an unforgettably unearthly quality to them.

All in all, the brilliance of Link’s Awakening is the marriage of its compartmental design with its somnambulist theme – the tight, intricate dungeons blend perfectly with its toybox overworld where anything could be hidden anywhere. There’s no piece of equipment you can obtain that doesn’t have multiple, creative, undocumented uses. No location lacking in mystery or reasons to revisit. The difficulty is perfectly pitched to challenge without becoming frustrating, and the whole thing dovetails perfectly into an ending that’s much more resonant than almost any other in the entire medium. It’s a game that starts small and ends big, both in design scope and metaphysical impact.

Its DX re-release for Game Boy Color turns the game from a perfect 10 to a 9 with an unenjoyable extra dungeon and a garish lick of paint that doesn’t do the visuals any favours, but at its core, it retains the feel of the classic original and is very much worth playing if it’s your only option. The recent Switch remake, however, is a less faithful adaptation. The addition of scrolling fundamentally changes the puzzle-box feel of the game for the worse; it’s not that the remake is bad, but it doesn’t feel like Link’s Awakening anymore – to me, at least. Performance problems also undermine the game’s sheer perfection, but nonetheless, it would be foolish to imply that it was anything other than an excellent piece of software.

The darker, more surreal elements of Link’s Awakening were carried forward in the likes of the beloved, moodier Majora’s Mask, as well as its representation in the tremendous Hyrule Warriors. With the deserved success of Breath of the Wild, I can only wonder if there’ll ever be another series entry that’s quite so bite-sized (Minish Cap notwithstanding) again. I’m fairly sure I’ll never love another Zelda quite like I do Link’s Awakening. You could almost call it my dream (ahem) game.

Random: Did You Catch The Easter Eggs In The Great Ace Attorney Chronicles Trailer?

Random: Ring Fit Adventure’s Ring-Con Has Been Transformed Into A Working Accordion