Windfall for Shipping Companies Starts to Pressure Retailers By Investing.com 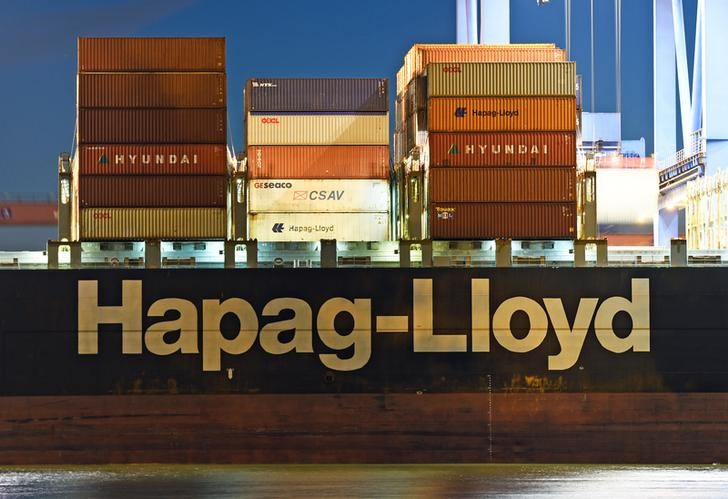 Investing.com — Tech may have been the biggest beneficiary of lockdowns in the U.S., but in Europe some of the biggest windfalls have been in a much more old-world sector: shipping.

The trend seems likely to continue at least for some months, as tight capacity underpins container freight rates at historically high levels: as this week’s Chinese export data showed, demand for manufactured goods has proved highly elastic as consumers have redirected their spending away from services to everything from fitness bikes and home appliances to leisure wear.

Supply, however, is far less elastic, and the situation isn’t improved by the structural asymmetry in the container market created by China’s massive trade surplus.

Shares in AP Moeller-Maersk (OTC:), the world’s biggest container shipper, have risen 34% since mid-November, when the Danish-based company raised its profit guidance for the year and started what was, in 2020, the rarest of things: a $1.6 billion share buyback.

Its big German rival, Hapag Lloyd  (DE:), has risen an even more impressive 86% in that time and has more than doubled since October, when the renewed onset of Covid-19 in Europe and North America condemned the two biggest consumer markets in the world to another winter of being shut up at home.

The Financial Times reported on Tuesday that the cost of shipping a 40-foot container from Asia to Europe has risen from around $2,000 in November to over $9,000 today, with costs for importers being further inflated by congestion at ports that is leading to longer waiting times.

The squeeze is starting to find its way through into retailers’ profit warnings. U.K.-based fashion chain Superdry’s stock fell 15% on Tuesday after the company – which warned its may go out of business as recently as October – published another gloomy trading update ravaged by closed stores.

In among the broader tale of woe, Superdry (LON:) warned that “as a consequence of the impact of Covid-19 on global trade, the Group and the company are aware of constraints to the global supply of containers for shipping goods for resale from Asia to Europe, and while the Group remains confident that the majority of goods will be shipped, it is expected that the cost of these shipments will increase and that there may be some movement in the shipping dates from Q3 and Q4 FY21 to Q4 FY21 and Q1 FY22.”

The squeeze is particularly likely to hit the likes of Superdry, which needs to move seasonal inventory relatively quickly and which is too financially stretched to get into bidding wars for scarce capacity.

Although the squeeze may loosen a bit over the Chinese New Year, it seems probable that it only goes away for good when lockdowns end, and when consumers can get back to spending their money at the restaurant, the ball game and the movies. Right now, though, governments are in the process of shutting out that possibility: France and Austria tightened restrictions at the weekend and Germany is set to follow later Tuesday, at a meeting between Chancellor Angela Merkel and state governors.

For the shippers, all winds are fair right now.

Twitter says it is testing a new style of displaying tweets that link to e-commerce product pages, after it was spotted by a Twitter for Android user in Qatar (Sarah Perez/TechCrunch)