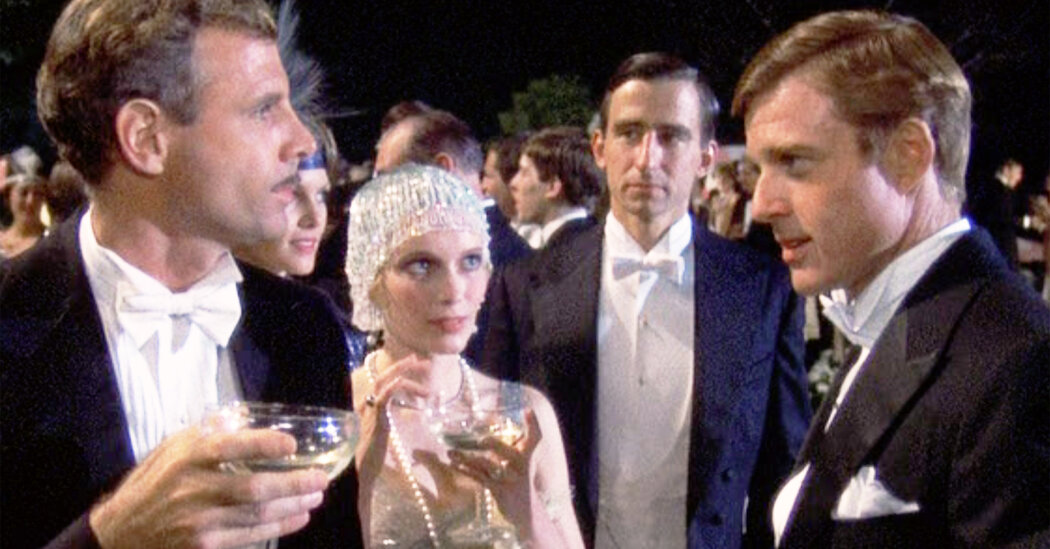 It could have been any day on the internet: A critical comment, not naming President Trump or his Republican allies but clearly aimed at them, circulated on social media.

But the passage shared over the past few days by educators, writers and veterans of past presidential administrations came from an unlikely source: “The Great Gatsby,” F. Scott Fitzgerald’s novel about greed and aspiration published nearly a century ago.

“They were careless people,” Nick Carraway, the narrator, concludes about Tom and Daisy Buchanan, characters whose excesses ultimately destroy the lives of those around them. “They smashed up things and creatures and then retreated back into their money or their vast carelessness, or whatever it was that kept them together, and let other people clean up the mess they had made.”

For those who shared the passage online, Fitzgerald’s indictment of the rich, blasé Buchanans in the novel’s final pages seemed to fit an administration that has attempted to downplay the pandemic, even after Trump and other top Republicans tested positive for Covid-19.

“The juxtaposition between their privilege and their seeming indifference to the possibility of spreading the coronavirus is what was striking to me,” said Natalie J. Ring, an associate professor at the University of Texas at Dallas whose Friday tweet sharing the Fitzgerald passage has racked up thousands of likes and retweets. “I was just stunned by, as Fitzgerald says, the carelessness of these people.”

Jeremy Konyndyk, who helped lead the U.S. response to the Ebola outbreak during the Obama administration, also tweeted the quote Friday. “That’s the essence of that passage, as I read it: that the normal rules don’t apply to them, they can mess everything up and someone else will be there to clean it up,” he said. “I think that’s really been the attitude of this White House with respect to the whole pandemic.”

The passage has made repeated cameos during the Trump years, surfacing intermittently like the eyes of Dr. T. J. Eckleburg, which loom from a billboard in Fitzgerald’s novel, a symbolic stand-in for an impassive god. The writer Rebecca Solnit referenced it in a 2017 essay dissecting the president’s psychology. It figured prominently in a 2018 character study in The Atlantic that compared Trump with Tom Buchanan. And it’s become grist to assail the president’s Syria policy, attack how Trump treats members of his own administration and anchor literary criticism about his rhetoric on the American dream.

“Whether it’s a meme or a trope for the Trump era, it really does work,” said Aaron David Miller, a senior fellow at the Carnegie Endowment for International Peace and former State Department official who has tweeted out the passage several times since Trump became president.

That recurrence is a testament to the novel’s enduring resonance. Despite selling poorly and earning mixed reviews during Fitzgerald’s lifetime, “Gatsby” became a perennial American classic after his death in 1940. A staple of high school curriculums nationwide, it reliably sells half a million copies in the United States each year.

“I love what an old, old student of mine said once: It’s the Sistine Chapel of American literature in 185 pages,” said Maureen Corrigan, a Georgetown University English professor and the author of “So We Read On,” a 2014 book about the novel’s origins and cultural endurance. “It does that magical thing of saying something big about America, and saying it in gorgeous, unforgettable language. That’s why we’re all quoting ‘careless people’ right now.”

For some readers, the lessons of “Gatsby” have been colored by the Trump presidency — and by a pandemic that has claimed more than 210,000 American lives and roiled the economy.

“The problem with ‘The Great Gatsby,’ which was written in 1925, is that you get the stock market crash in 1929,” said Ring, who teaches a course on the Gilded Age and the Progressive Era, periods of material excess and reform that preceded the Great Depression. “We’re already there.”

But if anything, the novel’s purchase on American society seems likely to increase in the coming years. The rights to “Gatsby,” which have remained with Fitzgerald’s descendants for decades, are set to become public domain in January. That could prompt renewed attention on the book, said Blake Hazard, Fitzgerald’s great-granddaughter and a trustee of his literary estate.

“We have to assume that there’s going to be adaptations, sequels, prequels and whatever people dream up,” said Hazard, a Los Angeles singer-songwriter whose Instagram account is studded with references to her literary forebear.

And as an election that will decide Trump’s political fate approaches, the question of whether his presidency will inflect future readings and adaptations may hinge on another: What would Fitzgerald have made of the president?

“Of course, I can’t speak for Scott,” Hazard said. “But I think it’s safe to assume that he would find Trump to be a boorish character.”