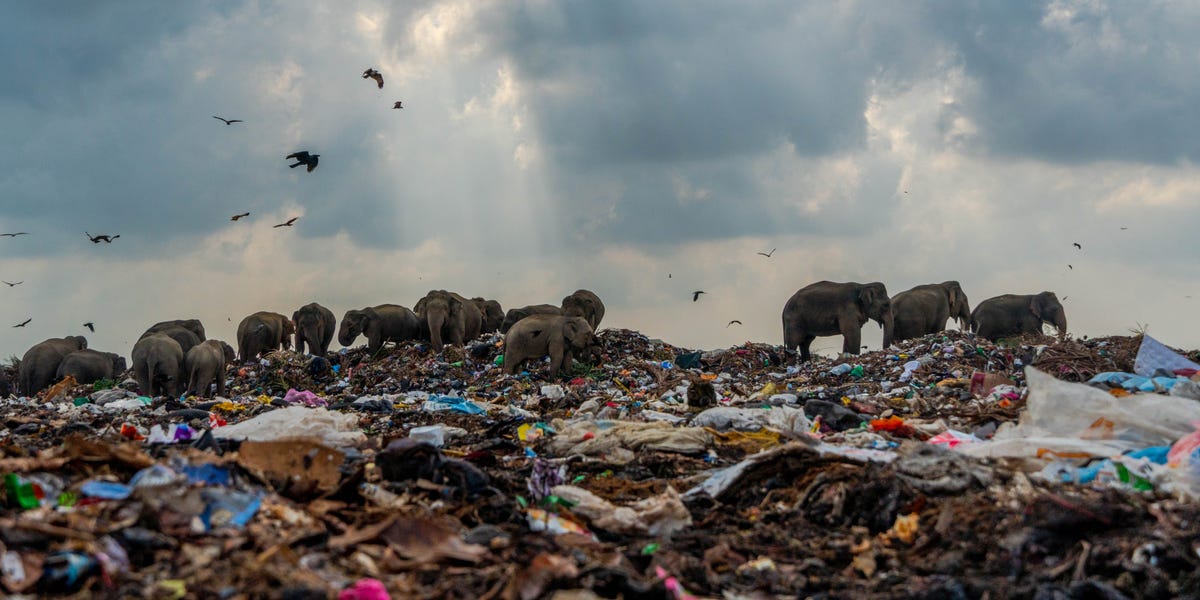 A photo taken by a Sri Lankan photographer of a elephants scavenging in a huge garbage dump has scooped the top prize at the UK’s Royal Society of Biology’s photography competition.

The somber image was captured by the RSB Photographer of the year, Tilaxan Tharmapalan.

Elephants had been known to fall ill and die from rummaging and eating plastics and other waste. The authorities have recently banned dumping rubbish near these protected sites.

Several other photographs recognized by the competition judges explored humanity’s destructive impact on wildlife and the environment worldwide.

This year’s competition theme was “Our Changing World,” with the judges looking for images highlighting the dynamic nature of wildlife, sometimes catalyzed by human impact.