‘Chance Encounters’ at the D’Amour Museum of Fine Arts – MassLive.com 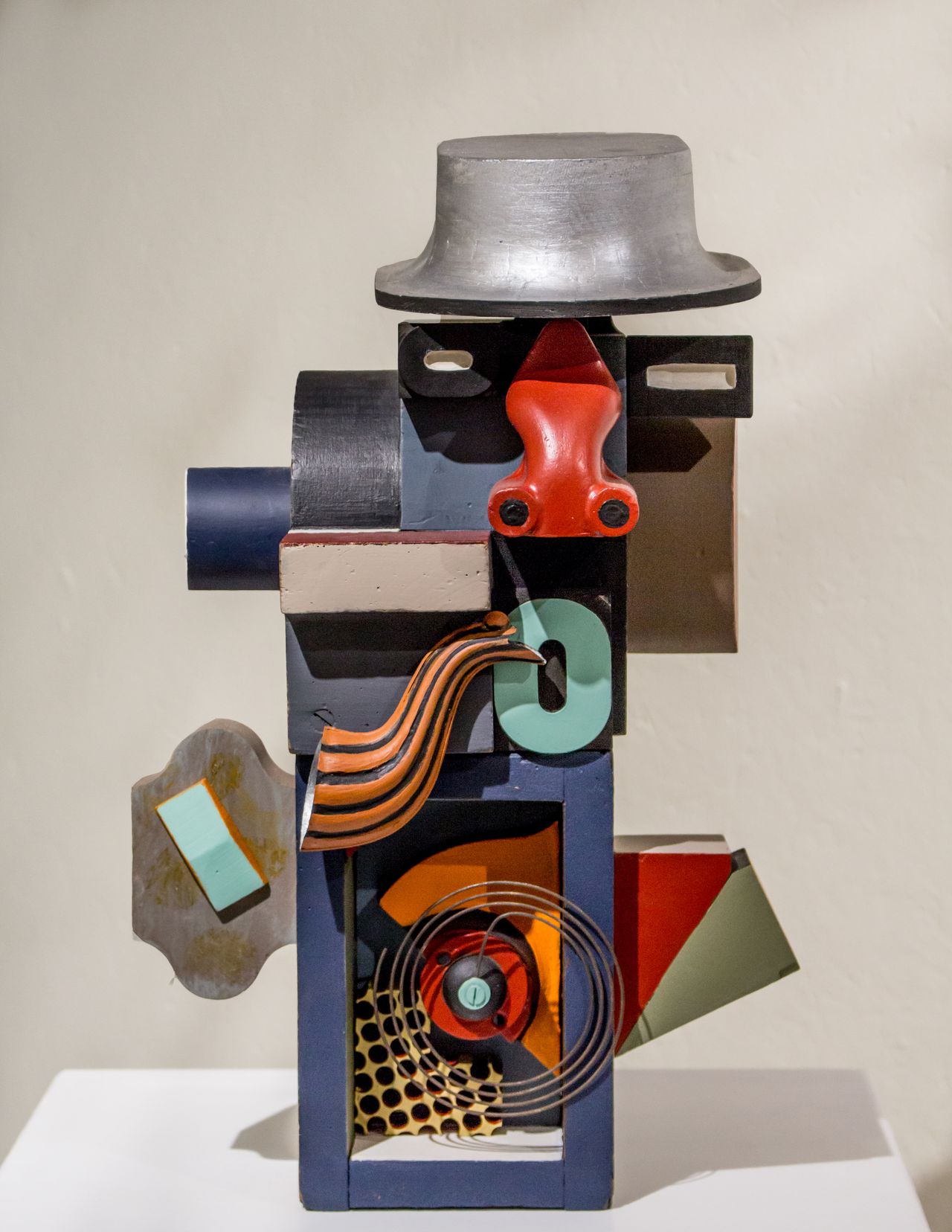 Featuring sculptural assemblage artworks made from found materials, “Chance Encounters: Mixed Media Constructions by Shawn Farley” showcases new and innovative work by the Massachusetts artist until March 7 at the D’Amour Museum of Fine Arts in Springdfield.

Farley creates sculptural assemblages that give new life to obsolete foundry molds and other found objects. By embracing chance and trusting her keen artistic instincts, the artist constructs clever compositions that take on human qualities and adopt their own personalities.

There are 11 works on view in the exhibition proper in the Starr Gallery at the D’Amour Museum of Fine Arts. One additional work by Farley, also on loan from the artist, is displayed in the Modern and Contemporary Art Gallery in the same building.

Farley’s three-dimensional sculptures range in scale from about 17 inches high to nearly 40 inches high, and “each has an incredible presence and persona,” said Maggie C. North, curator of art.

Visitors to the exhibit will encounter these sculptures and the stories of how they were made.

“Thus, the title ‘Chance Encounters’ speaks to the experience of viewing the works and Farley’s process of making them, as the artist relies on the chance placement of objects,” North said. “In this way, her creative process is playful and exploratory.”

Although Farley sometimes paints the foundry molds and other found objects that become part of her work, she occasionally leaves them unpainted, allowing their previous lives to peek through.

“Several foundry molds still display an identifying part numbers that nod to their original purpose,” she continued. While some works on view are automatic constructions that are inspired by form and color, others address the current moment.

The work Of Like Minds was inspired by two similar, curved foundry molds, but the work High Anxiety reflects the artist’s response to the current COVID-19 pandemic, she noted.

“In order to do assemblage/construction work you must have an infatuation for the discarded and found materials of life,” said Farley, who searches flea markets and seeks out junk dealers who clean out the closed and abandoned machine foundries of their wood patterns/molds that are on their way to becoming trash.

The molds found in her assemblage works were used to make fittings for the Hoover Dam, ships and other industrial projects. They come from throughout the country but primarily from the Midwest and East where factories were abundant during the 19th and 20th centuries; a few of them came from a closed milling property in Shelburne Falls that had used the Deerfield River for power since the 19th century.

“They are unique, authentic pieces formed by talented craftsmen long ago,” Farley said. “They possess attributes of decay with beautifully weathered colors, abstract shapes, negative and positive space or other special qualities that few other found materials possess. These objects radiate personality and voice, demanding an opportunity at another life. I call them my shapeshifters. Freed from their destiny as castaways, these objects assume new identities and an evocation of something soulful.”

According to North, the response to Farley’s exhibit has been overwhelmingly positive. “Visitors seem especially fascinated by the everyday materials that Farley uses and the way in which her works really do take on personalities of their own,” she said. “The pieces are ultimately hopeful, because they give a second chance to items that may otherwise have been lost to time.”

The Springfield Museums are dedicated to celebrating the rich artistic talent of this region through exhibitions that highlight the work of local emerging and mid-career artists. “By presenting at least one community-based art exhibition each year since 1979, the Museums provide an invaluable platform for new artistic projects and contemporary creative thinkers,” North said. “Shawn Farley is one such creative thinker and the Springfield Museums are thrilled to showcase her sculptural artwork.”

The exhibit is included with Museums admission.

For more information, go to springfieldmuseums.org.

After Honing His Painting Skills as a Soldier, an Artist Finds His Voice – The New York Times