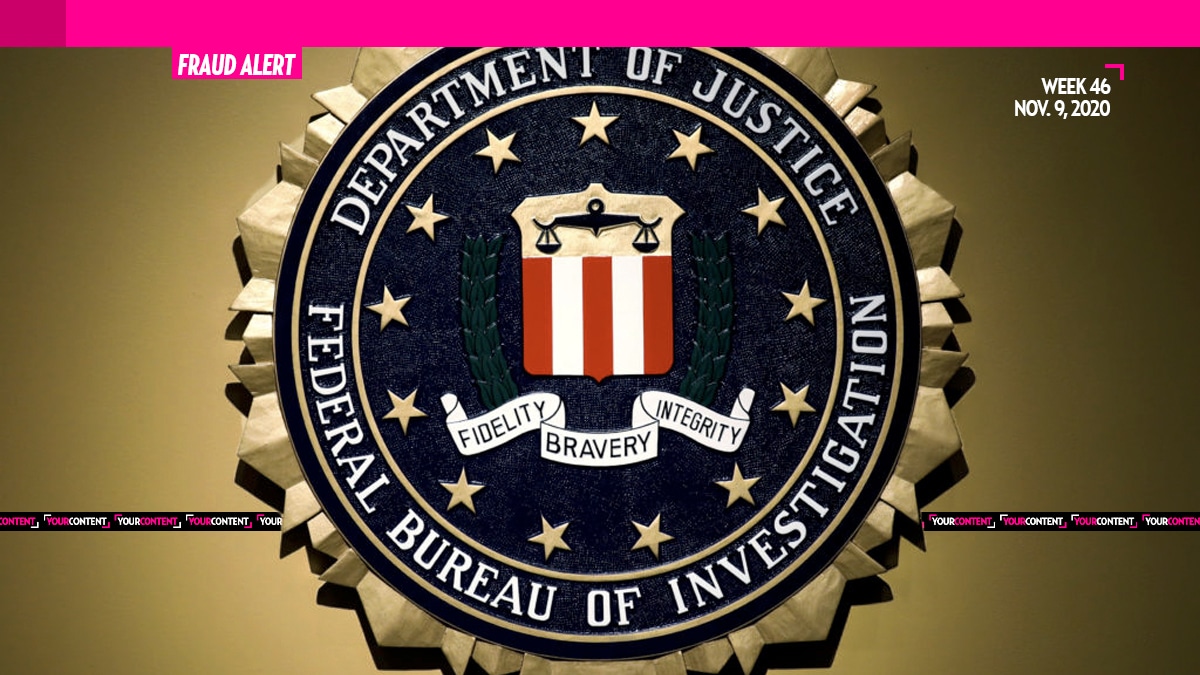 A Bonita husband and wife were sentenced in federal court today after using a non-profit to steal from their donors and cheat on taxes, Your Content has learned.

The two were sentenced to 9 months and 15 months imprisonment for using their charity to obtain donations from various companies – supposedly to give to the needy – and then selling those donations for a profit and failing to pay taxes on the profits.

According to plea agreements, Geraldine and Clayton Hill admitted they used lies and false promises to induce prominent companies to donate valuable goods to the Hills’ 501(c)(3) tax-exempt non-profit organization, known as On Your Feet, Inc., also known as Family Resource Center.  Instead of using all the clothing and other donations to help the down-on-their luck get back on their feet, as their charity’s name suggested, or to provide resources for families, the Hills brazenly sold many donated goods  for cash to be resold at discount outlets, and pocketed the proceeds.  By preying on the generosity of others, they managed to get valuable goods at no cost and tax-free, which they resold for their personal benefit. What is more, the Hills used the tax-exempt charity as their personal bank account and evaded their own tax obligations, cheating the IRS by failing to pay over $50,000 in taxes on over a million dollars in ill-gotten gains from their fraud.

According to court documents, On Your Feet, Inc. claimed to “provid[e] assistance to low-income families and individuals in need to better their living conditions and quality of life.” Beginning at least as early as March 2009, however, the Hills conspired to fraudulently obtain charitable donations of clothing and other items from multiple companies by falsely promising and certifying that they would not to sell the merchandise for profit. The Hills violated those promises, knowingly reselling donated merchandise and using the proceeds from selling donated items to financially support themselves, their family members and other associates.

The Hills tricked multiple companies, including Forever 21, Feed the Children, Brooks Sports and Goods360, into donating millions of dollars of goods to their so-called charity.  For example, in soliciting donations from Forever 21, the Hills falsely claimed in their marketing materials that “[t]he merchandise is never sold by On Your Feet Incorporated and any merchandise impossible to sell is disposed of.” In an email on May 20, 2015, to Forever 21, Geraldine Hill explained that the “routine for processing donated items” included “cutting [the] inside label in half” and “defacing [the] inside label with permanent marker,” and falsely insisted that “we’ve never had a problem with any donations we have received that companies have been so kind to donate.”  In fact, Geraldine Hill knew at the time she sent that email to Forever 21 that her statement was a lie, because at least three years earlier, she had learned that Disney no longer wanted its donations to go to On Your Feet because the donated goods were appearing at local flea markets for sale.

In reliance on Ms. Hill’s false promises that the goods would not be re-sold, in June 2015, Forever 21 donated to On Your Feet approximately 161 pallets of clothing, which Forever 21 estimated had a retail value of $5.6 million.

Immediately upon receiving the pallets from Forever 21, the Hills sold the donated goods to an operator of for-profit discount retailers. In September 2016, the Hills solicited additional donations from Forever 21 by promising to use them for a “Christmas Giveaway,” and in response, in October Forever 21 donated another 16 pallets of clothing with a retail value of $314,371.

Once again, immediately upon receiving the pallets from Forever 21, the Hills sold donated goods to the same for-profit discount retailer. Based on the Hills’ series of false representations, Feed the Children and Forever 21 – just two of the Hills’ multiple victims – donated over $16 million in goods between 2010 and 2017.

With their repeated lies, between 2011 and 2016, the Hills personally received proceeds from the fraud totaling over $1.3 million. They spent the money on personal expenses including luxury retail purchases, vacations, entertainment, vehicles (including a $124,000 Mercedes), rent on a seven-bedroom, seven-bathroom home, and donations to their church. In their plea agreements, they admitted that they paid no taxes on their illegal gains.

The Hills further exploited their non-profit organization to cheat in other ways.

For example, they falsified pay stubs claiming that defendant Clayton Hill earned a salary of over $100,000 from On Your Feet (even though the organization had never issued paystubs or W2s to Hill, and Hill was not claiming income in any tax filing).

Armed with the phony pay stubs to demonstrate their income, the Hills applied to rent a seven-bedroom, seven-bathroom home that cost $6,000 per month.

In reality, the organization had received millions of dollars in valuable in-kind donations, and hundreds of thousands of proceeds from the unauthorized sale of those donations.

By hiding the non-profit’s income, the Hills were able to hide their own income. As a result of the Hills’ fraudulent concealment of their income, they avoided paying $50,933 in tax years 2013 and 2014.

In addition to their prison sentences, the Hills were ordered to pay $50,933 in restitution to the IRS; a further restitution hearing related to the donor victims is scheduled for December 11, 2020.

“Geraldine and Clayton Hill abused the generosity of charitable donors and used their non-profit charity organization as their personal bank account,” said U.S. Attorney Robert Brewer. “Although all tax evasion is serious, the conduct by the Hills is particularly offensive because they have undermined the faith of donors in charitable giving.” Brewer commended Assistant U.S. Attorney Rebecca Kanter and Trial Attorney Valerie Preiss of the Justice Department’s Tax Division, as well as agents from the IRS and FBI for their excellent work on this case.

“The Hills’ fraudulent scheme undermined legitimate charities with true intent to benefit low income families in order to satisfy their personal greed and an indulgent lifestyle,” said Suzanne Turner, Special Agent in Charge of FBI San Diego. “The FBI is hopeful that this sentence will send a message to anyone who would try to take advantage of the generosity of donors intending to help those in need.”

“Geraldine and Clayton Hill lied to unsuspecting donors about the direction of charitable contributions and engaged in tax fraud to cover their trail,” said Jim Lee, Chief of IRS Criminal Investigation. “Unfortunately, the donors were well-meaning organizations interested in helping the needy and this fraud prevented real people in need from receiving assistance. IRS Criminal Investigation works tirelessly to ensure that criminals like the Hills are brought to justice. In cases like these, not only do the needy of our communities suffer, but also taxpayers and the United States government.”