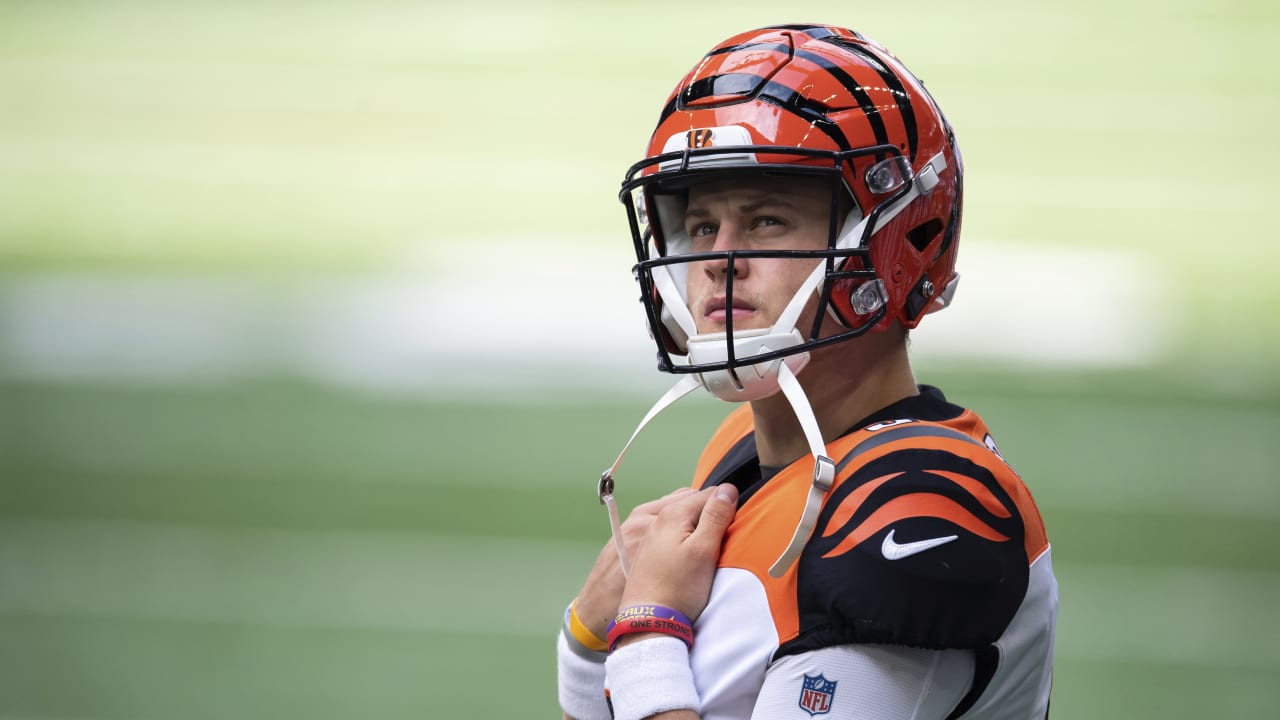 Obviously to start the football game, your offensive line had real control of the line of scrimmage today in that first quarter. Did they tweak anything? Did they do anything differently or did they just execute better after that?

“No, we knew it was a really good defense that we were facing. We had some success early and did feel like later in the game we had some stuff as well to play off of it. We just didn’t get enough points on the board in the second half, but I feel like our guys did a good job, made some plays there when we needed them.”

Third down, defense kept themselves in pretty good third-and-seven or more situations there a few times. They let the Colts convert seven out of 11, they came into the game converting less than 35 percent of the time. That had to be frustrating.

“Yeah, that was a big part of the game obviously and they did a nice job. You give Philip Rivers some time and he can get a feel for what you’re doing and he’s going to dice you up. Everything together, that’s the pass rush, getting to the quarterback and effecting him. We had no sacks and then just the coverage holding up there on the back end.”

This team hasn’t won on the road in two years. Do you get a sense that it’s starting to get in the players’ heads a little bit?

Can you go through the decision on why Samaje Perine on that key third down? Is it just the way the play was called? He hasn’t gotten a lot of touches obviously this year.

“Yeah, it’s third-and-one – fullback play. Just a fullback dive play. I felt like he was best suited for that job.”

Geno Atkins didn’t look like he played much at all. Did he regress?

“I thought the passing game was in good rhythm there. Everybody was involved really at every position. There were some good throws to backs too, some stuff that got us some good yardage. I know we had the two sacks, it felt like he had time back there in the pocket. He did a nice job. Again, ultimately it’s just – there was a drive there I think at the end of the first half there that we punted, we felt like we should’ve gotten more there. Kind of shot ourselves in the foot and then obviously the third-and-two there – it was a third-and-long one, third-and-two there to start the second half. We had quit getting going, felt like there could’ve been a conversion that we just missed on so those were some key plays in the game.”

“You know, he came back and played, so that’s really the extent of what I know right now.”

You guys have dropped a lot of one-score games. I mean, out of all of those, is this maybe the toughest to swallow because of the position you all were in at one point?

“Yeah, it’s a tough one to swallow for sure. Again, we didn’t earn it and you gotta challenge the team. Everybody could have done one more thing to help us get this win and that’s all of us. It’s the coaches and the players and everyone’s gotta be accountable for that. We put ourselves in a tough position here with just one win and it doesn’t matter if you feel like you’ve done better than that, it doesn’t matter, your record is what it says you are and we gotta go and earn these wins man. It’s tough to beat good teams on the road. I felt like we certainly had some opportunities and we just didn’t do enough to make it happen and they did and that’s the bottom line. You’ve got to give your hats off to them.”

How do you guys feel like you did on the last series of the game and what happened on that last play?

How do you make sure that this doesn’t linger?

“Yeah, you gotta have those conversations with everybody on the team, it’s not just addressing the team, it’s making sure we’re in great communication with the key leaders on the team and making sure everybody is pointing the same direction. But again, this thing, the way that we feel like this locker room is built right now, it’s trending in the right direction to handle adversity. Sometimes it is tough sledding like it is right now, but I do feel confident. Again, we said last week, don’t hit the panic button and we come out on the road against a good team and start strong and don’t finish the right way necessarily, but we know that we’re capable of doing it the right way, we just haven’t done it yet. But again, I have a ton of confidence in the players in that locker room that they’re going to pull together, be stronger and we have a big divisional game next week.”

Maybe the game plan doesn’t change, but does the mindset change at all?

“No, we made clear that the mindset didn’t need to change. I knew that they were capable – he’s capable of getting in rhythm, scoring points and just watching their tape, he can push the ball down the field and score quickly. They tried to a couple of times, they missed a few and they hit a few, but that’s what you know about them. So not for one second do you relax and change the way that you’re calling anything and I felt like we didn’t do that. I should say, I felt like we stayed with the plan that we believed in and didn’t alter just because we had a lead and again, we just didn’t execute well enough.”

At some point when you have one win in six games, do you feel like you do need to have some wins to prove that at least to you guys on the inside that you are trending in the right direction?

“Well it validates what you’re doing and ultimately that’s why we’re here. We’re here to win football games and that’s what makes everybody happy. But at the same time, we’re not going to compromise the way that we go about things because the way that we’re built right now we feel like we should be winning some of these football games against good football teams and it just hasn’t gone our way yet. But again, just like last week, we’re not going to panic, we’re going to keep coming to work. I do feel like a lot of the habits in the building are improving to where at one point the time is going to turn and we’re going to gain some momentum and we’re going to make believers of everybody outside the building because we got the guys in the building. Again, it’s just putting our best foot forward and going and getting a win next week against Cleveland.”

“There’s a lot of conversation that we have upstairs and down below. That key one, fourth-and-one to have a chance to take the lead in the fourth quarter. Our offense had gotten two turnovers at that point in the game and I just believed in those guys that they were going to be able to get a stop for us if we converted that 48-yarder. We didn’t, it hit the cross bar and that’s the way the game goes, but it wasn’t an easy decision when you’re in fourth-and-one to have a chance to go for it. I felt like it was middle of the fourth quarter, we can go take this lead, rely on our defense to get a stop and then finish the game the right way. Again, it just didn’t work out for us, but I don’t know that I would change that decision.”

You talked about Philip Rivers getting in a rhythm when he gets time. Would you have liked to see Lou Anarumo heat him up a little bit more and send pressure?

“We pressured we just didn’t always get home. I say get home – they picked it up, they do a nice job. So it’s not always as simple as just calling pressures and thinning out your back end. That can be tough if they do a nice job of picking it up, so there’s a balance there. Again, it takes everybody on the defense. Sometimes just a four-man rush, you gotta go effect the pass rush well and we’re counting on those guys up front to do that.”

Xavier Williams comes off the street basically and gives you all of the snaps he gave you. What are your thoughts about him?

“You know, I’m not in a position to say that right now. I saw him out there on the field a lot. I’ll watch the tape to get a better evaluation of those guys inside.”

What are your overall thoughts on Anarumo and the defense in general right now after six games?

“I feel good. They’ve got one of the better offensive lines in the NFL and we know that we’ve had some issues. We’ve lost what, six guys inside now and so it is a challenge at times. I feel like our guys are believing in what we’re doing and again, it’s just a matter of we come out and start that game strong and put them in a tough position, our defense plays with their hair on fire and then a couple things didn’t go our way. Again, if we would’ve put points on the board on offense at the beginning of the third quarter, late in the second quarter, then the defense kind of has that pressure off of them a little bit and can go back and play like they were in the first quarter, but it’s on this entire team.”

10 inspirational quotes on following your heart when in doubt – YourStory