Blog
Home Travel Could the ‘CommonPass’ app help save the travel industry? – Euronews

Could the ‘CommonPass’ app help save the travel industry? – Euronews 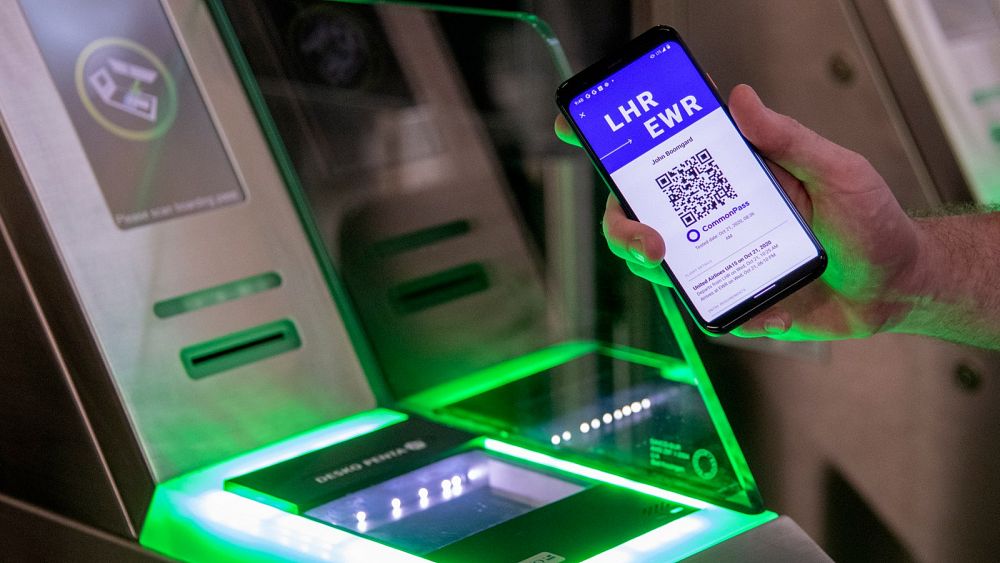 A smartphone app has been tested which could make it easier for international airline passengers to securely show they’ve complied with COVID-19 testing requirements.

The test has been organized by Switzerland-based Commons Project Foundation, in an attempt to help get people back to flying after the pandemic sent global air travel down by 92 percent.

Volunteers on United Airlines Flight 15 from London’s Heathrow to Newark Liberty International Airport, were tested at the UK airport for COVID-19.

The results are shown to officials on arrival in the U.S. on the CommonPass digital health pass, stored on volunteers’ smartphones.

“It’s called CommonPass, and it allows travelers to get tested before they travel, upload their results to CommonPass and then document that they’ve actually been tested, satisfied what other requirements exist for the countries they’re traveling to for the purposes of being able to board the flight and enter the country.”

The pandemic has led to a patchwork of travel bans, quarantines, and testing requirements, with each country imposing its own rules.

Testing is seen by airlines as a way to reassure passengers and allow people to skip quarantines, but there’s no common approach.

When it comes to testing, passengers may present paper documents in different languages and from labs unknown to authorities in a given country, says Meyer:

“Previous methods were people showing up with pieces of paper, with test results or pieces of paper with vaccination records, and there’s no way of verifying them. And there have been instances of fake certificates.”

“What this is doing is making this a secure electronic mechanism so that airlines and countries can actually have confidence that people who have gotten tested actually did get tested.”

The CommonPass project, carried out in cooperation with the Switzerland-based World Economic Forum, aims to establish standard ways to verify lab results and, later, vaccination records, even if governments continue to set different health criteria.

“The airline’s international volumes have been substantially reduced through the COVID crisis, and they’re keen to start flying again. But in order to start flying again, countries need to begin to allow borders to be opened and need the confidence to be able to do that. And CommonPass aims to help them do that, ” says Meyer.

J.D. O’Hara and Hermann Elger were volunteer passengers testing the app during the flight from the UK to the United States.

“When we arrived at Heathrow Airport, we deplaned and went through immigration, as you normally would. We then proceeded to a testing facility and had a COVID test. It was a five-minute procedure. Within 30 minutes our results were negative results, of course, were uploaded to the CommonPass app,” O’Hara says.

O’Hara and Elgar both work in the travel industry and feel the app was a “quick, efficient way” to satisfy travel requirements during the pandemic.

“On my phone, you’ve got the actual barcode and the health pass itself. And if I want, I can open up the full details of the test; what the testing entailed, what the results were,” Elgar explains.

Passengers can use the app to find participating labs and testing sites, retrieve lab results and complete health forms.

The app and its associated data platform can confirm their results are in line with the destination’s requirements and generates a QR code that authorities can use to confirm compliance.

The foundation says this system protects privacy because people do not need to share their health information, only compliance or noncompliance.

Additionally, CommonPass could be deployed by countries without waiting for a broader international agreement.

The system is intended to be adaptable whenever requirements change.

Manuel Paulino, a passenger not involved with testing the app, believes it would make passengers feel safer.

Paulino, who’s coming back from the Dominican Republic, says he wore a mask during his flight, but not all passengers were socially distanced.

“An application like that would just solve a real problem that we have right now,” Paulino says, after landing at Newark International Airport.

“I believe an app like that will save time for everybody. Make sure that everybody’s tested.”

Scientists warn there are concerns about the accuracy of some rapid tests.

People can be infectious for several days before they show symptoms, and these people may also test negative.

Officials from the U.S. Centers for Disease Control and Prevention and Customs and Border Protection were observing the test.

The system looks forward to the day when travel may be determined not only by testing but by the need to show vaccination records.

Holiday travel tips during a pandemic: What to expect at the airport, on the road this season – cleveland.com