COVID-19: England goes back into lockdown as cases spike around Europe – Euronews 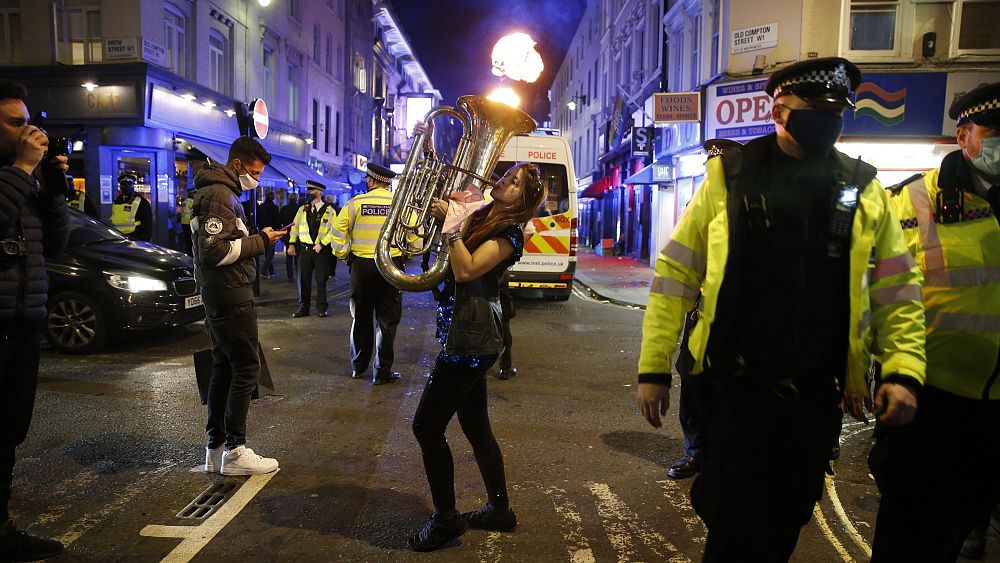 England has entered a second confinement period in an attempt to stop the spread of coronavirus.

People enjoyed a final night out in pubs, bars and restaurants on Wednesday, before the second lockdown came into force, with authorities hoping to stop the healthcare system from becoming overwhelmed.

Non-essential shops and businesses, such as pubs, restaurants, hairdressers, gyms, clothes shops and cinemas have been forced to close until at least December 2.

Unlike in the spring lockdown, schools and universities in England will stay open, along with construction sites and factories.

Business owners have been airing their grievances over the decision, which comes ahead of the festive period, which the government has said it hopes to be able to open up again for.

England’s public health system has moved to its highest level of emergency preparedness from Thursday.

The UK has the highest death toll in Europe with nearly 48,000 deaths linked to the virus.

England joins other European countries in rolling out a second tranche of strict measures to get a grip on the virus.

In Italy, prime minister Giuseppe Conte has signed off on a curfew throughout the country, which will come into force on Friday and last for a month.

People will have to stay in between 10pm and 5am. High schools will be closed and shopping centres will also have to close over the weekend.

The 20 regions of Italy will be divided into green, orange and red zones according to the seriousness of the epidemiological situation, in which more or less restrictive measures will be applied.

In Cyprus, where a night-time curfew throughout the country is in place from Thursday until 30 November, there is concern about the number of cases. “The daily increase in cases can reach uncontrollable proportions, threatening the health system, jobs and the well-being of all,” President Nicos Anastasiades warned on Wednesday.

In Portugal, where around 70% of the population have been affected since Wednesday by a more flexible reconfinement than that of the spring, the government could soon take stricter measures. The country’s daily death toll on Wednesday was its highest since the start of the health crisis, with 59 deaths and 7,497 new infections.

Elsewhere, the Netherlands has closed museums, cinemas, zoos, sex clubs for a fortnight; Austria has imposed a night curfew.

Poland has announced the closure of cinemas and most shops in shopping malls, as well as a complete switch to distance learning.

And in Hungary, Prime Minister Viktor Orban has imposed the return of a state of emergency allowing him to govern by decree, saying he fears hospitals could be full by mid-December.

On Wednesday Russia recorded 19,768 new cases of new coronavirus and 389 deaths, beating records set a few days ago. But the authorities still say they do not plan any major containment measures in the country.

As Amazon soars during the pandemic, publishers that rely on it now feel left behind - CNBCMay 2, 2020
Unemployed because of coronavirus? How to make money from home right away - USA TODAYMay 31, 2020

Moderna: EU in talks to buy up to 160 million doses of coronavirus vaccine – Euronews