Blog
Home Music Debussy: where to start with his music – The Guardian
Music

Debussy: where to start with his music – The Guardian

It was a description he always rejected, but Claude Debussy (1862-1918) is often thought of as an impressionist, a musical equivalent to Monet or Renoir. But he was much more than a composer of ravishingly delicate piano pieces and luminously coloured orchestral tapestries. Together with Igor Stravinsky and Arnold Schoenberg, Debussy was one of the great pioneers of modernism. Without him, the course of 20th-century music might have been very different, and his influence is still felt today.

Debussy’s most famous tune is Clair de lune, the wistful third movement of his Suite Bergamasque, composed in 1890. It’s been used to advertise everything from airlines to toilet rolls, and incorporated into countless TV scores and films, including Westworld, The Right Stuff, Twilight and Ocean’s Eleven.

Another piano piece, the first of the two Arabesques, is almost as ubiquitous, and was sampled by Alicia Keys for Like the Sea; while Rêverie, also from the early 1890s, is heard in Martin Scorsese’s 1980 film Raging Bull in the form of My Reverie, as recorded by Ella Fitzgerald in 1938.

Born on the northern outskirts of Paris, Debussy’s early family life was chaotic, and it wasn’t until he began studying at the Paris Conservatoire aged 10 that he received any formal music education. He originally wanted to be a concert pianist, but by the time he was 18 his attention had switched to composing – mostly songs at that stage. In 1884 he won the prestigious Prix de Rome with a cantata, L’Enfant prodigue, even though he regularly ignored the “rules” of composition laid down by his teachers. The prize allowed him to study in the Italian capital, but he hated the two years he spent there. But he did meet Liszt, and composed another cantata, La Demoiselle élue, as well as his first substantial orchestral piece, the symphonic suite Printemps, and several of the settings of poetry by Verlaine that eventually became part of the Ariettes oubliées song cycle.

Back in Paris, Debussy heard Tristan und Isolde for the first time and went to the Bayreuth festival, and for a while Wagner’s music profoundly shaped his own, though he would come to regard it as marking the end of an era rather than the start of something new – “a beautiful sunset that was mistaken for a dawn”, as he later put it. Rimsky-Korsakov’s music left its mark, too, but perhaps the most persistent influence from that period came from Debussy’s visit to the 1889 Paris Exhibition, where he heard a Javanese gamelan. The sound of the ensemble and also the scales and rhythms it used left a profound impression, as the movement Pagodes from his piano suite Estampes, which eventually appeared in 1903, showed.

Recognition as a composer came slowly. Debussy’s only string quartet was first performed in 1893, the same year he attended the premiere of Maurice Maeterlinck’s play Pelléas et Mélisande, and immediately saw its operatic potential. (He’d already made several attempts to compose an opera, all abandoned, and only one, Rodrigue et Chimène, is left as any more than a fragment.) By the end of 1894 the first act of Pelléas was drafted, but the decisive event that year was the first performance of Prélude à l’après-midi d’un faune, the 10-minute orchestral evocation of the languorous eroticism of a poem by Stéphane Mallarmé that’s now regarded as one of the most significant moments in the history of modern music. 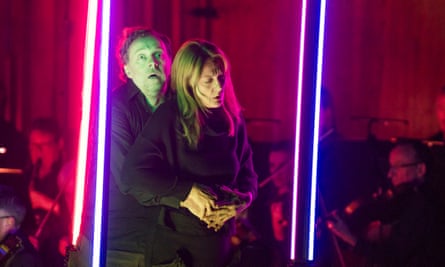 Magdalena Kožená as Mélisande and Christian Gerhaher as Pelléas in a semi-staging of Debussy’s opera at the Barbican in 2016 with the LSO and Simon Rattle. Photograph: Tristram Kenton/Guardian

Mallarmé attended the premiere of the Prélude with misgivings about the idea of his poetry becoming the starting point for music, but he was overwhelmed, and sent his congratulations to the composer. Though Debussy was often regarded as personally aloof, few great composers have cultivated their links with writers, artists and other composers more assiduously than he did. As his songs inspired by works of Verlaine and Baudelaire had already shown, he was totally immersed in the highly suggestive world of symbolist poetry. The mysterious, threatening world of Pelléas (premiered at Paris’s Opéra Comique in 1902), as well as those of the two opera projects based on stories by Edgar Allan Poe, on which he worked in the last decade of his life, are much closer to that of symbolist writers, and to painters such as Odilon Redon and Gustave Moreau, than to anything in impressionism.

Parts of Pelléas still show traces of Wagnerism, and of Parsifal in particular, but Debussy was rapidly establishing his own individual musical world, which he’d begun to explore in Prélude à l’après-midi. It’s a world of ravishing instrumental colour, and fleeting, constantly shifting sensations and musical images, as in the orchestral Nocturnes of 1899. In orchestral terms it was the very antithesis of writing a symphony, and in the “symphonic sketches” of La Mer, and the orchestral Images that followed, Debussy found his own ways of building large-scale orchestral form. And, in two books of Préludes for solo piano and the smaller sets of Images, he continued his explorations of colour and sonority on a smaller scale, as well as testing the limits of music’s ability to suggest and evoke moods and pictorial images. 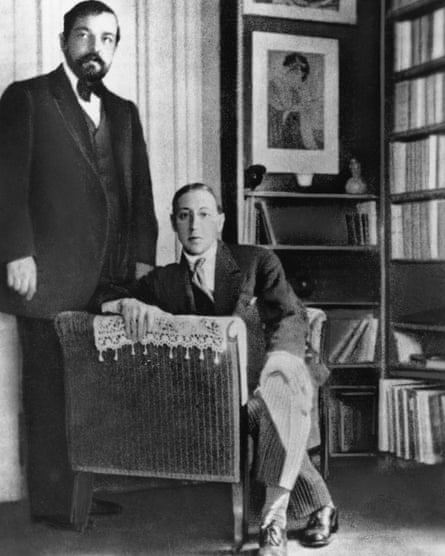 He’d worked on La Mer in Eastbourne, where he stayed for a couple of months in 1905 to escape the scandal raging in Paris around his affair with Emma Bardac, after his separation from his first wife, Lilly, who had attempted suicide as a result. Several of his fellow composers, including Ravel and Dukas, supported Lilly, and it wasn’t the first time he’d fallen out with colleagues over his infidelities; in 1894, one of his closest friends, Ernest Chausson, disowned him after he broke off his engagement to singer Thérèse Roger. A year spent as a trenchant music critic, writing under the pseudonym of Monsieur Croche, can hardly have helped Debussy’s relationships with other composers – some of the wounds from his reviews never healed.

If the Franco-Prussian war had disrupted Debussy’s childhood – his father had been imprisoned for his part in the Paris Commune that followed – then it was the first world war that cast a shadow over his final years. The “poème dansé” Jeux, with its intricate mosaic of interlocking episodes and themes, was commissioned by Sergei Diaghilev for the Ballets Russes and given its first performance just two weeks before the notorious premiere of Stravinsky’s Rite of Spring. It proved to be his last orchestral work. As Debussy’s health steadily worsened, he devoted the war years to smaller-scale projects: the two-piano suite En blanc et noir, the piano Études (a homage to Chopin), and a projected set of six sonatas for different instrumental combinations, of which he lived to complete three, for violin and piano, cello and piano, and for flute, viola and harp. These final pieces have a clarity and austerity that was quite new in Debussy’s music, and which seems to anticipate the neoclassicism that composers such as Stravinsky would develop the following decade.

Why does he still matter?

“The flute of the faun brought new breath to the art of music”, said Pierre Boulez, and it’s no exaggeration to say that modern music began with the first performance of Prélude à l’après-midi d’un faune in 1894. Debussy’s music left its mark on a huge range of 20th-century composers, even such a giant, iconoclastic figure as Stravinsky, who had played through the score of his Rite of Spring with Debussy before its notorious first performance in 1913; another of Stravinsky’s most radical works, the Symphonies of Wind Instruments, was dedicated to Debussy’s memory. Bartók’s early pieces show Debussy’s influence, too, as does the music of utterly dissimilar composers such as Delius, Britten (in his early works, at least) and Messiaen. As well as Boulez, in the second half of the century Ligeti and even Steve Reich were indebted to him, and, among British composers, Oliver Knussen and George Benjamin both acknowledged how much they owe him. And that influence extended well beyond the “classical” world. Duke Ellington learned a great deal from Debussy’s scores, while a lot of the harmonic language that Bill Evans used, both in his solo playing and in his work with Miles Davis, comes from Debussy’s piano music, too. 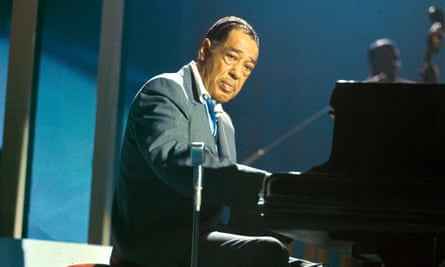 Composer, pianist and bandleader Duke Ellington (1899-1974), who was influenced by Debussy Photograph: Redferns

The most compelling version of Pelléas et Mélisande was recorded in occupied Paris in 1941, with a Francophone cast conducted by Roger Désormière, but there are also several fine, more modern recordings, especially those under Claudio Abbado, Charles Dutoit and Boulez. Boulez’s discs of Debussy’s orchestral music are outstanding, too, stripping away the romantic glosses that some conductors apply to the scores, as do performances by Bernard Haitink and Simon Rattle.

For the piano works, the French-born Walter Gieseking is regularly invoked as the first great Debussyan on disc, while Arturo Benedetti Michelangeli’s performances are even more fastidiously controlled and ravishingly coloured. Among contemporary pianists, those by Mitsuko Uchida, Krystian Zimerman, Jean-Efflam Bavouzet and Pierre-Laurent Aimard are all, in their different ways, exemplary. But most spine-tingling and revealing of all are the acoustic recordings and piano rolls of Debussy playing his own piano works, as well as accompanying the first Mélisande, Mary Garden, in a section of the opera and in some of his songs.

Music of the Moment 6 – The LumberJack