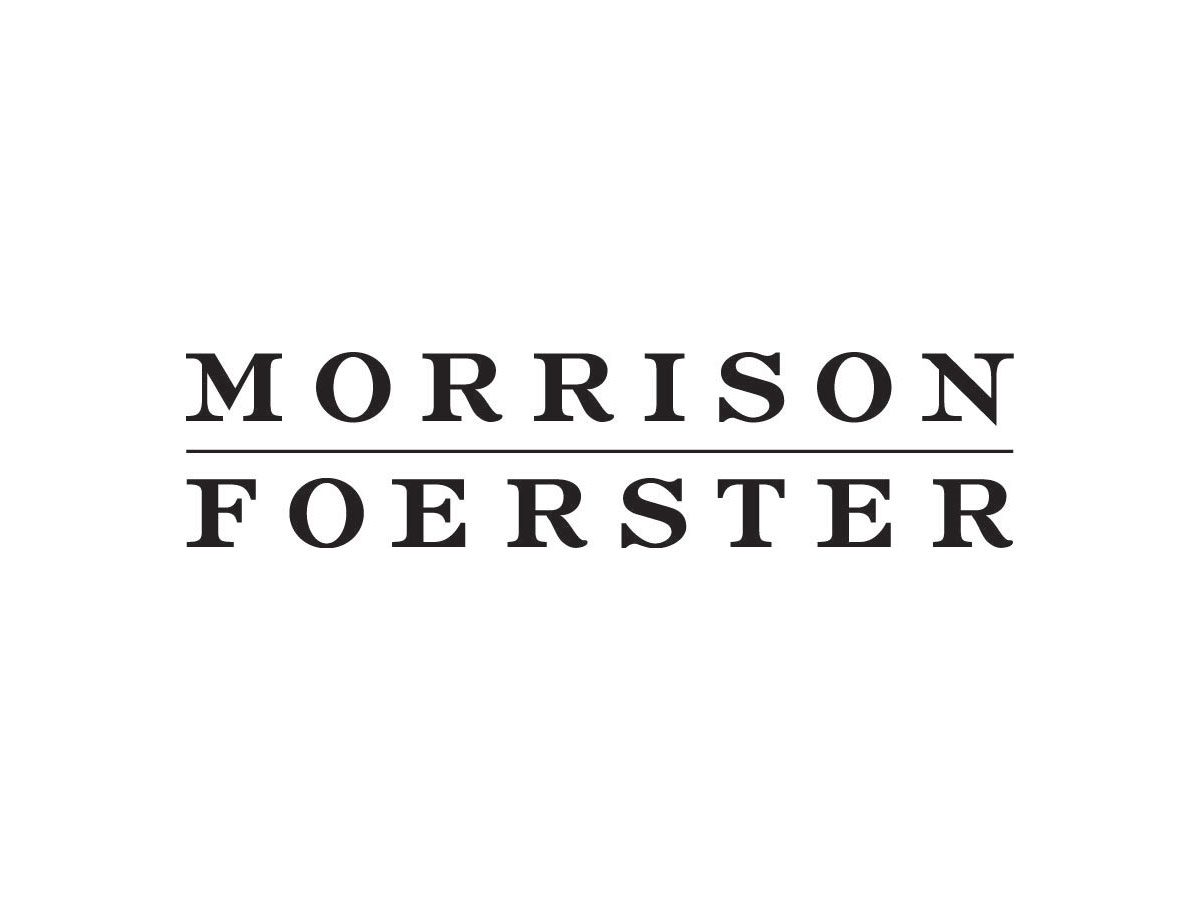 Over the last decade, impact investing has become a significant focus of many nonprofits, just as it has captured the attention of investors who care about social benefit or environmental results as much as financial results. The IRS recently issued a ruling that is a warning to public charities engaged in developing impact-investing opportunities and may discourage foundations seeking to make program-related investments (PRIs) by investing in certain impact funds. At the very least, public charities should reassess the investment terms of funds that they manage to ensure that such investments are focused on the charitable purpose or impact. Any investments that are also focused on investor returns should be channeled through a for-profit SPV or a fund that is not managed by a public charity.

The private letter ruling[1] released on October 9, 2020 denied federal tax exemption under section 501(c)(3) of the Internal Revenue Code to a nonprofit organization that structured and managed double‑bottom-line impact investment funds. The IRS concluded that managing double-bottom-line investment funds that seek social or environmental impact as well as market or near-market financial returns for investors is not a charitable activity.

Tax Exempt Parent. According to the facts analyzed in the ruling, a nonprofit corporation (which we refer to as the “Manager”) was formed separately from its tax-exempt “parent” organization (which we refer to as the “Parent”). Despite being separate entities, the ruling noted that the two entities were operationally integrated. The Manager shared space and services with the Parent, and the Manager shared employees with the Parent to keep costs down. Certain officers and employees were “dual-hatted” between the Parent and the Manager.

The Manager. The Manager applied for tax exemption separate from its Parent, which led to this ruling. The Manager’s organizational documents provided that it was formed exclusively for charitable purposes. The Manager’s stated purpose was to deploy capital into projects that promote a social good and that otherwise struggle to find financing in normal capital markets. Specifically, the Manager’s charitable purposes included increasing the capital available to organizations that develop and/or operate (i) long-term affordable housing for the economically and physically disadvantaged, (ii) community facilities such as schools and community health centers, (iii) businesses providing access to healthy foods, (iv) sustainable energy projects, (v) commercial real estate, and (vi) other projects that may increase social welfare. The Manager also focused on enhancing economic opportunities in low-income and underserved communities and on improving air quality and mitigating potential negative effects of climate change.

As part of its initial review of prospective investment opportunities, the Manager established a due diligence screening process that analyzed the merits of each potential portfolio company by assessing, among other things, the cash flow projections, financial statements, value of collateral and marketability, business plans, and market analysis. The IRS found that this process focused on the return profile of the investment before the Manager conducted further due diligence on the social and environmental benefits of the investment.

The Funds. The Manager sponsored two private investment funds to raise capital from impact investors, which were described as investors who wanted to see their investment accomplish positive social and environmental objectives and earn “near-market” financial returns.

1. Small Cap Fund. The Small Cap Fund was formed a limited partnership for the purpose of making loans to social impact projects involving preventive health and social services. Examples of projects it funded included two pay-for-success projects, one involving housing and social services for the chronically homeless and the other providing social services to individuals in prison to prevent recidivism. In both investments, the loans were not commercially financeable due to the lack of collateral and the experimental nature of the programs, and the programs were administered by an IRC Section 501(c)(3) public charity.

2. Energy Fund. The Energy Fund was formed as a limited liability company for the purpose of financing small-scale energy efficiency and clean energy project finance. This fund had invested in two projects, both loans. One was to finance energy-efficiency upgrades in nonprofit affordable housing, and the other was to fund energy-efficiency upgrades in a nonprofit senior living facility. Again, these loans were not commercially financeable due to the lack of collateral and the small size of the borrower.

Notably, the IRS did not challenge the charitable nature of the funds’ investments. The fund investments described in the ruling appear to have a strong case to be deemed charitable activity; they consist primarily of loans to nonprofits that are unable to access credit, and the purposes for the loans appear to be charitable. Grants made for the same purposes likely would not be challenged. The IRS, however, did not view the funds’ investment activities to be sufficiently charitable to overcome the commercial aspects of the Manager’s fund management activities.

Instead, the IRS analysis turned on the commerciality doctrine, finding that the following factors demonstrated that the Manager was primarily engaged in a non-charitable commercial trade or business of managing private investment funds for a fee, with a substantial purpose of providing market or near-market returns to investors:

Based on these factors, the IRS denied exemption, ruling that the Manager was not operated exclusively for charitable purposes because a substantial portion of its activities consisted of managing investment funds for a fee, which provided a market or near-market return for investors. The IRS said, “any charitable objectives or results are incidental to your business purposes of maximizing returns for your investors.” Although all of the investments cited in the examples were loans to charities for what appear to be clearly charitable purposes and the Manager appears to have provided a vigorous defense of the charitable nature of the funds’ investments, the IRS found that the operation of the investment funds was indistinguishable from commercial for-profit investment management activity.

Since it focused on the unrelated business and commerciality analysis, this ruling did not reach a number of other questions that might have been considered. It did not discuss whether sustainable energy and energy efficiency qualify as charitable purposes. No mention was made of private benefit to investors or investees. The ruling cited many factors reaching its conclusion, but it does not provide a clear sense of which factors were critical. Could the nonprofit operate a fund in the same manner but clearly prioritize impact criteria over financial criteria in selecting investments? Is all double‑bottom-line investing problematic for charities, or just the management of such funds for the benefit of other investors? The ruling also did not address the pass‑through impact of the investment fund structures on tax exemption. The ruling seemed to suggest that the ability of employees to invest in the funds, thus sharing in the profits, is a negative factor, but did not discuss this issue.

The ruling clearly indicates that a charity cannot have a substantial activity that involves directly or indirectly (through limited partnerships or LLCs treated as pass‑throughs) operating impact investment funds that are marketed as offering significant financial returns to investors. A charity that otherwise qualifies for tax exemption could conduct such activities in a corporate subsidiary or LLC taxed as a corporation.

The ruling also indicates that the IRS is not receptive to charities serving as general partners or investment managers of such investment funds if that is a substantial activity of the charity. The ruling describes such activities as an unrelated trade or business. Under IRS authority, an unrelated trade or business can jeopardize a charity’s tax exemption if it is a substantial part of the charity’s overall activity. Substantiality is measured by an array of factors, but it generally compares the expenses, revenues, assets, and personnel time related to that activity to the expenses, revenues, assets, and personnel time of the charity overall. The ruling’s commerciality and unrelated business analysis suggests that a charity with substantial charitable activities (other than investment) should be able to operate such a fund as an insubstantial unrelated business activity and simply pay unrelated business income tax.

The ruling signals that charities that wish to participate in, or promote, impact funds that promote returns in addition to impact would be well advised to participate via a for-profit SPV or to allow a for-profit RIA or manager to make the investment decisions.

It is unclear what impact this ruling might have on PRI investors. The impact investment fund industry, both charitable and commercial, views PRI investing as an enormous untapped resource waiting to be unleashed. Private foundations have increasingly viewed investments in such funds as appropriate additions to their PRI impact portfolios. The IRS ruling suggests that commercial fund operations and market-return expectations essentially cancel out the charitable nature of the investments (loans to charities for what appear to be charitable purposes). The use of the nonprofit’s fees to pay the operating costs of the private investment funds and the nonprofit’s cost-sharing with its charity parent were criticized as enhancing the investors’ financial returns. Does this cast a shadow on the use of PRI or philanthropic capital to subsidize the returns of other investors in impact funds or other impact investment structures? Under the circumstances, it would not be surprising if PRI investors become more hesitant to make such investments.

The IRS has declined to modify its PRI regulations to expressly permit investment in such funds. However, two older rulings may provide guidance to PRI investors seeking a path to fund impact investments. In PLR 200136026 and PLR 200610020, the IRS approved PRI investments in double-bottom-line investment funds whose investment activity was consistent with the foundations’ charitable purposes. Those rulings can be distinguished from the new ruling in several ways. Although both funds expected to generate financial returns, they were expected to achieve a substantially lower rate of return than commercial fund investments of comparable risk. Both funds also had substantial noncommercial aspects to their investing. One fund adopted robust international environmental standards and procedures to assess impact, and used an independent advisory board of scientists, government officials, and NGO representatives to advise on investment guidelines and evaluate each investment against the environmental standards. The other fund invested exclusively in minority businesses in low-income communities, again applying rigorous standards that met traditional IRS charitable criteria. It also had a significant educational component, requiring investors to participate in a substantial voluntary educational program and serve as technical advisors to the small businesses. These rulings suggest that there still is a path for PRI investment in funds that prioritize rigorously monitored impact over return and expect substantially lower returns than investments with similar risk.

[1] PLR 202041009. A private letter ruling, or PLR, is a written statement issued to a taxpayer that interprets and applies tax laws to that taxpayer’s represented set of facts. A PLR may not be relied on as precedent by other taxpayers, but it does provide some informal guidance as to the IRS position on the issues addressed in the ruling.

Uruguay's unified response to COVID-19 has helped it avoid the same fate as its neighbours - ABC NewsNovember 2, 2020
PayPal Users Can Buy Bitcoin With the Crypto Currencies Hub - Market RealistNovember 2, 2020

Hello Anxiety and Uncertainty — Again – The Chronicle of Philanthropy