The age-old adage has served me well in most areas of my life, with cheap alternatives to products being short-lived and inferior. But one domain that I have noticed a shift is in photography, and I’m starting to wonder if it’s even good advice for photographers anymore.

When I bought my first camera, a secondhand Canon 350D, thanks for asking, I learned the hard way that buying cheap often meant buying twice. Like many new photographers, I was trapped between desire and either a lack of funds or a lack of justification for using the funds. It was a new hobby. and while I was obsessed with macro photography, a dedicated lens and flash for it would have seen me part ways with the best part of $2,000, which wasn’t possible for a guy at university. So, I had to find ways around the problem, which took me down a path that taught me a number of lessons; lessons which may or may not be relevant anymore, for the most part at least.

My first example of buying cheap and buying twice was indeed a flash for macro. I wanted the Canon Macro Twin Lite MT-24EX (which in retrospect, has more than lasted the test of time and might have been a worthy investment after all), but it was out of my budget. I can’t recall a Canon macro ring flash at that time, but if there was, it too was out of my price range. So, I went on eBay, and I bought an unknown brand’s ring flash. It looked as if it could do the job, but in actuality, it was useless. Its maximum power was tepid at best, its model lamp could barely light its own diffuser, and its fastest sync speed was pitiful. I ended up having to buy a well-reviewed ring flash for many times the price of the rubbish I bought before. 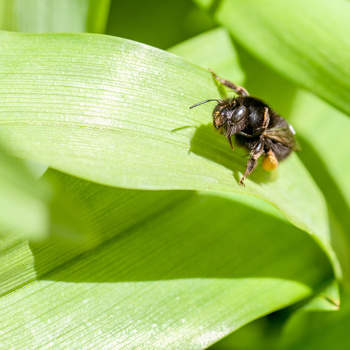 The next few years were filled with more or less the same story. I bought ND32 filters that were so green and made the image so soft I binned them (though I believe I ended up cutting some welding glass, which did a better job), I bought cheap tripods that ended up having the stability of a tired drunk, and I bought camera bags that were neither good at holding equipment nor looking good while doing it. The amount of money I spent as foreplay for buying something more substantial makes my toes curl. There were occasions in which buying a cheaper option was probably the right move (camera batteries, lens hoods, and other basics), but generally, it was a fruitless endeavor.

The Seismic Shift in Value

There was a time when venturing away from the fundamental brands for damn-near anything was a false economy. One of the first areas to change happened to be one of the most important, though: lenses. Those brands which either didn’t manufacture cameras, or didn’t manufacture them very often, were creating lenses that were fast encroaching on the quality of lenses from the Canons, Nikons, and Sonys of the world. Not only that, but to compete in the area, they knew they had to do it at a lower cost, and that’s where their niche was: create products as close to the best available for a significantly lower cost.

Even as recently as 10 to 15 years ago, off-brand lenses were cheaper but showed it. Even if the optical quality was more or less on par, the build quality was not. My first lenses that weren’t Canon had flimsy, plastic barrels, and they’d scuff and rattle too easily. Now, in many instances, I struggle to justify Canon or Sony lenses. The problem for the big brands is that while the ceiling for camera lenses has barely moved in the last decade, the floor has risen continuously. The gains at the highest end of lens production and innovation have suffered from diminishing returns, whereas processes at the bottom have gotten cheaper, faster, and more efficient. Let’s look at the modern example.

The Chasm Is Now More of a Crevasse

There are lots of examples of the diminishing gap between the S tier lenses produced by the camera manufacturers and the peripheral brands. One I have intimate knowledge of, however, is the 24-70mm (or thereabouts) offerings for Sony. When I switched to Sony, I needed a mid-range zoom lens. For my macro work, I went with Sony, but justifying that move with a zoom lens, which tends to be more expensive due to the universality, is expensive. As I saw it, I had three main options: the Tamron 28-75mm f/2.8 Di III RXD (left in the above image), the Sigma 24-70mm f/2.8 DG DN Art (middle in the above image), or the Sony FE 24-70mm f/2.8 GM (right in the above image). Well, I didn’t, actually. When I was making the decision, the Sigma was just on the roadmap and wasn’t released or even near release. I know about it simply because I did a lot of comparisons when it was finally released 11 months ago.

There are myriad comparisons and I’d recommend Gerald Undone’s if you find yourself in the position where you wish to buy one of the three. The results of tests pitting the three zooms against one another seem more or less uniform, however. Optically, there’s very little to separate the three, and that’s the key metric. Autofocus performance is also incredibly balanced, though Sony does edge it, so if it’s important to you, that will lead you towards that lens, though there isn’t a huge difference. For me, though, two issues decided the outcome. The first was about as niche as it gets: I need a close minimum focus distance for some of the work I do for clients. The Tamron had 19 cm, while the Sony had a minimum focus distance of twice that, at 38 cm (interestingly, the Sigma has an 18 cm MFD and would be the lens I would buy today between the three). The second issue was, predictably, the price. The Tamron is $879, the Sony is $1,998. The question — even if I were to discount the MFD — quickly became: “is the Sony lens twice the Tamron?” The answer is an unambiguous “no.”

The Sigma Art lens (and their Art range really is superb and a great case for answering the title of this article with a “no”) is pitched up between the cheap Tamron and the expensive Sony glass, but much closer to the former with a price of $1,099. It does also find itself between the two on another key metric of lenses: build quality. The Tamron (and I have owned one for over two years) does feel reasonably cheap. It’s light and a little flimsy feeling, but let me be clear, it hasn’t once let me down for a moment and hasn’t broken or been damaged in that time. The Sigma is said to be much better, but still not quite to the degree of Sony.

This tends to be the story for almost all discussions over expensive versus cheaper options in photography. There are benefits to be had, but do they warrant the price difference? For me, rarely.

What Conclusions Can We Draw?

So, where does that leave us? Well, not buying the cheap option isn’t always a poor move by any stretch. I have found with lighting in particular that spending a bit more and aiming around the middle or even the upper-middle usually is the best practice, for example. Cheap lights have broken for me or underperformed many times over. But even then, the cheaper brands have improved exponentially over the last few years, and as long as you don’t go for the cheapest out there, you’ll probably still be better off than buying the big names.

The floor has definitely risen at a much faster rate than the ceiling, which has left cheaper options to big brands being more than viable; in fact, they’re often the sensible purchase. I think buying the cheapest option will always mean you have to buy twice, but buying the cheaper alternative to the lens, tripod, or light (and so on) might be the best move for value for money. If the advice of buying cheap means buying twice is taken by new photographers to mean they need to stick to their camera’s brand for lenses, for example, then I think it’s now nowhere near true or necessary to do.

What do you think?