Is the lonely astronaut in Bad Bunny’s latest music video thinking about lost love or a lost climate? – Grist 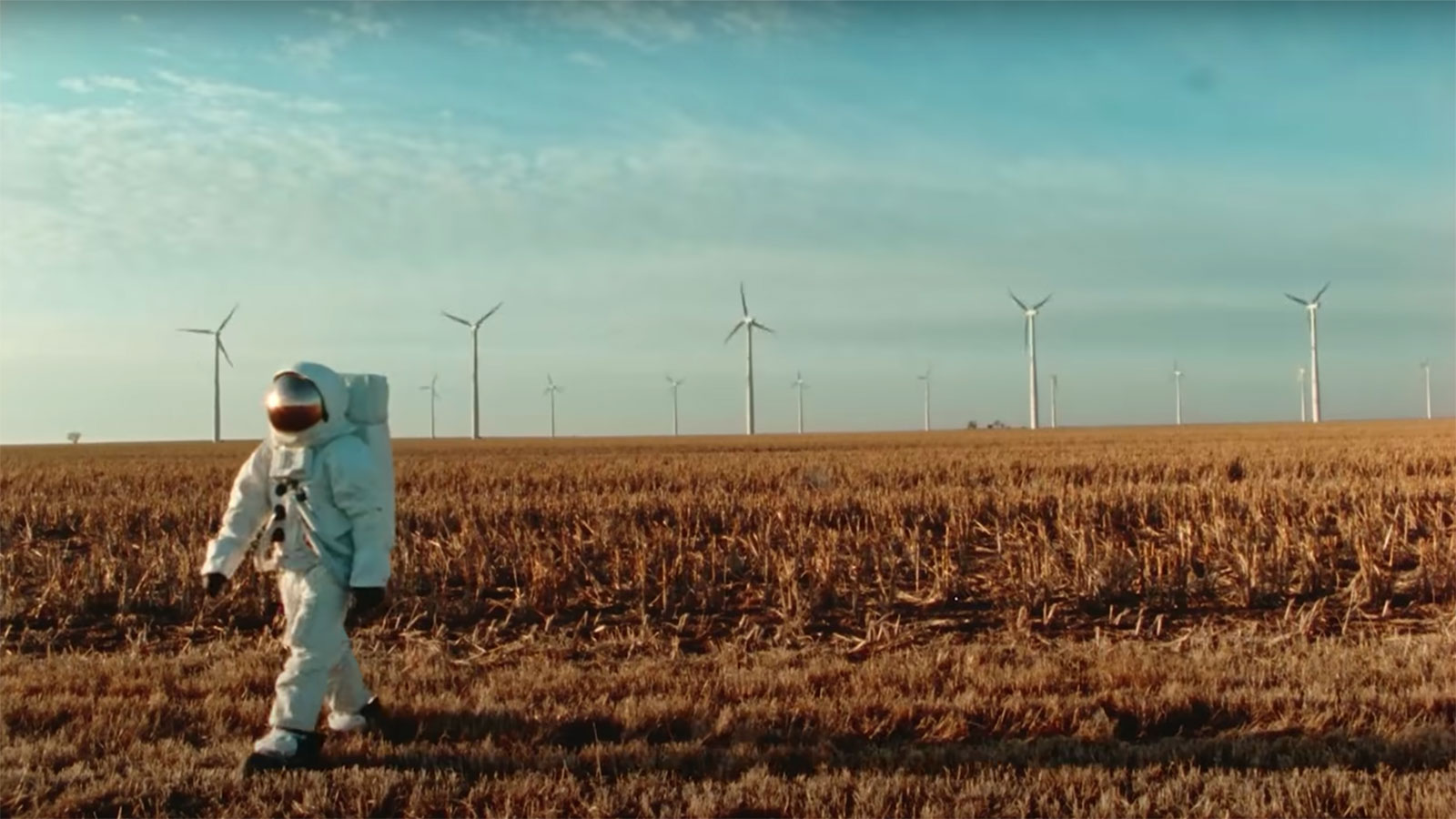 A lonely astronaut wanders a world with random animals, empty roads, and beautiful scenery. The snowy mountains give way to red, rocky canyons, then an endless, sandy desert. There’s nothing but goats, abandoned buildings, and a bunch of rocks.

It’s not a dystopian movie depicting the life of the last human alive. It’s actually a new music video from Bad Bunny — aka Benito Antonio Martínez Ocasio, a Puerto Rican singer and rapper who has revolutionized Latin music — set to one of his many trap-meets-reggaeton love songs.

“Una Vez” (Spanish for “one time” or “once”) is a collaboration between Bad Bunny and fellow Puerto Rican artist Mora from his sophomore album YHLQMDLG, short for Yo Hago Lo Que Me Da La Gana (“I do what I want”). The song’s raunchy, NSFW lyrics are about a complicated relationship (or situationship, rather), and it’s driven by a hypnotizing beat that’s typical of Bad Bunny’s work. But unlike his other music videos, there aren’t any club scenes or house parties. It’s only been out for two weeks, but “Una Vez” has gotten almost 18 million views on YouTube.

The serene video may have a subtle message about climate change, COVID-19, and love — and how foreign the world can feel when you’ve lost someone or something important, almost like you’ve woken up on another planet.

Get Grist in your inbox
Always free, always fresh

The Beacon Other choices

“Y déjame sentirte una vez. Por si no te vuelvo a ver. Luego lo sigo normal con mi vida,” Bad Bunny sings as the astronaut makes his journey to nowhere. “And let me feel you once. In case I don’t see you again. Then I’ll go on normally with my life.”

The clearest sign of climate change is the post-apocalyptic scenery. The astronaut wanders by slow-spinning wind turbines, fields of dried-out crops, and yet even more rows of wind turbines. A sign on an empty highway blinks and asks “Where are you?” The music video looks like a post-climate-disaster Earth where humans had suddenly vanished — it’s a planet devoid of people, but the roads and bridges are evidence that our species was once here. It’s reminiscent of the pandemic-induced lockdowns this spring, offering a glimpse of what nature looked like when many people were tucked away in their homes.

I imagined that the astronaut was looking for a lost love after the disaster had died down — in the video, the astronaut stares forlornly at a Polaroid — holding on to hope that they’ll be reunited. That is, until the end, when the astronaut buries the photo in some rubble. I figured the astronaut had moved on and had resolved to figure out life in the empty world. Sometimes, the person you want to “ch*ngar” (or really actually love) goes away, and maybe the polar ice caps go away as well. Both of those scenarios really suck.

And living in a pandemic does, too. The video for “Una Vez” was released after Bad Bunny blessed New York City, and many around the world, with his first-ever virtual concert on September 20. It began in the Bronx and finished in front of Harlem Hospital with a tribute to medical workers for their COVID-19 service. Bad Bunny “toured” on an elevated flatbed truck, dodging traffic lights and trees as New Yorkers ran after him. I wondered if he intentionally started in the Bronx as a nod to the many Latino communities there that struggled during the peak of New York City’s COVID-19 outbreak.

I don’t know if a post-disaster wasteland was the intended meaning behind Una Vez. But when I think of how recent climate disasters have rocked Bad Bunny’s home island, I wouldn’t be surprised if there was a connection. When Bad Bunny sang the song “Estamos Bien” at his television debut on The Tonight Show Starring Jimmy Fallon two years ago, he reminded the audience that even a year after Hurricane Maria, many Puerto Ricans still hadn’t had power restored to their homes.

Climate-fueled storms are going to displace more and more people as wildfires, rising oceans, and tropical storms grow more severe. Like COVID-19 and complicated relationships, that inherently comes with loss. Una Vez gives a strangely calm look into what the world might look like after the worst has happened. It might feel empty, but it’s full of memories of your complicated “ex.”

Who is cooking up the boldest solutions to save this here planet? Help us select the 2021 Grist 50 list and nominate rising stars who are building a better tomorrow. Send in your picks today!