Joe Biden warns 200,000 Americans could die before a vaccine is widely available – Euronews 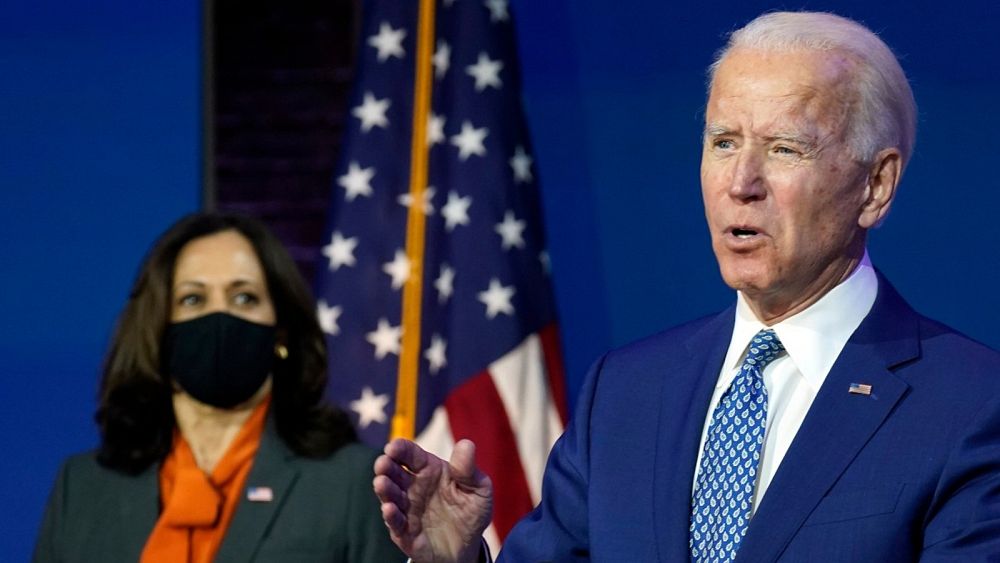 President-elect Joe Biden warned on Monday of a “very dark winter” ahead, saying that 200,000 Americans could die from COVID-19 before a safe and effective vaccine is widely available in the United States.

Biden gave the best glimpse yet at how he will guide the country through the health crisis, outlining the framework of his pandemic response after being briefed by his newly-formed coronavirus advisory board.

Acknowledging the positive news that a vaccine from Pfizer could be 90% effective in preventing the virus, Biden said the United States still won’t have a vaccine for several months.

In the meantime, he faces the immense task of bringing the virus under control. The United States surpassed 10 million total cases of COVID-19 on Monday and the country’s infection rate, hospitalisations and deaths are rising.

Biden implored people to wear face masks and stick to social distancing guidelines adding that “we can save tens of thousands of lives if everyone would just wear a mask for the next few months.”

His speech broke from President Donald Trump’s framing of public health measures as an attack on freedom and a threat to a struggling economy.

Instead, he described face masks as the “most potent weapon against the virus”, adding that they are not meant “to make your life less comfortable or to take something away from you. It’s to give something back to all of us, a normal life.”

He also promised to keep the government’s coronavirus response grounded in science. This started with his selection of a 13-member advisory board of medical experts to form his advisory board.

The team includes Dr Rick Bright, a former vaccine official in the Trump administration who submitted a whistleblower complaint to Congress.

Bright was removed from his role after he told lawmakers that the government had failed to heed his warnings about the need to acquire masks and other medical supplies.