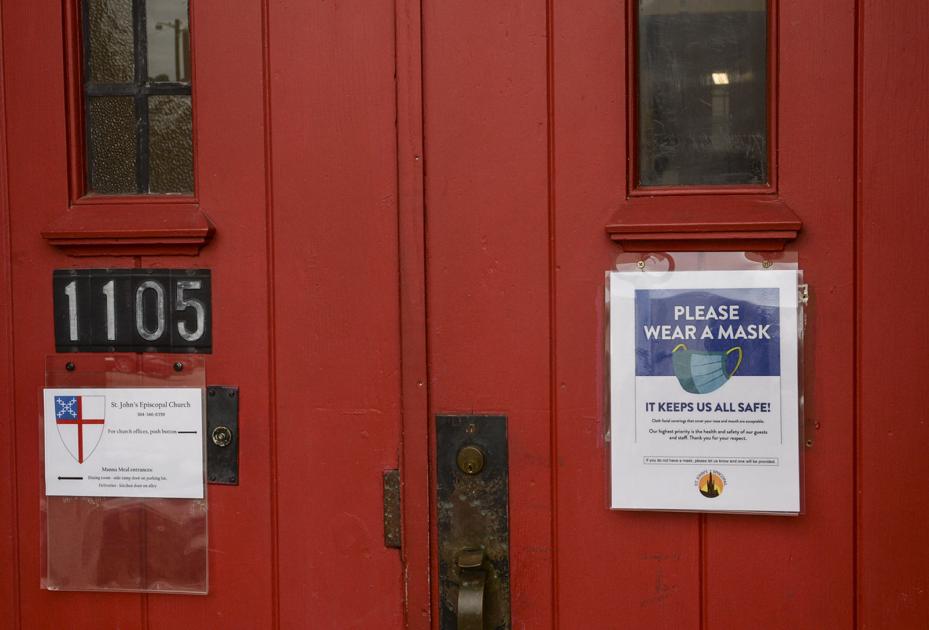 We all know at this point how hard the COVID-19 pandemic has been on local businesses. We witness and experience the struggles every day of people trying to balance safety with making a living. We have been all masked and social distanced — at stores, restaurants, cafes and all the places we go.

But these restrictions also apply to places that are not made to make money at all — nonprofits, charities and volunteer groups. They have suffered just as much, and many are needed now more than ever. It is true for all types of nonprofits, from small local ones, to national and international groups.

One such group based in Charleston is Manna Meal Inc. For 40-plus years, Manna Meal has given out daily breakfast and lunch meals to anyone needing them, but, just like everything else, their dining room had to shut down in mid-March. However, they continued to hand out pre-packaged meals outside, but without tables, and with social distancing.

In May the dining room came back, but with some major changes.

“Out of an abundance of caution we… suspended our volunteer program,” said Amy Wolfe, Manna Meal’s executive director. “Our small staff of ten… absorbed all the activities… Food purchases were modified to more ‘ready to serve’ and foods that can be served at lower temperatures. While maintaining our nutritious standards, these foods are more costly… We expanded services by providing dinner for the first time in our history to meet the need.”

Not to mention is the dining room’s limited capacity, the mask requirements, and constant sanitation.

But Manna Meal’s philosophy is to have “never missed a meal,” and indeed they haven’t, although the demand for food has drastically increased during the pandemic, in one monthly period by 75 percent (the price of said food has increased as well, though thankfully not as dramatically).

“With the unemployment stimulus ended… people are getting a drastic cut in their unemployment checks… People who have never had to worry about food insecurity are now faced with new hardship.”

Wolfe told stories of new clients who had called in tears, for the first time attempting to find out how to get help from Manna Meal. And Manna Meal has responded, though it’s been far from easy. Several times, their monthly spending has doubled, and the idea of things getting easier is doubtful.

Another larger organization is the Tamarack Foundation. Many probably know Tamarack as a huge local arts store and gallery located off the interstate near Beckley. However, Tamarack is also a nonprofit group supporting the artists who create the sorts of products sold at their store. Before COVID-19, they conducted face-to-face fundraising and outreach, all over the state. After COVID-19, that all changed. Now, nearly all work has to be done online, including virtual art exhibitions. No easy task, considering West Virginia’s notoriously poor internet service.

The Foundation’s current director, Renee Margocee, described some ups and downs that have occurred. Their mission, “helping artists have tools” to work and succeed, has been difficult, with major outlets for local art, from the Tamarack store to this year’s FestivALL no longer available. The lack of personal contact is especially bad in West Virginia, where communities and artists are somewhat isolated at the best of times. And, right now, the holidays are approaching, a time that is normally peak season for artists. They need even more support.

Margocee also described rays of hope. Numerous out of state organizations have helped keep Tamarack going, and many of Tamarack’s major programs, including the fairly new Emerging Artist Fellowship, are still strong. If anything, Margocee believes, this experience will eventually make Tamarack stronger. According to her, workers have become even more passionate, and has helped them to view their work “through a different lens”. An even greater focus has come to the importance of that work — keeping our state vibrant, beautiful, and diverse.

Habitat for Humanity was the largest of the group consulted with for this article. As described on their own website, Habitat is “a nonprofit organization that helps families build and improve places to call home,” located in every state, and dozens of countries. They help raise funds and change policies for better housing, as well as construct such housing themselves.

Trevor Anderson, the Communications Director for the Kanawha and Putnam County branch of Habitat, like Margocee and Wolfe, lamented the tragic effects that necessary restrictions had on Habitat.

“Part of what we do is bring people together,” he said.

Just like everyone else, Habitat suspended operations in March, which was particularly important for Habitat, given that many of their workers and regular volunteers were older, and thus more at risk for COVID-19.

When Habitat re-opened on July 6, it was with a multitude of changes. During the months they were closed, Habitat had formed a committee exclusively for their mission of balancing work with COVID-19 restrictions. In Anderson’s words, “Stay safe, stay open.”

They drastically changed not only policy, but the actual layout of their workspace. At their location on Court St. in Charleston, they had new installations added, including touchless doors, redesigned most of the interior, and eliminated their Young St. parking.

Their goal was to “streamline” their work process, keeping only regular workers and volunteers, even as donations went down and material costs went up. It’s been difficult, but Anderson, like Margocee, maintained hope. Though things are unpredictable, not just here but everywhere, the work Habitat does matters, and it’s still getting done.

It shouldn’t come as a surprise that nonprofits are struggling. According to the Nonprofit Times, 97% of such organizations have been impacted negatively, and those that haven’t likely will be before this is over. Another piece, by the economic news site Market Watch, says that the stakes have been raised, creating “no cushion, no room for error.” The utmost care has to be taken. Even the quality and quantity of information on these topics is suffering, as said by the donation group Fidelity Charitable. But in that same piece, Fidelity described the fact that many philanthropists plan to maintain or increase their current donation rates, and to stand by the groups that they help. As described above, local, statewide, and national groups are optimistic, and aren’t giving up at the work they do. Which is good, because in the same piece, the Nonprofit Times says that over 40% of nonprofit and charity groups help provide services that directly support the COVID-19 response. It’s undeniable how much we need them.

‘Not Plan A’: Charities are stepping up to pay for elections – Associated Press