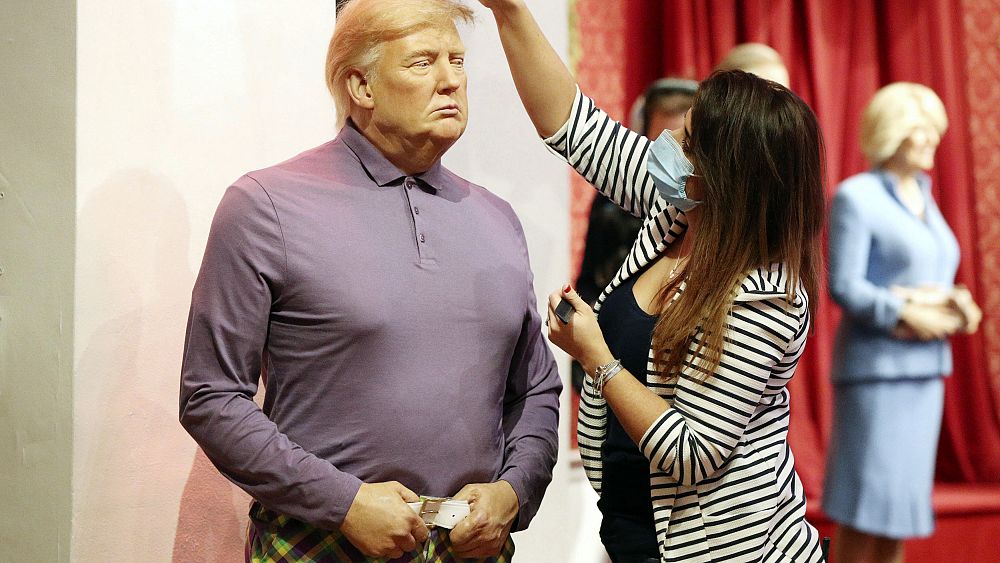 London’s Madame Tussauds wax museum in London has leapt on the defeat of Donald Trump in the US presidential election.

It changed its model of Trump, swapping his clothes for golf attire as a tongue-in-cheek reference to his defeat.

The 74-year-old was playing golf when his Democrat rival Joe Biden was announced as the winner of the US election on Saturday.

The museum wrote on Twitter: “His campaign may not have been a hole in one, but @realDonaldTrump is now on course to dedicate more of his time to his favourite sport as #MadameTussaudsLondon re-dresses his figure in golfing attire to reflect his potential 2021 wardrobe.”

Trump is continuing to baselessly dispute the results even though there is no evidence of widespread fraud.