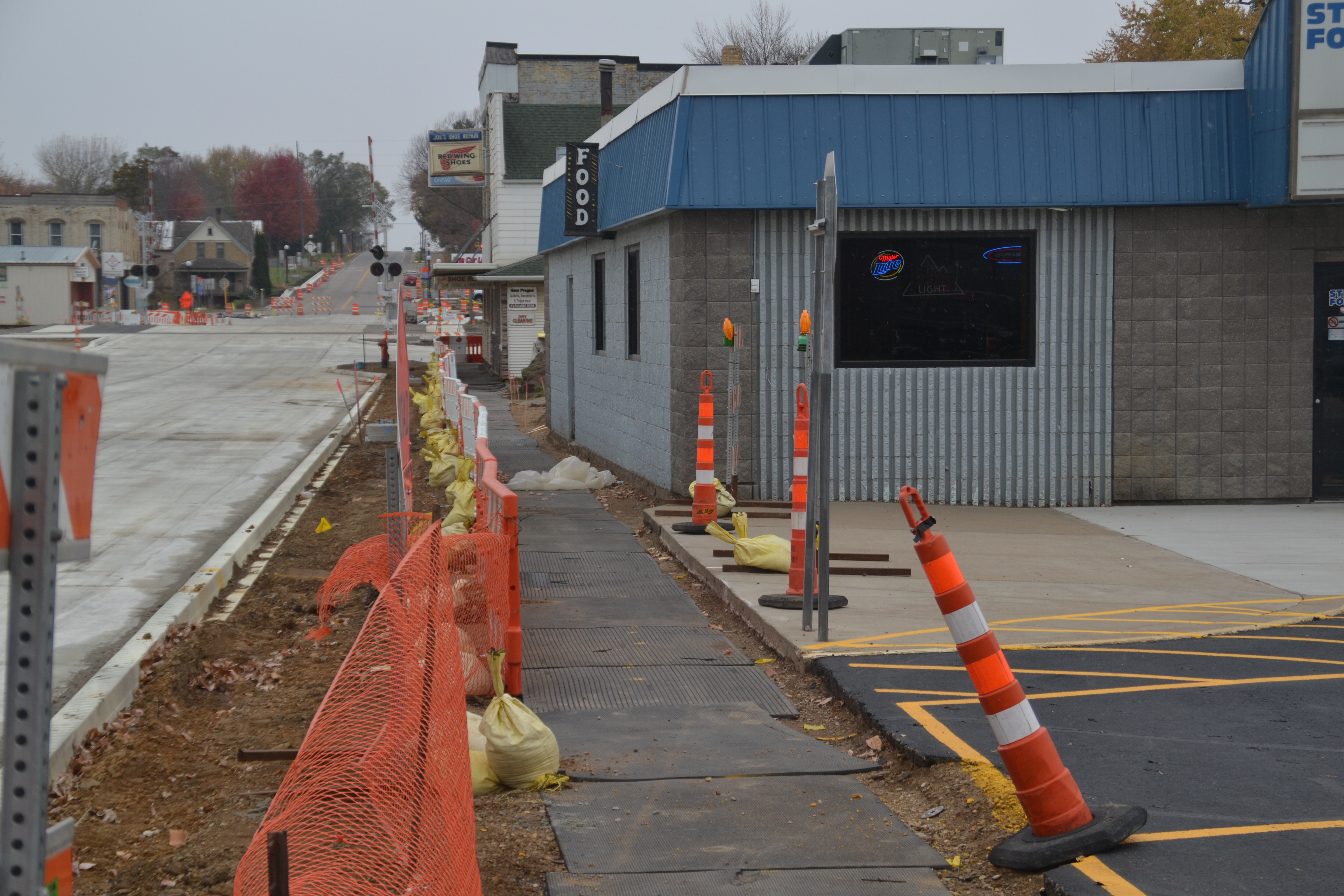 The news the New Prague City Council received at its Monday, Oct. 19, meeting was certainly no treat as they were told the Minnesota Department of Transportation (MnDOT) was suspending sidewalk work along the west end of Main Street for the rest of this year due to the cold temperatures. The forecast has temperatures in the 30s with snow and the long range forecast is not much better.

“It’s unprecedented to get this cold this early,” said City Engineer Chris Cavett of the firm Short Elliott Hendrickson (SEH), Inc. in delivering the news. He noted that such cold temperatures are not good for concrete work and it would present challenges if crews were to continue working on the sidewalks on the north and south side of Main Street. He said that temperatures look better around early November, but the question is would that weather last long enough. Preventive measures are being done with gravel and a thin layer of black top being put down on the sidewalks. He said there were lengthy discussions on Monday between himself, MnDOT and the contractor, SM Hentges & Sons, Inc. of Jordan.

Another area affected by the cold is the placement of street lights. Cavett said at the minimum they will place lamp poles in critical areas to provide light at night.

“Who bears the cost of this?” asked Mayor Chuck Nickolay. Cavett replied at the least it will be between MnDOT and the contractor. At the most the city will be included.

Cavett was asked if the work couldn’t be finished up in November. He responded that unless there’s a guarantee of a month of warm weather it wasn’t likely they could do it in November.

Mayor Nickolay asked if this could cause an issue next year during the second stage of street work.

“I would like to say no, but I can’t,” replied Cavett. With what he had seen with the delays on the project it had been perhaps the ugliest start to a project. The remainder of the project in 2021 he expects to go better.

He estimated that Main Street will be open to traffic by early November, but that depended on what….

To see more on this story pick up the October 22, 2020 print edition of The New Prague Times.

iPhone 12 vs. iPhone 11: Main differences, according to the buzzing rumor mill – CNET