After a flurry of confusion set off by various county officials voicing concerns that travelers would bring COVID-19 cases to their communities, the main elements of Hawaii’s plan to reopen to out-of-state travel appeared to solidify on Tuesday, two days before the Oct. 15 date set by Gov. David Ige.

The general terms of the plan remain the same as they have for weeks: people traveling to Hawaii from out of state – including tourists and returning residents – can sidestep the state’s 14-day quarantine by testing negative within 72 hours of departing for Hawaii.

Now, however, neighbor islands will be able to include a second test — free of charge to the traveler. The Big Island is making it a requirement upon landing while Maui and Kauai hope people will volunteer to get another test. 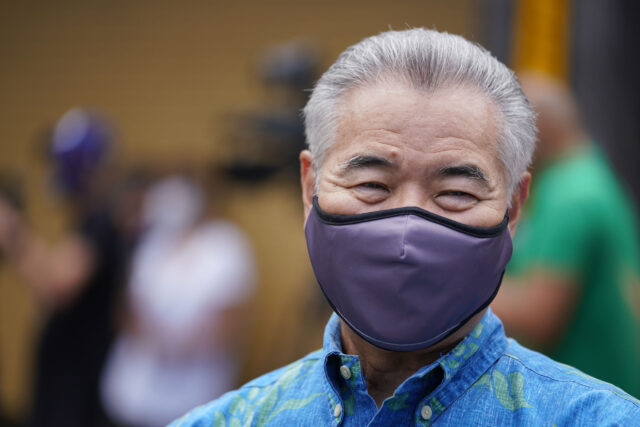 Gov. David Ige on Tuesday said all of Hawaii’s counties are now on board with the state’s Safe Travels program to reopen tourism.

Statewide, after taking a test administered by one of more than a dozen “trusted partners,” travelers are required to register with the state’s “Safe Travels” program, and upload their test results and answer a health questionnaire.

In broad terms, the program “will be implemented in all counties,” Ige said on Tuesday, bringing a sense of order to what had become an increasingly confusing situation.

Bringing tourists back to Hawaii is viewed as vital to restoring the state’s foundering economy, which has shed almost 100,000 jobs since the pandemic took hold in March, including tens of thousands in the hospitality sector and tourism-related retail. One of Hawaii’s largest employment segments, accounting for about one in six jobs statewide, the tourism industry brought more than $1.5 billion in revenue into the state monthly at its peak before the shutdowns caused by the coronavirus.

That revenue has largely evaporated, much of it wages once paid to workers.

The issue for policymakers has been how to reopen the economy safely, so that a surge in cases does not cause another shutdown, and in a way that’s politically acceptable to a leery public that has at times been willing to sacrifice the economy for safety. The issue has been especially touchy on neighbor islands, where case counts have been lower than on densely populated Oahu.

The pre-travel testing program has long been viewed as a path to reopening; the question was how to implement it.

Although some testing procedures still vary by island – travelers to Maui and Kauai, for instance, will have the option of taking a second test a few days after arrival – in broad terms the mandatory test procedures are consistent.

The exception is Hawaii island. Under Mayor Harry Kim’s executive order, travelers arriving on the Big Island from out of state must also take a so-called rapid antigen test administered and paid for by the county at all three island airports: Ellison Onizuka International Airport at Keahole, Waimea-Kohala Airport, and Hilo International Airport. 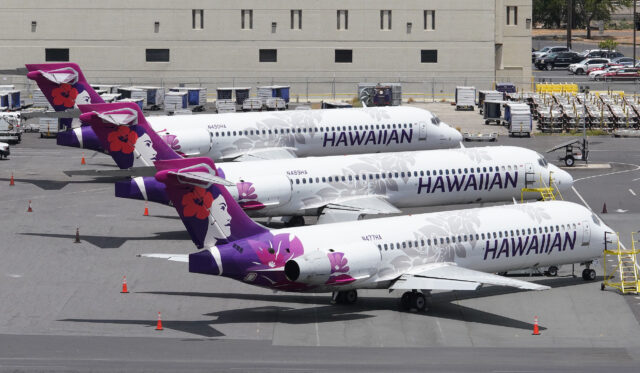 One of the state’s “trusted partners,” Hawaiian Airlines will help administer tests to travelers under the state’s program.

Although less sensitive than the type of test required by the state, which is called a PCR test, the antigen tests are generally cheaper and can provide quick results – within 15 to 20 minutes, according to a statement issued by Kim’s office on Tuesday.

“This second test upon arrival to Hawai’i island will provide an extra layer of protection for our community,” Kim said in the statement. “Virtually, all medical and Coronavirus experts agree for the necessity of more than one test.”

In truth, the question of how many tests to require travelers to take before coming to a particular island had become a point of debate in the past few weeks leading toward the Oct. 15 date.

And during a Facebook Live interview last week, Dr. Anthony Fauci, who serves as the nation’s top epidemiologist as director of the National Institute of Allergy and Infectious Diseases, endorsed Ige’s plan with some qualifications.

Although the plan requires just one test, Green, who’s leading the state’s pre-travel testing efforts, plans to screen 10% of travelers with a second, optional test to help determine if ill people are slipping through the cracks. And Fauci said that extra level of screening makes sense.

During same interview, Fauci also raised the idea of doing what Kim has implemented: requiring a second, rapid antigen test as a second layer of protection.

On Tuesday, Green said the second test is a good idea but predicted it will pick out relatively few travelers not caught by the state-mandated test.

The bigger issue could be whether residents practice the basics: staying 6 feet apart, wearing masks and avoiding gatherings like family get-togethers, weddings and funerals. Risks could be compounded as more people go back to work in hotels.

As Green put it, “It’s purely a numbers game.”

That is, there are simply many more residents to potentially spread the virus than there will be tourists. Ige said the administration expects only 2,000 to 3,000 travelers a day statewide for the first few weeks. That’s 10% or less than the 30,000 daily arrivals before the pandemic.

Green noted that Hawaii’s summer case surge, when new cases rose to more than 300 per day, happened when the quarantine was in place and few tourists were coming.

“We had our highest surges when we essentially had no travelers here,” he said.

That said, getting all islands to agree on even a general plan was tough. While Ige’s plan, had for months envisioned just one test, county officials were increasingly calling for an additional test or tests in recent days. Only Honolulu Mayor Kirk Caldwell seemed on board with Ige’s one-test regime, although the Honolulu City Council weighed in with a resolution calling for a second test along with a quarantine.

All of this contributed to a growing sense of chaos.

The lack of clarity just 72 hours before the program’s launch was summed up by Carl Bonham, executive director of the University of Hawaii Economic Research Organization, and others during Monday’s meeting of the House Select Committee on COVID-19, Economic and Financial Preparedness.

“What we’re hearing is continued confusion,” he said. “No one knows exactly what the rules are.”

All of that seemed to be cleared up on Tuesday. The question now seems to be how effective the testing program will be.

One thing seems certain, Green said: no amount of testing alone will stop the disease from spreading.

“Nothing will stop COVID from going through the cracks,” he said.

Thanks! We’ll send you a confirmation e-mail shortly.