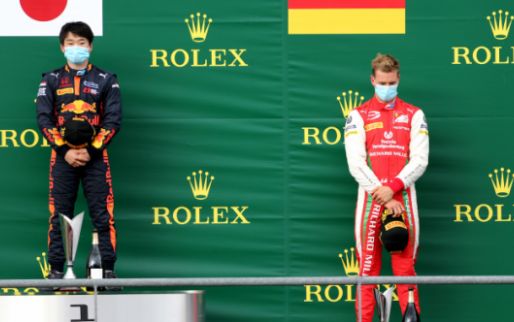 According to insiders, Yuki Tsnoda is on the threshold of a Formula 1 seat. The Japanese driver drove a test for AlpahTauri at the Imola circuit and was impressed by the g-forces released in a Formula 1 car.

Tsunoda already made a good impression at AlphaTauri, increasing the chance of a spot in Formula 1. The Japanese are preying on the seat of Daniil Kvyat, who is very likely to lose his place in Formula 1. Tsunoda tells the ASweb about his experiences in a Formula 1 car during the test in Italy, where the conditions were not easy.

“The fog was very thick in the morning and I felt the humidity on my skin. When we arrived at the track the track was wet. The conditions were a bit difficult in terms of starting my first F1 test”

In the afternoon something was prepared so that the Japanese could already experience what a Formula 1 car can do, although he was not yet looking for the very last braking point. The forces of the car impressed Tsunoda: “It was mainly a wet track so I didn’t want to push too hard but when I got back in the car I could already feel the g-forces. In the rain they are just as high as on a dry track in Formula 2”.

Tsunoda is now going to finish the Formula 2 season first. “Of course I want to drive in Formula 1 but now I want to finish well in Formula 2″. When the Japanese driver finishes in the top four, he receives his super license and nothing stands in the way of a switch to Formula 1 anymore

Verstappen not faster than Hamilton in the race: ”I doubt that”

The F1 GOAT debate: How do Hamilton and Schumacher compare? – ESPN