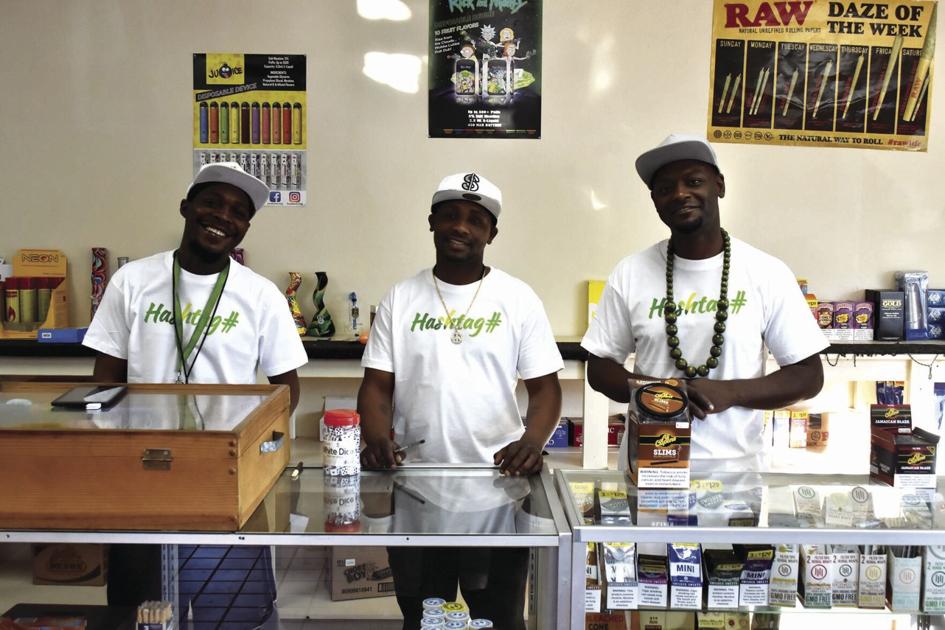 A downtown Parsons store has branched out into a second location.

Desiray “Ray” Allen, who opened Hashtag# on May 1 at 1705 Main St., opened Hashtag# 2 about a week and a half ago at 2911 Main St. The new store is in the former location of JD’s Gun Shop. Before the gun shop, the building was the longtime home of Taco Tico.

The original Hashtag# is a flea market but also offers many new products such as flat-bill ball caps, T-shirts, cologne and perfume, incense and flags. Previously, the store also sold smoking items such as glass pipes, but not anymore.

“We had to split it in half to accommodate for our different customers,” Allen said.

Hashtag# 2 was opened to carry all of the smoke shop items that previously were in the original store, and Allen also expanded on those offerings. Allen also now sells pipe tobacco and cigars. The new store carries more CDB products such as suckers, gummy bears, chocolate and even bath bombs. The kratom selection also has expanded. Kratom is an herbal extract that comes from the leaves of an evergreen tree grown in Southeast Asia. Some people take kratom for fatigue, pain or anxiety or to quit taking opiates, Allen said.

The new store still has plenty of space to add other products, and Allen said he might offer cellphones in the future.

The downtown store now has more space for items such as clothing, sage, tropical fish, Tarot cards and a wide variety of other miscellaneous items.

Like the original store, Hashtag# 2 is open from 11 a.m. to 6 p.m. Monday through Saturday.