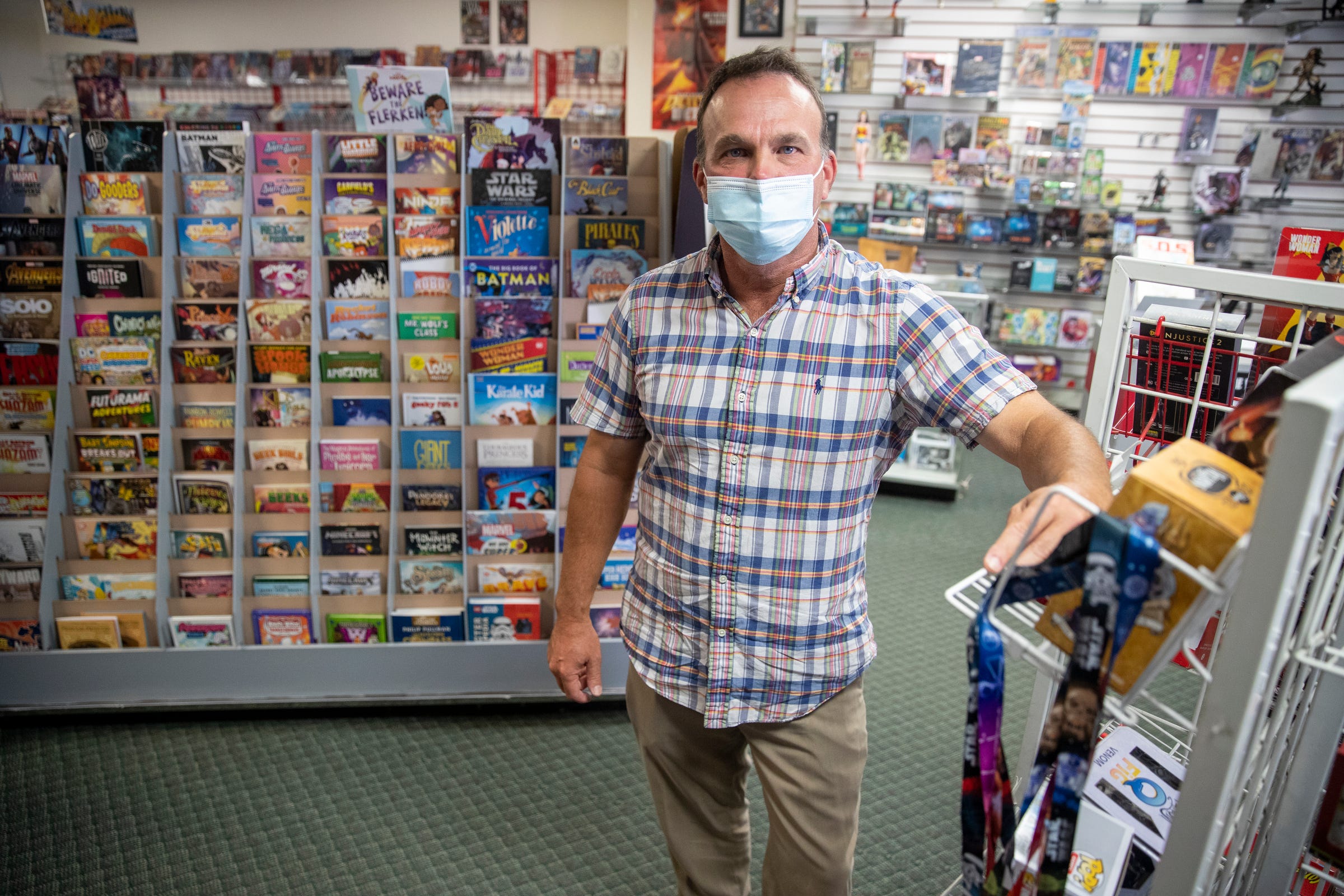 Downtown merchants have had a tough year

Two downtown merchants talk about how tough the business climate been for them, coupled with what they say is a lack of social services.

Indiana businesses will expand remote work in the next year to two years, the start of what will likely be a permanent increase in work-from-home flexibility for office workers, according to an October survey by the Indiana Chamber of Commerce.

Out of 937 Indiana employers surveyed, 22% said they plan to allow more remote work going forward. The trend is unsurprising as companies forced into more remote work to prevent the spread of the coronavirus found the change had little impact on productivity, with some companies even reporting their employees have been more productive, experts said.

“We’re learning how to use tech platforms and finding ways to do work effectively, to do what the job calls for,” said Kevin Brinegar, the president and CEO of the Indiana Chamber of Commerce. “We’ve all learned a lot in these last six months.”

Indianapolis office workers have emptied much of downtown since the start of the pandemic in March, which has badly hurt restaurants and shops in that area. Salesforce, a technology company, announced in late August that employees can work from home through July 31. Similarly Eli Lilly and Co., one of the country’s largest pharmaceutical companies, said its office workers will continue to be remote in the foreseeable future. Cummins, which makes engines and power products, said the earliest its officer workers could return to the office is January.

The future of working from home will likely be a combination of increased flexibility for employees as well as hiring full-time remote workers, said Elizabeth Malatestinic, a senior lecturer in human resources management at the Indiana University Kelley School of Business.

Microsoft, for example, announced this month that most of their employees can work from home regularly and some may even become fully remote. Other companies, such as Eli Lilly, are planning out what long-term work structures will look like.

“Long-term, we’re exploring how to enable more flexibility in work locations and finding new ways to collaborate, which may include more remote work,” said J. Scott MacGregor, a spokesman for Eli Lilly, in an email.

Although companies had long been allowing some workers to be remote, the coronavirus pandemic shifted attitudes about working from home, Malatestinic said.

“The traditional attitude is: I need to see you in the chair to know you’re productive,” she said, but companies are seeing people work productively at home now.

The move toward remote will save companies money over time on rent, utilities and maintenance costs, Malatestinic said. But the benefit of remote work has to be weighed against the mounting isolation office workers are feeling six months into the pandemic as well as the loss of the creativity and innovation born from sharing a workspace.

“There’s a lot of talk in the business community about mental health that wasn’t addressed as much because of the isolation that people can feel as we head to winter months,” she said. “We’re not able to stroll through our community and eat outside.”

That will be important as businesses transition into a more remote workforce long term, she said, especially as many workers want the option to work remotely but don’t want to be forced to work remotely. So while remote work may be cheaper, companies will likely have to adopt a hybrid model that allows employees to work from the office, especially those who don’t have home offices or live in a crowded space.

“You can spend only so many hours in your own house before you need to get out and be among other people,” she said.