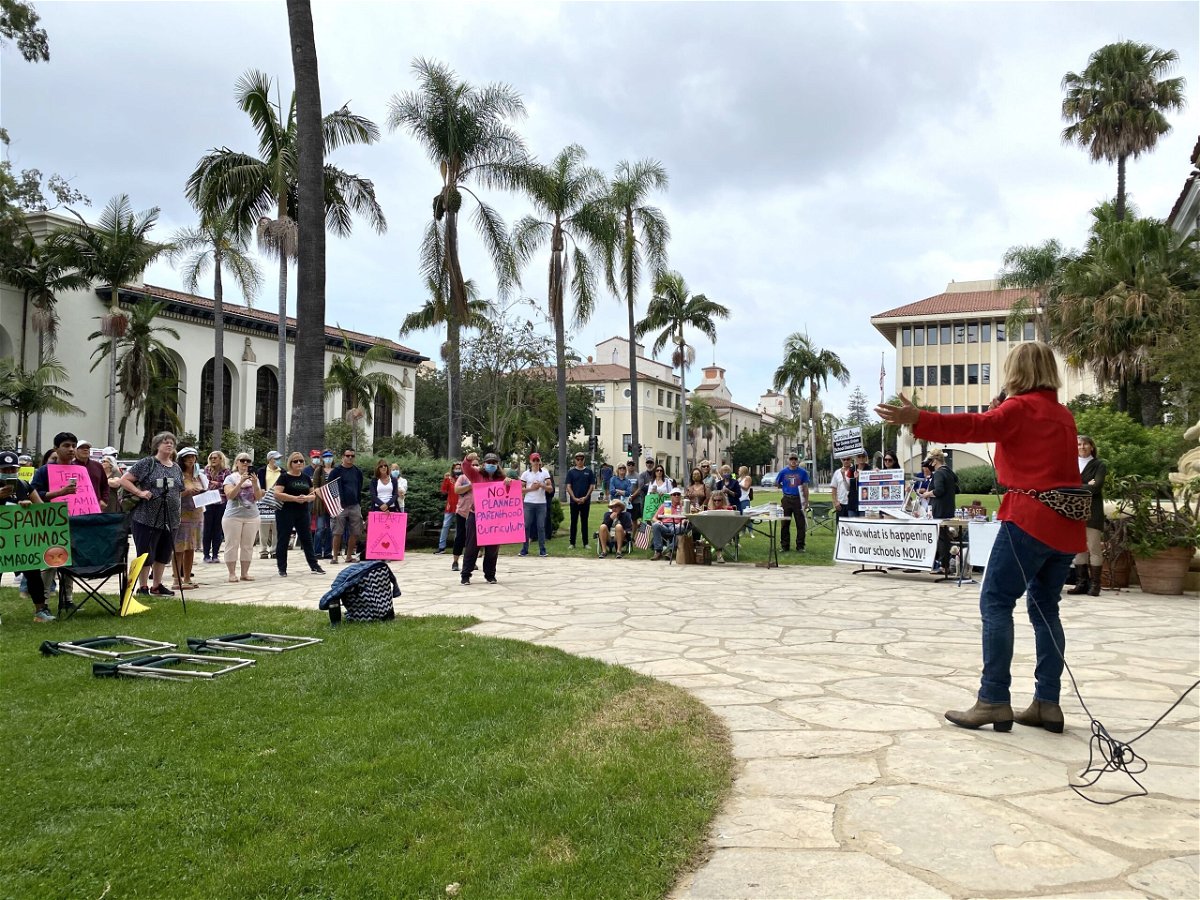 “We are going to sound the alarm for our city,” protest organizer Barbara Batastini said. “We’re going to let people know that this is not acceptable.”

The sex education curriculum will soon be taught to 7th and 8th graders in the district.

Janeth Mendoza just started homeschooling all four of her children because these new school subjects go against her moral compass.

“This school board is not doing its job informing parents of which curriculums they choose to teach the children,” Mendoza said.

However, some parents strongly believe it should have no place at public schools.

“It doesn’t resonate with our culture,” Mendoza said. “With our values.”

“Our children are being poisoned with the sexual education that they’re going to be getting,” another protestor Linda Foster said.

In response, the school board said that protesters are inciting fear and anger with a misinformation campaign that preys on people’s faith.

“They don’t like the fact that it’s the law that we teach that abstinence is not the only way to avoid pregnancy,” SBUSD board member Kate Ford said.

“It’s important we engage with parents as partners to ensure we are addressing the needs of the whole child with medically accurate, standards-based health education for students,” SBUSD superintendent Hilda Maldonado said.

The district even created an online “Facts vs Fiction” page to ensure that families have accurate information about the new curriculum.

“Parents can opt out of this and we’ve made that very clear from the start,” Ford said.

For Mendoza, this still isn’t enough when it comes to her daughter.

“She will still be exposed to the things that I don’t want her to know yet,” Mendoza concluded.

Commentary: Kentucky Board of Education recent appointment of student representation is a milestone – User-generated content