Quotes of the day: Ramage – NHL.com 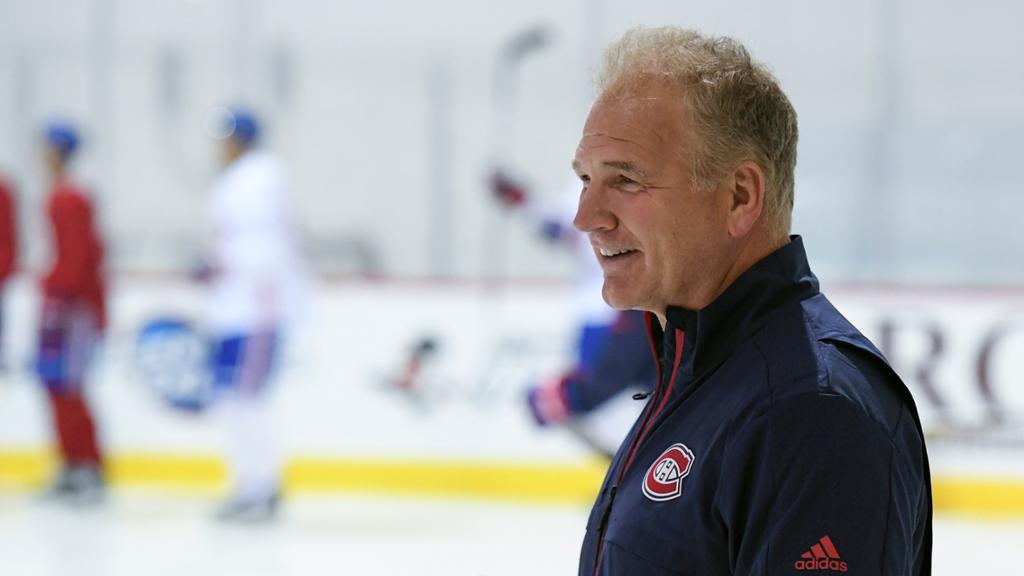 MONTREAL – With a deep pool of prospects widely considered to be one of the most promising in the NHL, the work now turns to the Habs’ development staff to ensure that the club’s up-and-coming talent continues heading in the right direction. With that, Canadiens Director of player development Rob Ramage gave an update on the progress of some of the team’s young hopefuls in a Zoom call with the media on Thursday.

Read on for highlights of what he had to say.

On how the pandemic has impacted the club’s player development process and strategy:

“It is a big challenge, obviously; it’s unprecedented. [Player development coach] Frank Bouillon and I try and stay in touch with all of our prospects and draft choices on a fairly regular basis. Every few weeks, we give them a call to see how they’re doing, how their training is going. We speak with their coaches. They have the resources of [sports science and performance director] Pierre Allard and [strength and conditioning coordinator] Patrick Delisle-Houde. As far as the strength training is concerned, he’s in touch with their trainers and off-ice trainers. It’s kind of a cornucopia of things that we’re doing. Dr. David Scott is available from the psychological sports science end of things. Our medical staff is involved if there’s an injury. We’re doing it from afar. That’s all we can do right now.”

Video: Rob Ramage on developing players during a pandemic

On Jesperi Kotkaniemi playing for his hometown team, Porin Assat, in the Finnish Elite League:

“I think it’s really important for him. And he’s home. It’s a familiar place for him, a very comfortable environment. We want him to just keep the momentum going, that he had this summer, which was wonderful to watch.”

“It looks like Jan Mysak, our second-round pick, Czech player, his team’s going – I just saw that today – to the Karjala cup. That’s important for him; it’s great competition. He’s going to be playing with some older players. It’s an excellent opportunity for him. And just a sidebar on him: I talked to him the other day, and he’s going to sit down in the next few days with Tomas Plekanec and pick his brain. What a great opportunity for a young player: a player of Tomas’s stature to speak with one of his up and coming, fellow countrymen.”

“He’s fun to watch. I got to see him live last year. His defense partner was Toby Enstrom, which was perfect because Toby had a great NHL career. That was really good for Mattias, a young defenseman. But Mattias was the player of the game. He had a goal and two assists, I think it was. He was just so much fun to watch. And we’ve seen some highlights from this year. […] He’s a humble guy; he’s quiet. But there’s a confidence within him, and when he’s on the ice, you see that confidence come out. I’m excited about this guy. I don’t want to oversell it at all, because it’s his first year in the SHL, so there are going to be some growing pains. But he’s very determined, a hard worker, he’s a rink rat. I’m hoping we see him over here sooner than later.”

On the chances of the Canadiens being well-represented at the 2021 World Junior Championship in Edmonton:

“Kaiden Guhle, as you saw today, was named to the Canadian World Junior [selection] camp that’s going to take place in November down in Red Deer. We’ve got four Americans [Cole Caufield, Sean Farrell, Jayden Struble, Luke Tuch] who participated in their camp. And then Jan Mysak, of course, with the Czechs. Anytime you can play in a tournament like that, as a young player, it helps your development so much: the level of competition, the pressure, and all those things, are just fantastic for these young guys.”

On Swedish forward Lukas Vejdemo, a 2015 third-round pick, who spent the bulk of last season with the AHL’s Laval Rocket:

“I thought he made great strides last year. He was a different player from his first year over in North America. It’s a continuation of that: play with more confidence, more assertiveness. The young man is in great shape, he skates really well, he has a good head for the game. We want him to take that confidence onto the ice.”

“[Wisconsin Badgers head coach] Tony Granato had nothing but great things to say about Cole this season as far as his work ethic and in his taking a little bit more of a leadership role than he did as a freshman last year. He said that his whole demeanor since he came back from the US World Junior evaluation camp was at another level altogether. But it’s important to get him playing. It looks like they’re going to get going sometime next month. He’s hungry. There was talk about him coming out [of the NCAA] after last season. I think he’s in the right spot. Let him mature physically and emotionally, and he’s doing that. He had a good summer. He worked hard. He spent some time in Michigan with his old USNTDP buddies, Jack Eichel and the Hughes brothers [Jack and Quinn], so he trained with a pretty good group of hockey players. We just hope he gets a good college season under his belt this year, and then we’ll see where he’s at.”

On defenseman Alexander Romanov, a second-round pick in 2018, who joined the Canadiens in the Toronto bubble after completing his season in the KHL:

“There’s another guy who’s just a delight to speak to. His energy and enthusiasm just come right out of the phone at you. He said he had a great bubble experience. He loved it, he’s anxious to get back over here ASAP. His whole demeanor… he’s going to compete. Where his game is at is, I guess, to be determined. It’s sure not going to be for lack of effort. This guy brings a lot of energy, a lot of spunk every time he steps on the ice.”