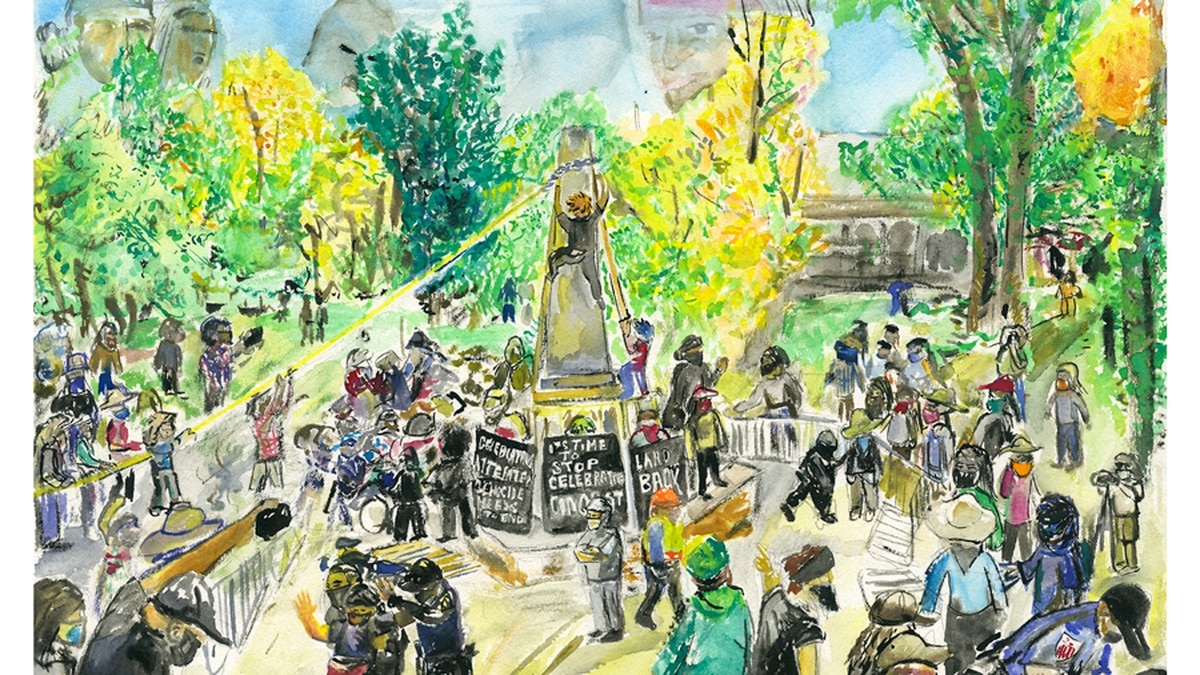 Bear Robe says the history of the obelisk shape itself is a long and murky one. Generally, she says, they denote a sense of place, but their very design is representative of Egypt, certainly not America. Additionally, she adds, there have been myriad artist responses to the concept of the obelisks and monuments over time. Barnett Newman’s 1963 “Broken Obelisk,” for example, which deconstructed the concept, flipping the shape upside down. Even more apropos, says Bear Robe, might be the Samuel de Champlain statue in Canada’s capital city Ottowa, part of which once included a genuflecting Native figure placed in subservience beneath a decidedly more triumphant representation of the French colonizer.