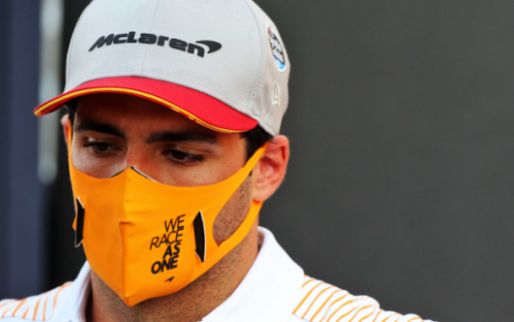 In recent years, Formula 1 has been known to have one team in charge, while the rest of the field play catchup. Since 2014 it has been Mercedes leading the way. In other classes, such as Formula 2 and Formula 3, the cars are the same and the differences are much smaller. Sebastian Vettel indicated earlier that he would like to race with F1 drivers in equivalent cars and Carlos Sainz has a similar opinion.

The Spaniard, who is going to replace Vettel at Ferrari next year, thinks it is a good idea that could work. “I want to compete in a competition where everyone has the same conditions in an F1 car,” Sainz explained to Motorsport.com. McLaren‘s driver explained that he prefers to see all drivers driving an F1 car of equal capabilities.

Are Honda going to have less budget in 2021?

Impossible to live up to

“I don’t care about the rest. As a driver you always want to see how fast you are with the fastest car in the world and that is a Formula 1 car. I hope that one day we will all be able to drive the same F1 car and see who is the fastest.”

According to Sainz, this is the best way to find out who is the fastest driver, rather than the car having a huge impact on performance.

“I think that is the fairest thing. At the end of the day, the F2, F3 or the rallycross is something complementary to what we drive.” Those classes do drive identical cars, where the driver and mechanic can make the difference. Sainz does see the reality and expects that a race between twenty F1 drivers in twenty F1 cars that are equivalent to each other is a far cry from a real possibility. “I think it is impossible to arrange that.”

Ricciardo: “I’m going to give it a red hot crack till the last day”

“Red Bull may just have to take some short-term pain”

F1 at risk of becoming ‘irrelevant to car manufacturers’ – Autoblog