Blog
Home Music Silence in Seattle: What Happened When Music Left its Capital? – The Spectator
Music

Silence in Seattle: What Happened When Music Left its Capital? – The Spectator 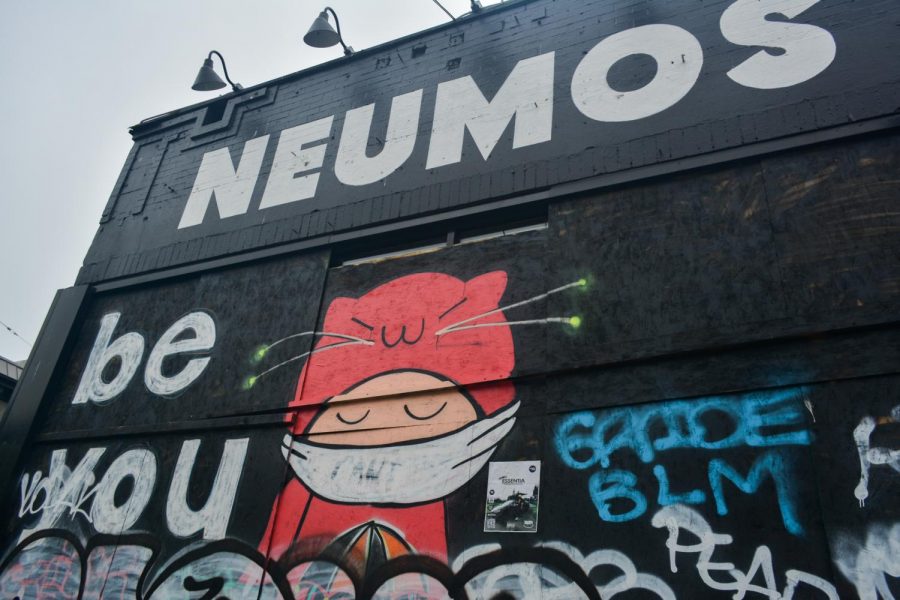 Young M.A left the Neumos stage after rapping to an excited audience. As the lights rose, audience members began to clear out of the last concert they would see this year, while Neumos security, bartenders and box-office employees unknowingly worked their last shift on March 10 around 11:30 p.m..

The unbridled joy of watching your favorite artist on stage and the rush of a mosh pit was taken, without warning, by an invisible virus. The music industry is changing, along with the lives of musicians, industry workers and concert-goers alike.

As venues would be in the midst of their busiest season and artists would be approaching their most profitable time of the year, the bleak nature of the music industry is now at an all time high. Now musicians and venue employees face unemployment, while music lovers are left with a digital figment of the scene that once was. The Seattle music industry is dead for the foreseeable future, and if COVID-19 persists the way it is now, its disappearance may be permanent.

When COVID-19 hit Seattle, it hit hard, shutting down all live music in one fatal swoop. Concerts scheduled for the spring were immediately postponed or canceled as artists and venue workers watched their livelihoods disappear. Neumos’s talent buyer, Evan Johnson, has experienced these difficulties firsthand.

“What sucks about it is we were going into March and April, the second busiest time of the year,” Johnson said. “We had five shows scheduled a week, and they were taken out from under us.”

For Enzo Malaspina, bassist for the indie band Ultra-Q, COVID-19has stripped him and his bandmates of crucial opportunities.

“Shows, tours and any hopes of being signed are slowed down,” Malaspina said. “I also haven’t played with my band since February.”

Malaspina expressed that the Seattle music scene has always been an exciting thing to be a part of. When his band played at Chop Suey back in 2018, he recalled an energetic and lively crowd.

“The Seattle scene is unbeatable and that show was a great opportunity for us,” Malaspina said.

“We won battle of the bands and then Quadstock got cancelled because of COVID,”  Nardelli said. “The ball was just starting to get rolling. I thrive playing in front of people, and it’s so much easier to play gigs. How do you establish a following if you can’t play live shows?”

For small venues like Neumos, independent artists like Malaspina and Nardelli are an important part of their establishment.

“What’s great about Neumos is that we do a good amount of local stuff,” Johnson said. “Most artists don’t start off with an agent and they’re the ones advocating for themselves. It’s really cool to chat with artists locally who are really passionate about growing their brand and putting on a great show, and you’re really a part of that from the beginning. Not hearing from them at almost any capacity has been a bummer, it’s a really fulfilling part of the job.”

The Seattle music arena would be lifeless without its attendees, who are left with no community to cling to. Altair Fazio, an avid concert-goer and music enthusiast, was averaging two house shows per week at this time last year.

“The hive on my birthday was my favorite show,” Fazio said. “It was a female band and she let me and my friend scream on stage.”

While shows are still happening via social media and YouTube, Fazio claims there is no way to emulate the emotion of a live show.

“I wasn’t going for music,” Fazio said. “More so for the community and the dancing and the getting punched in the face and the sweat and the lights. You just can’t do it online. It’s made me really sad to not go to shows, it’s even sadder to think that this may not happen again for another year.”

To ensure live music has a place to return to, all reaches of the music community will have to come together to save it.

“The biggest non-financial thing that people can do is use resources from the independent venue association, a big group formed at the beginning of [COVID-19] to represent independent music venues nation-wide,” Johnson said.

The Save Our Stages Act, a bill being proposed at Congress, would donate 10 billion dollars to independent arts venues. Saveourstages.com has many different resources, such as filling out a pre-filled letter to send to representatives and show support for struggling venues.

Despite the devastation caused by the disappearance of live music, many artists are using this time as a much needed break to focus on their art. Nardelli finally had time in quarantine to devote all his time to music, earning his acceptance into one of America’s top music schools: Berklee College of Music. Venue workers are also hopeful of change to come once live music returns.

Man vs machine - Engineers, not racers, are the true drivers of success in motor sport | Graphic detail - The EconomistOctober 17, 2020
The Best Gear for Storm Photography - PetaPixelOctober 17, 2020

Smoke Jazz Club Reopens, With Music Inside and Seating Outside – westsiderag.com