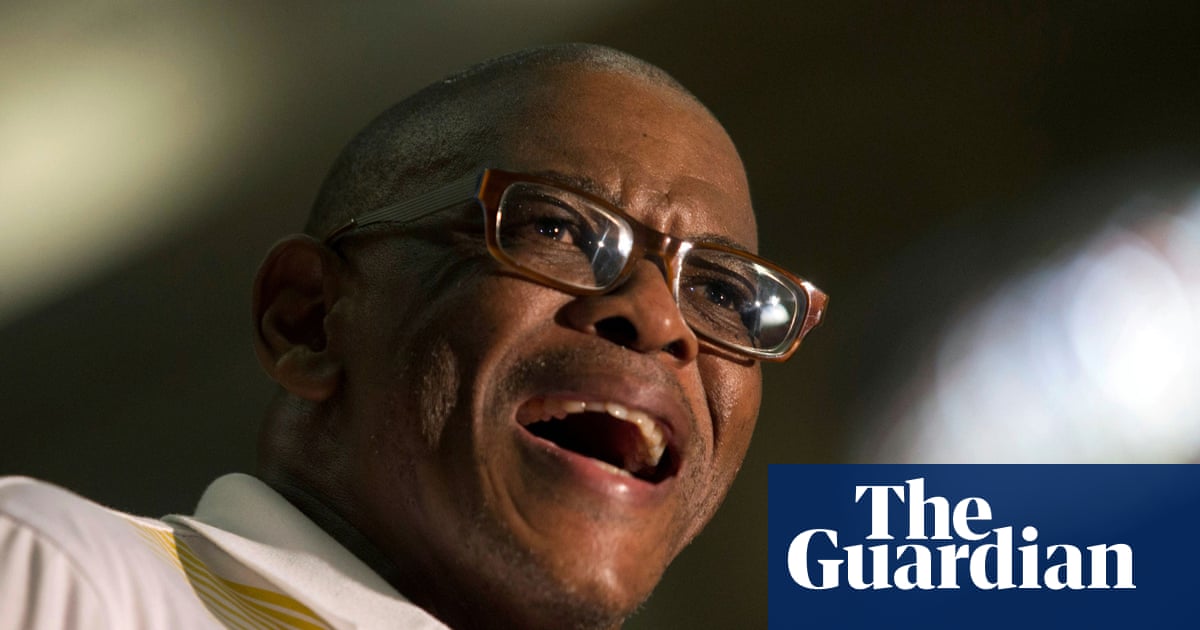 South African prosecutors issued an arrest warrant on Monday for Ace Magashule, one of the most powerful politicians in the troubled country and a key figure in the ruling African National Congress.

The move appeared to signal a new will by authorities to move against alleged corruption, and is likely to be welcomed by Cyril Ramaphosa, the president, who is under pressure for failing to tackle the problem since taking power almost three years ago.

The warrant has been issued in relation to Magashule’s alleged role in a $15m contract to find and remove asbestos from homes in disadvantaged neighbourhoods in the Free State province.

Magashule is the secretary general of the ANC and so in charge of the day-to-day running of the party that has governed South Africa since the end of the repressive, racist apartheid regime in 1994. He was premier of Free State province from 2009 to 2018, and so at the time of the alleged corruption.

On Tuesday the 61-year-old politician said he was “ready for anything” and claimed that the “enemy” had infiltrated the governing party.

“I have not done anything wrong … I am a law abiding citizen,” Magashule told journalists while campaigning in the Soweto township for upcoming by-elections.

“He is a very powerful individual and there have been allegations of corruption swirling about him for years. It is an important moment for the rule of law, and … sends a powerful message,” said Judith February, an expert in governance and commentator.

A statement from the ANC said only that the party would be “monitoring developments”.

Though Ramaphosa is not thought to have intervened in the move to prosecute Magashule, the arrest of a major political rival will be a welcome boost for the president’s continuing efforts to impose his will on the bitterly divided ruling party.

“There are no heroes here. This should have happened a long time ago. But Ramaphosa will be happy. It plays into his anti-corruption agenda,” said Ralph Mathekga, an author and analyst.

Ramaphosa, a labour activist turned wealthy tycoon, is seen as the leader of the ANC’s moderate and reformist wing, while Magashule is the political heir of former president Jacob Zuma, who represents a more radical wing committed to a sharp redistribution of wealth in South Africa.

Zuma was forced to resign in 2017 amid allegations of systematic corruption and mismanagement.

“Within the ANC the tensions remain and Ramaphosa remains leader of the party, so any celebration will be very quiet. He is well aware that the consequences of any arrest of Magashule for the party are very unpredictable,” said Mathekga.

Derek Hanekom, a former ANC minister and leading Ramaphosa loyalist, said prosecutors were “doing exactly what the constitution demands [and] applying the law without fear or favour.”

“No one is above the law. Innocence can be established in court. Or guilt. But a fair hearing is guaranteed,” Hanekom said.

Public outrage has been building for years but was fuelled in recent months by a series of scandals involving massive sums corruptly earned on government contracts for emergency supplies to combat the Covid-19 pandemic and grants to support the most needy.

There have also been a series of revelations about systematic corruption in major government utilities and ministries at the televised hearings of a judicial inquiry.

In June, Ramaphosa ordered that evidence presented at the inquiry could be used by prosecutors, potentially opening up hundreds of cases for further action.

“There is a lot of evidence in the public domain, and that makes the arrest feel perfectly legitimate. The ANC is rotten but hopefully this is the start of a clean up. But it will take a very long time,” said February.

In August, Ramaphosa said ANC officials must take leave from their positions if charged with corruption, and resign if convicted. However the policy has not so far been applied by the party.

Magashule is scheduled to appear before magistrates in Bloemfontein, the capital of Free State province, on Friday.

Although the country has been widely praised for its response to the Covid-19 pandemic, the crisis has dealt a heavy blow to South Africa’s flagging economy, exacerbating soaring unemployment, undermining public finances and derailing infrastructure projects.