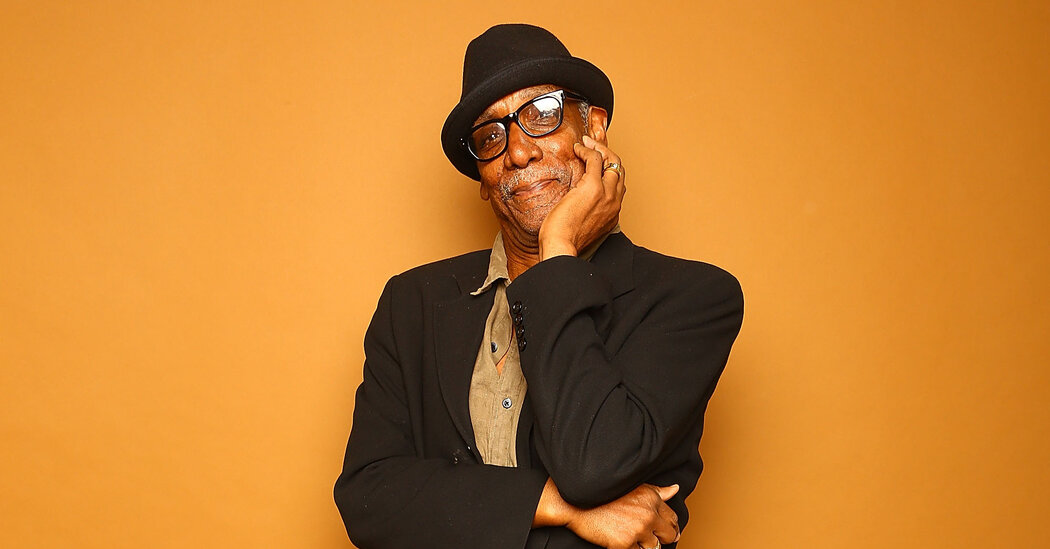 Thomas Jefferson Byrd, a film, television and stage actor who was a favorite of the director Spike Lee and received a Tony Award nomination for his one Broadway appearance, in a 2003 production of “Ma Rainey’s Black Bottom,” was killed early Saturday in a shooting in Atlanta. He was 70.

Anthony Grant, a spokesman for the Atlanta police, said on Sunday that Mr. Byrd was pronounced dead of multiple gunshot wounds to the back after the police responded to a call about 1:45 a.m. on Saturday.

Craig Wyckoff, a friend and former representative of Mr. Byrd’s, said he had spoken with a “circle of friends,” who told him that Mr. Byrd had gotten into an argument with someone at a store and that “that person must have followed him home.” The police said the case was under investigation and declined to confirm that account.

He also had a regular role in Mr. Lee’s recent TV series, “She’s Gotta Have It,” based on his 1986 film of the same name.

Mr. Byrd was a regular on Off Broadway and regional stages, appearing frequently in August Wilson plays, among them “The Piano Lesson” at San Jose Repertory Theater in California in 2001, “Seven Guitars” with the St. Louis Black Repertory Company in 2002 and “Gem of the Ocean” at the Actors Theater of Louisville in Kentucky in 2006.

He was a late addition to the Broadway cast of Mr. Wilson’s “Ma Rainey,” taking over the role of Toledo, the reflective, philosophizing piano player in the title character’s band. The cast was headed by Whoopi Goldberg in the title role and Charles S. Dutton as the trumpeter Levee. Though the production, which ran for 68 performances, drew mixed reviews, Mr. Byrd and the actors playing two other musicians, Stephen McKinley Henderson and Carl Gordon, drew widespread praise. Mr. Byrd was nominated for the Tony for best featured actor in a play.

“Thomas Jefferson Byrd is a singular pleasure in the role of Toledo, the verbally fastidious piano player who dispenses nuggets of African history and homegrown philosophy,” Charles Isherwood wrote in Variety. “The prim set of Byrd’s mouth and the expressive gymnastics of his eyebrows gently accent Toledo’s more pompous asides, but he brings the right measure of natural gravity to Toledo’s more painfully authentic ruminations.”

Mr. Byrd played a broad range of roles. In Mr. Lee’s “Get on the Bus,” about a group of men headed to the Million Man March in Washington, he was a father who was literally chained to his son, a petty criminal. In Kwame Kwei-Armah’s “Elmina’s Kitchen” at Center Stage in Baltimore in 2005, he portrayed, as The Washington Post put it, “a slimeball in dreadlocks who becomes a role model” for a teenage boy. In Alice Childress’s “Trouble in Mind,” at Arena Stage in Washington in 2011, his character delivered a moving monologue about witnessing a lynching.

In a video interview during that production, Mr. Byrd said that what interested him were roles that broke away from the stereotypes Black actors often found themselves playing and conveyed the depth and complexity of the Black experience.

“We as African-American people take serious issue with how we’re portrayed,” he said, “because that big screen is very powerful.”

“You see this guy, and he’s a minimal person; he’s minimal,” he said, describing those stereotypical roles.

According to a biographical sketch on the Internet Movie Data Base website, Mr. Byrd was born on June 15, 1950, in Griffin, Ga., south of Atlanta. He received a bachelor’s degree at Morris Brown College in Atlanta and a master of fine arts degree in dance from the California Institute of the Arts.

Mr. Byrd’s other credits included “Mama Flora’s Family,” a 1998 television mini-series, and the 2005 TV movie “Lackawanna Blues,” a version of the Ruben Santiago-Hudson play. In a forthcoming film, “Freedom’s Path,” about the Underground Railroad, Mr. Byrd plays the role of Abner, a father figure to a group of former slaves.

Information about his survivors was not immediately available.

Mr. Wyckoff said that in recent years Mr. Byrd had started teaching acting as he tried to “get his personal life together” after a set of personal struggles.

Nasser Metcalfe, an actor and friend, said he had been “struck by his humility.”

At a showing of “Clockers” at a theater in Atlanta before the two met, both actors were in the audience. It wasn’t a screening, Mr. Metcalfe said, “just the 8 o’clock showing at the local multiplex.”

When the film ended, some of the people who had been sitting near Mr. Byrd stood up and applauded him. Mr. Byrd “very humbly” accepted their praise but did not want the spotlight on himself.

“He appreciated the love,” Mr. Metcalfe said in a phone call on Sunday, “but he didn’t necessarily want to be the center of attention.”

Mr. Byrd had become “more introspective” in recent years, Mr. Metcalfe said. “He was on a path of spiritual self discovery, so to speak, more so than trying to book the next job,” he said.

But, Mr. Metcalfe added, “whenever Spike called, he was there.”

BBC Films and why we need public-funded movies – Financial Times