Blog
Home Music Travis: how we made Why Does It Always Rain on Me? – The Guardian
Music

Travis: how we made Why Does It Always Rain on Me? – The Guardian 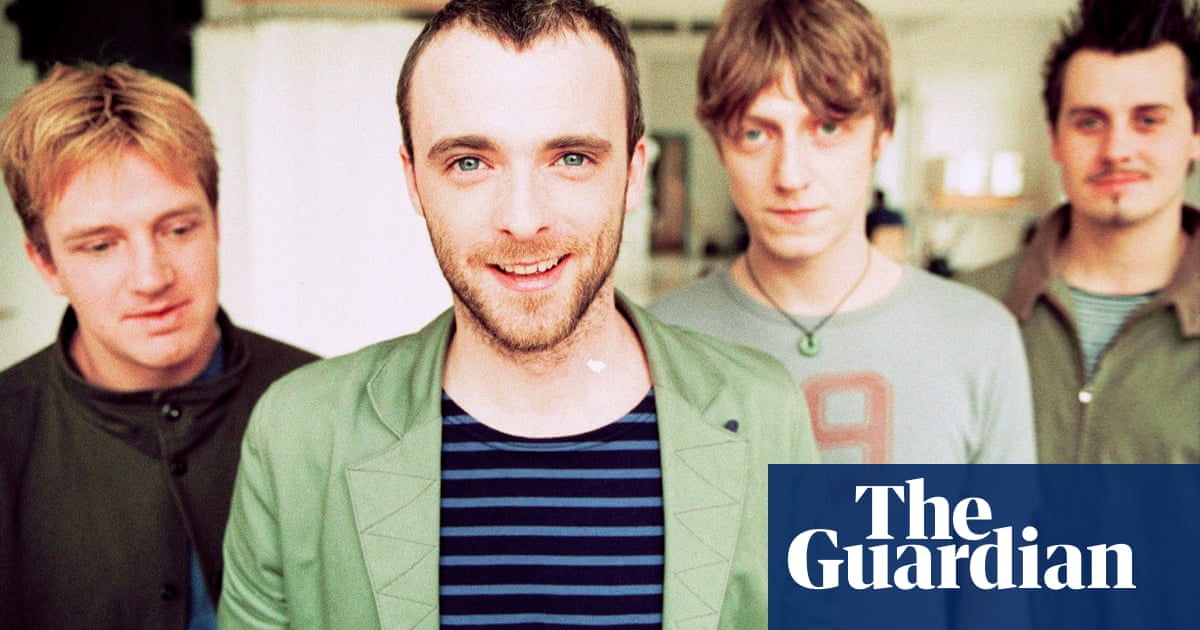 I was talking to my accountant in the middle of winter, feeling burned out, and I asked: “Where’s sunny?” He suggested I go to Eilat in Israel. When I landed it was beautiful sunny weather, but between the plane and the hotel the heavens opened and it rained until I left a week later. It was ridiculous.

I had an urge to write a song and picked up my guitar. I got the first verse. Then the second verse initially went “Why does it always rain on you? Is it because I picked you up in ’92?” which was rubbish, so I changed it. I wrote the rest of the song six months later, in Madrid at 1am. Our manager had called trying to convince me that our career was happening; we’d played 240 shows and supported Oasis, but nothing was connecting.

After I put the phone down I wrote: “I can’t sleep tonight. Everybody’s saying everything is all right.” Then “I can’t stand myself” meaning I hate myself but also I can’t stand up. “I’m being held up by invisible men”, refers to the industry people who prop you up but also hold you up, like robbers. “Is it because I lied when I was 17?” is about the fibs we all tell. When I’d just turned 17 I risked having the biggest club in Glasgow closed down because I lied about my age to get a job behind the bar. Why Does It Always Rain on Me? is a universal truth. Everyone has a moment when they hate themselves and think everything is rubbish.

My original demo was more jaunty, but after I suggested “Let’s play it really lazy, like we just took Valium” it sounded just right. We recorded the music and vocals in France. I sang it 20 times and [producer] Mike Hedges pieced together the best bits. I could never have sung it that well in one go. The energy of the band recording is four guys looking at each other thinking: “Who’s going to fuck up first?” Mike suggested the cello intro after we had a terrible session in Abbey Road when we were just overawed at being in the Beatles room. There was one pitiful version, with me playing mouth trumpet, that Nigel Godrich got rid of when he mixed it and gave us that dreamy guitar sound. The moment we went into Why Does It Always Rain on Me? at Glastonbury in 1999, the heavens opened. After that, everything turned around for us.

I had made some short films with a Super 8 camera, and Orbital liked one so I fell into making videos for bands including Blur and the Bluetones. Travis were smart people and a real laugh to work with. The video for Why Does It Always Rain on Me? starts with Fran tied up and gagged in the boot of a Vauxhall Viva. I couldn’t have done that with Liam Gallagher. There’s no rain. Fran eventually wanders across the moors, sees the band – his kidnappers – and kills them, while wearing a kilt. The video’s pretty abstract but mirrors the song’s lovely sense of melancholy, which turns into something uplifting.

We filmed on Bodmin Moor, Cornwall. Fran was up for jumping off a cliff but there was no way the label or production company would allow that so we cast a stuntman. Scuba divers did a safety check of the watery quarry beforehand and found missing cars and shopping trolleys. No bodies, I don’t think. If you look closely, as he goes down the kilt goes up and there’s a saltire on his pants, so a bit of extra Scottishness. We did the underwater shots in a water tank after the band had training. Then, after climbing through a hatch, they reappear playing songs aboard a pontoon (we’d built a set on it); off they float down the river – everybody’s friends and in a band again. Music makes everything all right!

It was whimsical and a bit bonkers, but there was real talent involved. The director of photography, Ben Davis, went on to shoot Guardians of the Galaxy and the producer, Derrin Schlesinger, did Four Lions. Making videos in that period was like film school for people like me who’d never been to one. The Travis video really captured the band members’ willingness to do silly things. In one scene they’re prodding a dead goat. We requested one and the farmer turned up with a truckload and asked, “Which one do you want?” Well, it was the 90s.

• Travis’s new album, 10 Songs, is released on Friday on BMG.