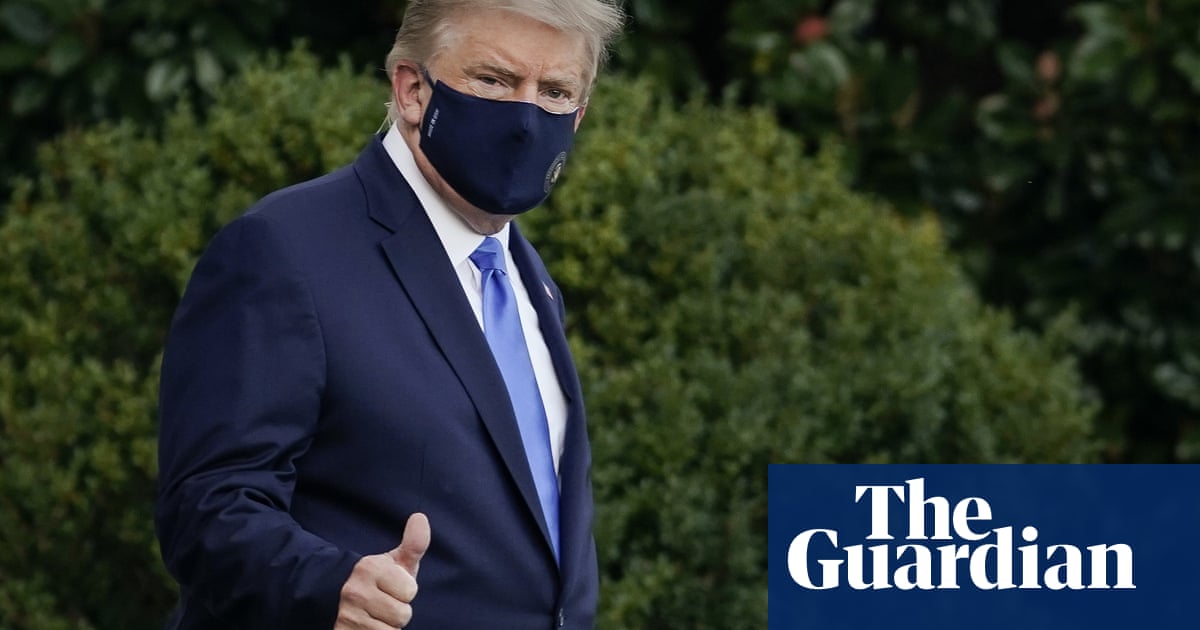 Donald Trump has been flown to a military hospital after contracting Covid-19. Officials said the president would spend a few days at the Walter Reed national military medical centre. While he was in transit, a video was posted to Trump’s Twitter account in which the president addressed the camera directly, thanking people for their support