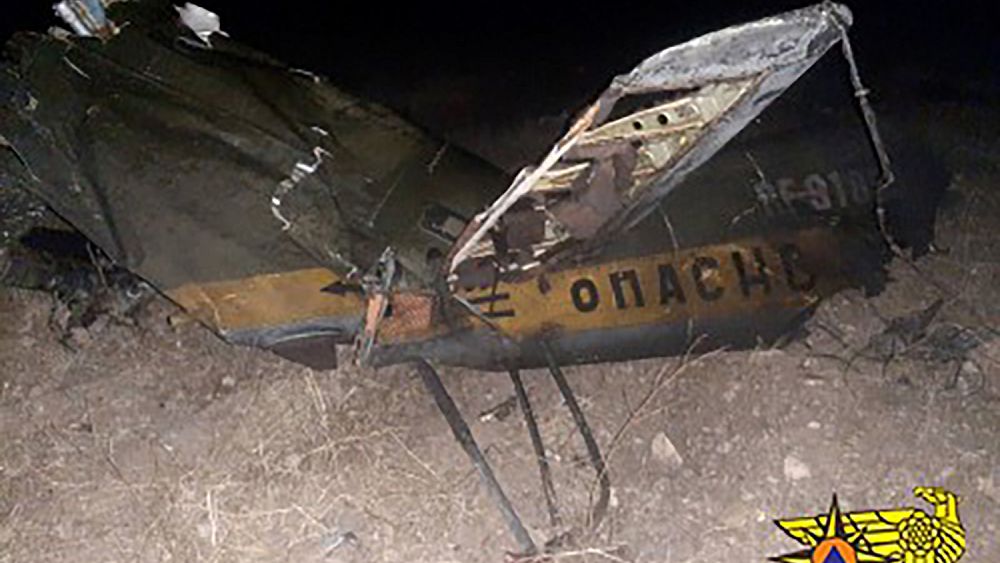 Russia said on Monday that one of its military helicopters was shot down in Armenia, near the border with Azerbaijan, killing two servicemen and wounding another.

Azerbaijan has claimed responsibility for the incident and apologised to Russia.

The incident occurred near the border with the Azerbaijan exclave of Nakhchivan.

Armenian and Azerbaijani forces have been fighting for six weeks over the region of Nagorno-Karabakh, which is within Azerbaijan but has been under the control of ethnic Armenians since 1994.

Nakhchivan is about 70 kilometres (40 miles) from Nagorno-Karabakh and it was not clear if the helicopter shootdown was connected with the conflict.

The defence ministry said the helicopter was accompanying a military convoy but did not clarify the purpose of the convoy. Russia has a large military base in Armenia, but it is about 150 kilometres (90 miles) from where the helicopter was shot down.

It added in a statement that it “should be emphasised” that the helicopter was flying in a zone where “active military clashes continue”, that it flew “in the dark, at low altitude, outside of air defense radar detection zone,” and that no Russian military helicopters had been spotted in that area.

“In the context of the mentioned factors and in light of the tense situation in the region and increase combat readiness in connection with possible provocations by the Armenian side, the combat crew on duty took the decision to open fire.

“The Azerbaijani side apologises to the Russian side in connection with this tragic incident, which is accidental and was not directed against the Russian side,” it also said, expressing “since condolences” the families of the victims.

The Armenian Ministry of Foreign Affairs said it “strongly” condemned the “assault” against Russian Armed forces and refuted Azerbaijani’s statement.

“This tragic incident occurred far away from the Nagorno-Karabakh conflict zone, in a place where no military clashes have been recorded during this period,” it said in a statement.

“We are convinced that the use of force against the Armed Forces of the Russian Federation will receive an adequate response,” it added.

Russia has a formal military alliance with Armenia — which excludes Nagorno-Karabakh — but also has close ties with Azerbaijan.

Azerbaijani forces have meanwhile taken control of Shushi, a strategically key city near the region’s capital, the spokesman for the president of the separatist government in Nagorno-Karabakh confirmed on Monday.

The seizure is the most significant military development in the fighting over the territory.

Shushi’s position above the regional capital Stepanakert, which is about 10 kilometres (six miles) to the north, gives strategic advantage to whoever holds it. The city also lies along the main road connecting Stepanakert with Armenia.

Several thousands of people are believed to have died as a result of fighting since the latest episode of violence started between the two counties on September 27.

The former Soviet states of Azerbaijan and Armenia fought a bloody war over the mountainous region of Nagorno-Karabakh in the early 1990s.

Thousands were killed on both sides. Hundreds of thousands of people were displaced.

The war ended with a truce in 1994, although there has been sporadic violence since then as the conflict remains unresolved.

The latest flare-up of violence started on September 27 and has left hundreds — if not thousands — dead.

The Vizio OLED TV is unmissable at this price, whatever Black Friday may hold - TechRadarNovember 9, 2020
Here are easy toll road mistakes that can cost you money - KPRC Click2HoustonNovember 9, 2020