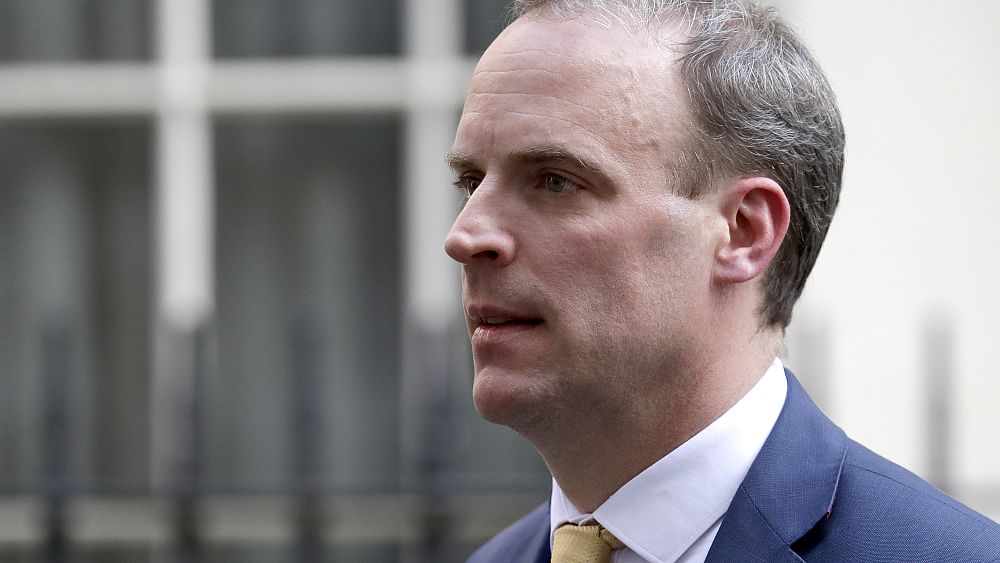 The United Kingdom has said that that the “expulsion” of two British diplomats from Belarus was “wholly unjustified”.

“The expulsion of 2 UK diplomats from Belarus for legitimately observing protests is wholly unjustified,” Raab tweeted on Monday.

“Lukashenko can’t hide the oppression of his own people.”

“The only way forward is free and fair elections, and accountability for those responsible for violence against demonstrators”.

But UK Defence Minister Ben Wallace said that the move by Belarus was based on “fabricated and misleading accusations”.

“[It] is a flagrant attempt to divert attention from the growing oppression to free speech and freedoms inside Belarus by the Lukashenko regime.”

The news came as Belarus’ opposition movement condemned a new wave of repression after at least 400 people were arrested during the weekly rally against President Lukashenko.

Lukashenko has faced unprecedented opposition in Belarus since he declared his re-election, disputed by many including the country’s opposition, for a sixth term in August.

Each Sunday, tens of thousands of Belarusians have been demonstrating in the streets of the capital to demand his departure.

The UK has joined the European Union in announcing sanctions against Belarusian officials for the repression of the protest movement.

The British ambassador to Belarus was also recalled from the country in October.

The UK Foreign Office has cited a report by the Organisation for Security and Co-operation in Europe, which has found strong evidence that the elections were falsified and of “massive and systematic” human rights abuses in Belarus.