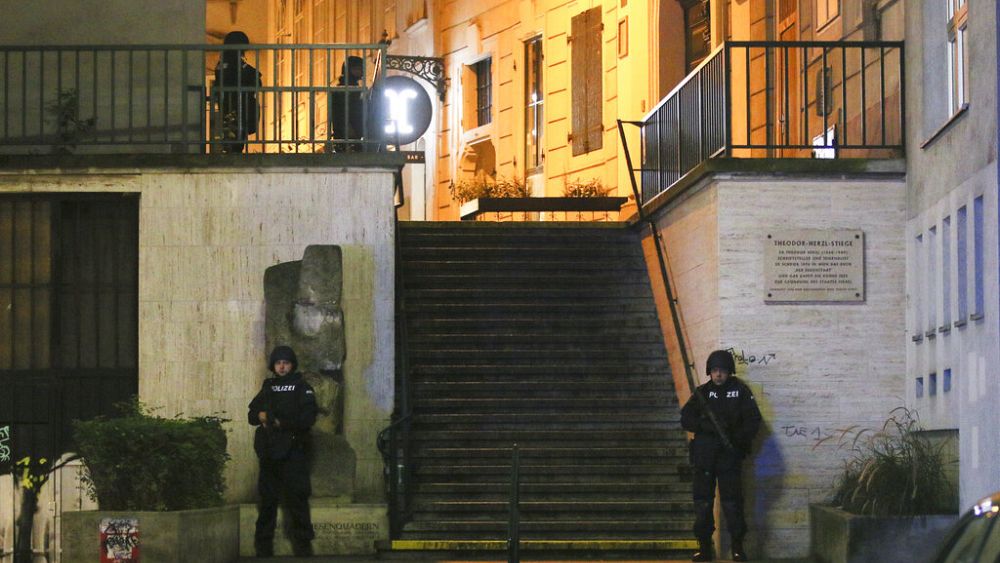 Four people were killed in an attack in Vienna, Austria late on Monday, in what the country’s Chancellor called a “repulsive terrorist attack”.

A suspect was also shot dead by police, in an attack that came as residents enjoyed the final night out before the city enters a partial coronavirus lockdown.

At least 17 people were injured in the incident, and speaking on Tuesday, Chancellor Sebastian Kurz said that the victims would be commemorated at midday, while the country’s national security council was being convened to discuss what should happen next.

He added that the fact that the attacks were carried out by Islamists did not mean that Austrians “should condemn all members of a religion”.

“It is a fight between the people who believe in peace and the terrorists,” he said at a news conference.

He said it was clearly an “Islamist” attack and said that the attackers were motivated by hatred of Austrian democracy and its way of life.

A suspected attacker, who was carrying an assault rifle and a fake suicide vest, was also shot and killed by police.

Officials said he was a 20-year-old Austrian-North Macedonian dual national who had a previous terror conviction.

Police are still determing whether there are more suspects at large.

A witness to the attack, Eveline, told AP that she and others had taken refuge in a local hotel.

“Suddenly the shooting started, at first we did not know what it was … Then there was shooting again, but closer, so we started to run away,” she said.

What do we know about the attack?

It began at just after 8 pm CET on Monday night in a street close to Vienna’s main synagogue and speaking Monday Kurz said that the attackers may have had anti-semitic motives.

Oskar Deutsch, a Jewish community leader, said it was too early to say whether the temple was one of the targets but confirmed there had been “a shooting in the immediate vicinity of the city temple.”

Deutsch said that both the synagogue in Seitenstettengasse and an office building at the same address were closed at the time of the attack.

Austrian Interior Minister Karl Nehammer said that the army was guarding key locations in the city as hundreds of police hunted for the remaining gunmen.

Nehammer told people in Vienna to stay indoors and avoid the city centre and encouraged parents not to send their children to school on Tuesday.

The attacker, named as Kujtim Fejzulai, was sentenced to 22 months in prison in April 2019 because he had tried to travel to Syria to join the Islamic State group. He was granted early release in December under juvenile law.

The attack has echoes of those in London in 2017 and Paris in 2015 when attackers roamed the streets of the two cities armed with knives and guns, killing maiming civilians in restaurants and bars.

What have we heard from the scene?

Vienna’s Chief Rabbi Schlomo Hofmeister told broadcaster LBC in a radio interview that he was in the Seitenstettengasse synagogue’s compound and saw multiple gunmen firing into bars and restaurants.

“The gunmen were running around, shooting at least 100 rounds or even more, in front of our building,” he added.

He said he “doubted it was an attack on the synagogue, adding: “At this time of night there is no activity taking place in the great synagogue, we don’t really know, however, what’s going on.”

Police asked social media users not to share photos or videos that purported to show the incident because it “endangers both emergency services and the civilian population”.

In videos shared on social media, people were pictured running as what appeared to be gunshots could be heard.

Czech police said Monday evening that they were “carrying out random checks on vehicles and passengers” at the country’s border with Austria after the attack.

“Police officers exercise increased supervision over the most important Jewish buildings in the Czech Republic,” the force added in a tweet. “We assure the public that the measures taken are exclusively preventive in nature.”

And Germany has put controls in place at the border too, which a German police spokesman said were a “tactical priority”.

“Europe strongly condemns this cowardly act that violates life and our human values,” President of the European Council Charles Michel wrote on Twitter.

“I am deeply shocked by the terrible attacks in Vienna tonight. The UK’s thoughts are with the people of Austria – we stand united with you against terror,” said UK Prime Minister Boris Johnson.

“Terrifying, disturbing reports reach us this evening. Even if the extent of the terror is not yet known, our thoughts are with the injured and victims in these difficult hours. We must not give way to the hatred that is intended to divide our societies,” the German foreign ministry said in a tweet.

“We the French share the shock and grief of the Austrian people,” French President Emmanuel Macron wrote. “After France, an ally country has been attacked. This is our Europe. Our enemies must know who they are dealing with. We will not give up.”

France on has been struck by two Islamist attacks in a matter of weeks; a knifeman killed three people last week at a church in Nice and on October 16 a French teacher, Samuel Paty, was beheaded after showing cartoons depicting Islam’s prophet in a class on freedom of speech.

Authors discuss their new book on relationships in higher education - Inside Higher EdNovember 3, 2020
How to Turn the Internet Into a Profit-Maker? - Vulcan PostNovember 3, 2020