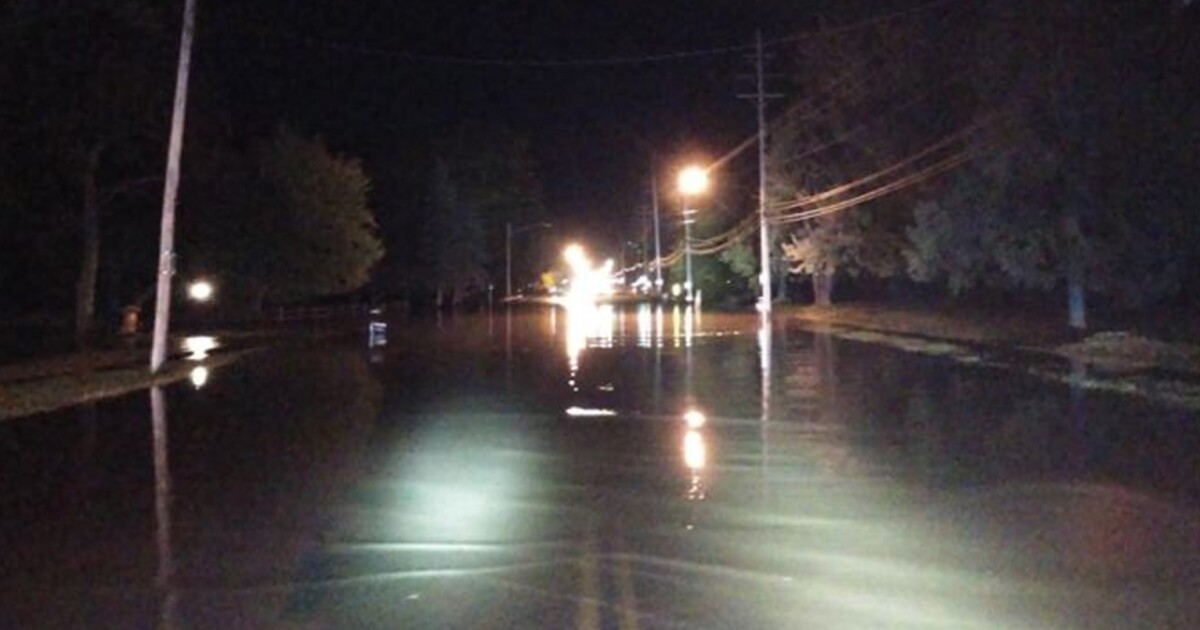 RICHMOND HEIGHTS, Ohio — A water main break in Richmond Heights Saturday night has left residents in some surrounding neighborhoods and cities without water.

The water main break is on Highland Road between Hillcrest Drive and Trebisky Road. The westbound lane of Highland Road is currently closed, according to the Richmond Heights Police Department.

Police ask that you avoid the area.

The Cleveland Water Department has crews on scene. According to the water department, the main break is causing a service outage and low pressure. Of

Cleveland Water Department Spokesperson John Goersmeyer said crews are working to locate and isolate the break. Once that is fixed, customers should have their water pressure restored. He also noted that the department was experiencing a technical issue with its phone lines, but the issue has been resolved. Calls are being answered again.

News 5 viewers in Richmond Heights, University Heights, Mayfield Village, South Euclid and Lyndhurst have reported that their water is not working.

“Due to a very large transmission main break Saturday night, organisms that cause illness in people may have entered the water supply. The affected area is roughly bounded by the Lake County line and Highland Road on the north, Green Road on the west, Cedar Road and then Ridgebury Blvd. on the south, and the Chagrin River and then Brainard Road on the east. This area includes portions of Highland Heights, Richmond Heights, Lyndhurst, South Euclid, Mayfield, Mayfield Heights, and Gates Mills.”

The water department said you should take the following precautions:

You can check THIS MAP to see if you reside in an area where the boil advisory is active.

The water department said you should take the following precautions:

For more information about the water boil advisory, CLICK HERE.

Download the News 5 Cleveland app now for more stories from us, plus alerts on major news, the latest weather forecast, traffic information and much more. Download now on your Apple device here, and your Android device here.