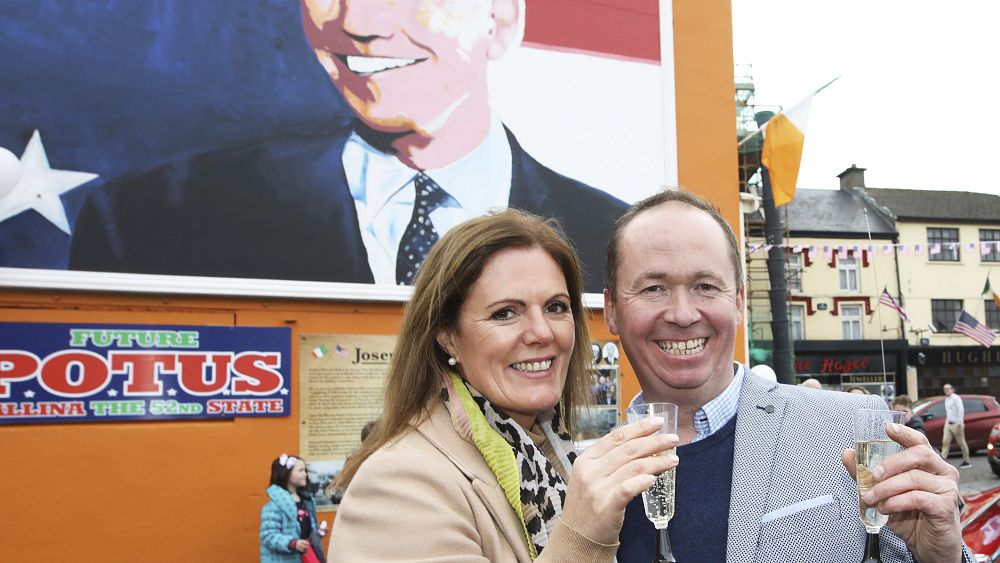 Europeans congratulated Joe Biden on being elected the 46th president of the United States on Saturday after days of waiting for a winner to be called.

“America is back!” tweeted Anne Hidalgo, the Mayor of Paris, shortly after news organisations called the presidency for Joe Biden.

“While we are about to celebrate the 5th anniversary of the Paris Agreement, this victory symbolises our need to act together more than ever, in view of climate emergency,” she said.

Biden has said that he will rejoin the Paris agreement on his first day in office.

“The European Union and the United States are friends and allies, our citizens share the deepest of links. Together we have built an unprecedented transatlantic partnership rooted in common history and shared values of democracy, freedom, human rights, social justice and open economy,” von der Leyen said in a statement.

Several European leaders commented on the win, congratulating the President-elect after a long wait.

“I sincerely wish him the best of luck and every success and I would also like to congratulate Kamala Harris, the first female vice-president-elect in the history of your country,” Merkel said in a statement released by her spokesperson.

“Our transatlantic friendship is indispensable if we are to deal with the major challenges of our time,” Merkel said.

“It’s good that there are finally clear figures. We look forward to working with the next US government. We want to invest in our cooperation for a new transatlantic beginning, a new deal,” German Foreign Minister Heiko Mass tweeted.

“We also want the West to play as a team again. This is the only way we can assert our values ​​in the world. As Europeans, we are ready to get even more involved in this partnership,” Mass said.

He had previously condemned the discourse in the United States, saying in an interview earlier: “It is important that the result is then accepted by everyone. It’s easy to be a winner, but sometimes it’s hard to be a loser.”

The UK focuses on the ‘historic achievement’ of Kamala Harris

Boris Johnson said in a statement that the US is “our most important ally and I look forward to working closely together on our shared priorities, from climate change to trade and security.”

Scotland’s First Minister Nicola Sturgeon congratulated the vice president-elect, stating: “The first woman in the White House – and the first woman of colour too. This is a big and special moment.”

Wales First Minister Mark Drakeford tweeted: “Congratulations to Joe Biden on winning the presidential election in a record turnout. And to Kamala Harris; the first female, black and Indian-American to hold the country’s 2nd highest office. Look forward to working with you to build on the strong links between Wales and USA.”

Emmanuel Macron congratulated Biden and Harris, stating that there was “a lot to do to overcome today’s challenges.”

Italy: ‘The US can count on us’

Italian premier Giuseppe Conte tweeted: “We are ready to work with the President-elect Joe Biden to make the transatlantic relationship stronger. The US can count on Italy as a solid ally and a strategic partner.”

Ireland: ‘Biden is a true friend of this nation’

Irish Taoiseach Micheal Martin said Joe Biden had been a friend to the nation throughout his life. Biden comes from a family of Irish Americans.

Greece: ‘Our relationship with the US will grow stronger’

“Joe Biden has been a true friend of Greece and I’m certain that under his presidency the relationship between our countries will grow even stronger,” said Greek PM Kyriákos Mitsotákis.

Poland: Determined to keep a strong US alliance going

“Congratulations to Joe Biden for a successful presidential campaign. As we await the nomination by the Electoral College, Poland is determined to upkeep high-level and high-quality PL-US strategic partnership for an even stronger alliance,” Andrej Duda tweeted.

Slovenian Prime Minister Janez Janša called into question the result, tweeting: “Complaints have been filed in all US states with a close outcome. The courts have not even begun to decide. Nevertheless, the #MSM [mainstream media] (and not some official body) announces the winner. Congratulations from all sides,” he said.

Hungary: No congratulations yet from Trump ally Orbán

As one of President Trump’s fiercest allies in Europe, Hungarian prime minister Viktor Orbán has so far declined to congratulate President-elect Joe Biden. Budapest’s mayor Gergely Karacsony was more unequivocal in response to Biden’s election. In a Facebook post, he wrote: “Trump was good for the Orbán government. President Biden will be good for Hungary”.

This article is being updated as news unfolds.

EU Commission: The first Europeans could be vaccinated by the end of the year – Euronews