Blog
Home Travel What is the Future of Travel Under a Biden Presidency? – TravelPulse

What is the Future of Travel Under a Biden Presidency? – TravelPulse 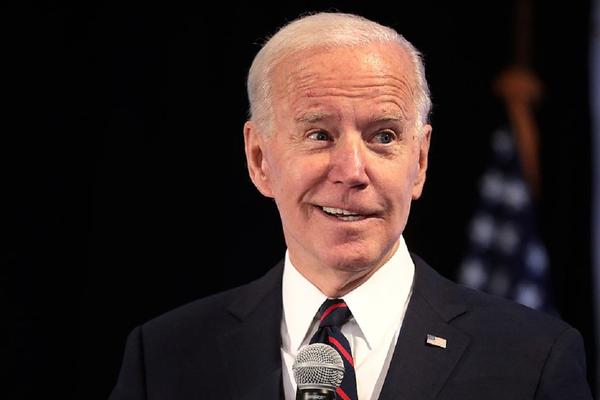 The travel industry is at a crossroads.

The devastation of the coronavirus pandemic has put airlines, cruise line companies, hotels, car rental businesses, restaurants, tourist attractions and suppliers and vendors to the industry on the brink of financial disaster.

If we aren’t there already.

So now that Democrat Joseph Biden has been projected to win the 2020 Election – pending final state certifications and expected litigation from President Donald Trump – the question must be asked.

What is the future of the travel industry under a Biden presidency?

To know the severity of the situation one must consider the numbers.

In a great article, Forbes noted that according to the World Travel & Tourism Council, the global travel and tourism industry will lose 174 million jobs this year if current travel and quarantine restrictions continue. In the U.S., a report produced for the US Travel Association found that the Leisure & Hospitality sector accounted for 11 percent of pre-pandemic employment in the United States and that 39 percent of all jobs lost in the US economy is attributable to declines in travel.

“The American travel industry congratulates President-elect Joe Biden on his victory,” U.S. Travel Association President and CEO Roger Dow said in a statement. “We applaud President-elect Biden’s objective of helping the industries most heavily impacted by the pandemic. The travel industry accounts for more than a third of overall U.S. unemployment, and policies to promote relief, recovery, and stimulus for travel businesses are integral to a U.S. economic turnaround.”

Ironically, as polar opposite as the candidates were – and as polarizing as this election was – there are similarities between President Trump and President-Elect Biden when it comes to the travel industry.

Both men want an extension of the CARES Act stimulus package in order to provide airlines with another payroll protection program bailout after thousands have workers have already been laid off.

Trump banned flights to and from China when it first became apparent the coronavirus was making an impact in the U.S., and later put restrictions on travel to and from Europe. Biden supports flight bans and restrictions if the science says so, i.e. an order from the Centers for Disease Control.

Where Biden differs from Trump is the cause of all the angst in the industry – COVID-19. Biden has said he would have been, and now will be, more proactive than the reactionary effort of Trump. To that end, at least two major television networks reported that Biden will announce on Monday a 12-member task force to deal with the pandemic.

“We share the emphasis on combatting the spread of COVID-19 expressed by the president-elect while building economic growth,” Dow said. “The right combination of technologies and behaviors already exists to allow the restart of travel without compromising health and safety, and making rapid and reliable testing more widely available will be a key element of an even broader economic reopening.”

The industry is also hoping that the Hospitality and Commerce Job Recovery Act of 2020 becomes law. According to Forbes, the act introduced by U.S. Senators Catherine Cortez Masto (D-Nev.) and Kevin Cramer (R-N.D.) is designed to provide relief and recovery measures for the convention, trade show, entertainment, travel and hospitality industries and their workers through a package of tax credits. The multi-billion-dollar meetings and conventions industry has been particularly devastated by bans on meetings and shows; Las Vegas, home to 150,000 visitor shows like CES, currently limits gatherings to 50.

Sara Nelson, the influential president of the Association of Flight Attendants-CWA, said the key is getting the stimulus package.

“You’ve got to get relief in place as soon as possible, both for economic reasons but also for health reasons,” Nelson told Conde Nast Traveler. “So the relief bill—and I refuse to call it a stimulus bill, because we’re in the middle of an emergency—the relief bill deals with both the economic crisis and also the health crisis. I think if you look at any lame duck session, there’s not great hope there, but if we had people who actually ran for office because they believe in this country and they care about this country, then Congress would act, and at a certain point it doesn’t matter what the President of the United States does.”

One other difference is infrastructure, which presumably includes America’s aging airports.

“The infrastructure plan is going to be critical, and it also needs to have a care component,” Nelson said. “Vice President Biden has in his plan a recognition that infrastructure isn’t just physical, it’s also human interaction—it’s childcare, it’s individuals who can do contact tracing. There’s a big human element to infrastructure.”

Still, Nelson remains optimistic. When asked what she thought of the psychological impact the election is going to have on travelers, or if travelers will see themselves differently depending on which man was elected, Nelson said: “People are going to be ready to go, they’re going to want to see each other. The virtual meetings have connected people in a new way, but what we have seen in the travel industry is that the more people are connected by technology the more they want to travel—because people naturally want to be together. And if you think businesses are going to say, “Oh, we don’t have to have those expenses, we don’t have to pay for those plane tickets and the hotel rooms”—the first time somebody gets a deal because they went personally, that all snaps back again.”

Nelson did take a shot at Trump, however.

“I also think we’d be a lot further along right now if we had actual leadership that not only helped contain the virus but also communicated what we’re doing in various industries to keep people safe,” she said. “We have a pretty extraordinary story to tell in aviation about how controlled the environment is. It takes everybody doing their part and following all of the rules, but when that happens it’s one of the safest spaces in America right now.”

These Philly music playlists celebrate the Biden-Harris win - Billy PennNovember 7, 2020
What’s next for airlines now that Joe Biden is president-elect of the US - The Points GuyNovember 7, 2020

Travelling in the ‘new normal’: How pandemic has changed the rules of the game – The Indian Express

The realities of travelling while Black – Metro.co.uk