A new report from Humanities Indicators (a part of the American Academy of Arts & Sciences), based on a survey of over 5,000 U.S. adults, reveals and discusses various beliefs and attitudes the American public has towards the humanities, and includes information specifically about the public’s perception of and engagement with philosophy.

You can get a sense of what people take to be the value (and disvalue) in studying the humanities from the following chart:

How do things look for philosophy specifically?

Let’s start with the bad news. Philosophy is the least favorably / most unfavorably viewed humanities discipline: 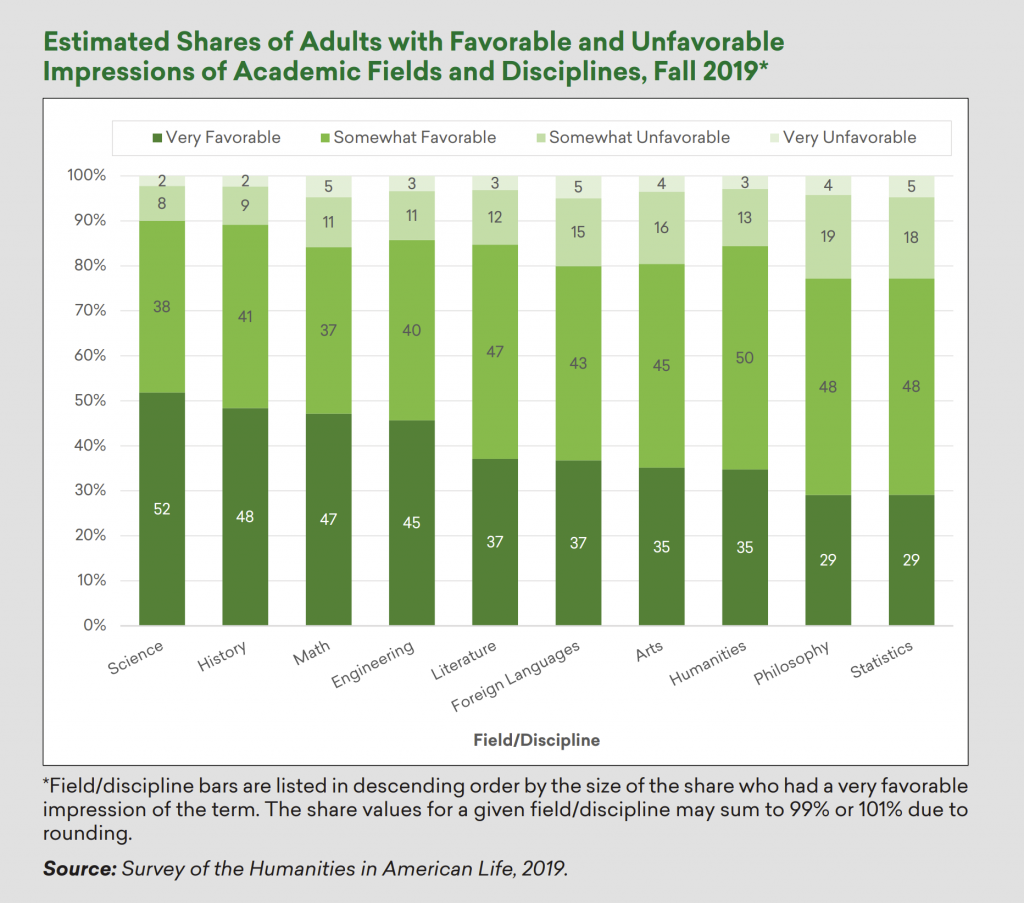 True, it’s not the most loathed of the humanities, but that we could use “You Probably Hate French More” as a tagline for the discipline is not much consolation.

The report does not offer an explanation for philosophy’s comparatively poor showing, or how bad this is. After all, 77% of respondents had a “very” or “somewhat” favorable impression of philosophy, and that is only 12 points lower than the most favorably viewed of the humanities, history. One does wonder, though, how respondents interpret the “somewhat favorably.” If they take it to mean “at least a smidgen of positive feeling” then the “very favorable” category is probably the more informative indicator, and there, philosophy is 19 points behind history.

Here are some more specific details on the public’s impression of philosophy, courtesy of Robert Townsend, director of Humanities Indicators:

When it comes to engagement with philosophy:

There are more details in the full report, which you can view here, along with philosophy-specific information here.  Many thanks to Robert Townsend for his work on this project and for sharing its findings.

Philosophy in Focus: The president is not a king – Tufts Daily