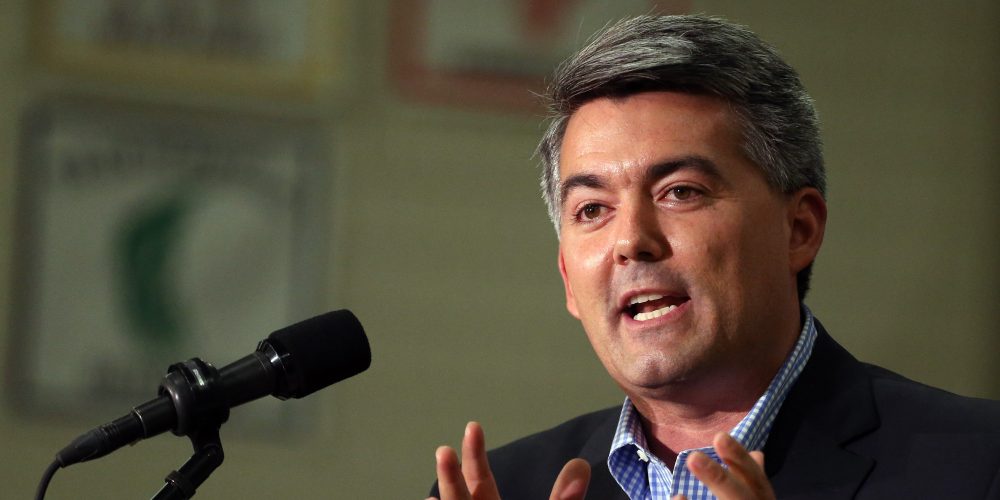 With the election so close, and Trump driving so many voters away from Republicans, U.S. Sen. Cory Gardner’s (R-CO) promise to speak out against his own party stands out among everything he’s said from 2014 till today. It’s been oft-repeated, but how can it not top Gardner’s quote list?

Ranking other statements from Gardner doesn’t make sense, because he’s said so much that’s memorable. But here’s a list to chew on.

“I’m a fighter for Colorado. Not just part of Colorado, but all four corners of Colorado. I’m the third most bipartisan member of the United States Senate, the third most bipartisan member, because I believe working together gets more results done. And if you look at what we have done for Colorado, it’s opening up. Bureau of Land Management, U.S. Space Command, Arkansas Valley conduits more legislation than the entire Colorado delegation combined.” Oct. 22, 2020.

RESPONDING TO HIS OPPONENTS

“What I worry about though, of course, is the paid protesters from out of state who are crowding out those Colorado voices. That’s a big concern of mine. It’s a concern of my colleagues when they can’t hear the voices of their constituents because paid activists from out of state are getting in the way.” September 14, 2018.

Fox 31 Denver: “As you know, there’s been protests outside your office. There’s a protest outside this hotel, people wondering, during this week of recess, why aren’t you hosting a town hall?” Gardner: “Well look, we’ve had a number of opportunities to engage with a number of Coloradans around the state. And we’ll continue to do that….” February 22, 2017

“Obviously, voter motivation and intensity is important in elections. And if more on the radical left, the loony left, get out and vote than the right, that’s a problem.” September 19, 2020.

“This is nothing more than a revenge majority. They want to fight against a president that they believe never should have been elected in the first place, and so the policies that they are pursuing are all going to be based on revenge: investigations, cutting border security, doing everything they can to provide that revenge.” December 12, 2018.

Fox News: “Do you think that your party’s apparent reluctance to call out the President of the United States when he says outrageous things, or does things that are highly controversial, is adding to this imbalance in Washington?” Gardner: “Well, I have certainly done everything I can to speak where I felt it was important to speak.” February 9, 2017.

On Trump’s tax bill: “And what a great Christmas celebration across the country, as we pass a bill that would grow wages, cut taxes, and get this country competitive again.” Dec. 15, 2017.

“Trump’s personal investment in the Senate sealed the deal. He crisscrossed the country, hitting some states multiple times — all the while delivering sound bites that Republican hopefuls used to promote themselves and bash their opponents.” November 8, 2018.

Multiple Reporters: Do you believe it’s appropriate for the President of the United States to ask a foreign leader to investigate a political rival, yes or no? Gardner: “This is what we are going to get into. The Senate Intelligence Committee is having an investigation, a bipartisan investigation….” Oct. 10, 2019.

On Trump’s tax returns: “The issue of the tax returns, I think everybody should have the opportunity to, to release their tax returns.” June 16, 2019.

On whether the impeachment trial should allow witnesses: “We have a trial, and that’s where we’re at right now.” January 16, 2020.

“When Mark Udall voted for Obamacare, he promised us, if we liked our health care plan, we could keep it. But you know how that worked out. I got a letter saying that my family’s insurance plan was canceled.” Aug. 11, 2014.

“Our next election is too soon and the stakes are too high; the American people deserve a role in the process as the next Supreme Court justice will influence the direction of this country for years to come.” July 10, 2018.

Increase to freelancer scheme will not help thousands of arts workers, unions warn - The StageNovember 2, 2020
Anger after Grayson Perry claims Covid will clear arts of 'dead wood' - The GuardianNovember 2, 2020

RSLvSKC Quotes: “It’s a really proud moment for the club, the staff, the team and the fans” – Sporting Kansas City

Quotes of the week – The Robesonian