Scott Dixon’s 2020 IndyCar championship pulled him to within one title of A.J. Foyt’s major open-wheel series record of seven.

Dixon, 40, is the the first IndyCar driver age 40 or older since Nigel Mansell to win the IndyCar title.

Dixon had a brush with Formula 1 in 2003 when the Williams team came calling for a test session.

Reality is always stranger than fiction.

Think about it. No one would buy the premise of the reality of 2020 as a movie plot. Even just in terms of the NTT IndyCar Series season, it’s hard to imagine.

“It was a strange year, emotionally,” said Chip Ganassi Racing driver Scott Dixon. “The unknown was the biggest issue.”

Just this past March, all the teams arrived in St. Petersburg, Florida, mentally and physically prepared to start the 2020 season and race that coming Sunday, only to find themselves on an airplane ride home on Friday with a world pandemic putting everything in question.

“It was an emotional ride for us all. Trust me, it’s a year none of us are going to forget, but for me even more so,” Dixon said. “Winning the championship is huge any year, but this year more so. This one feels extremely special for sure.” 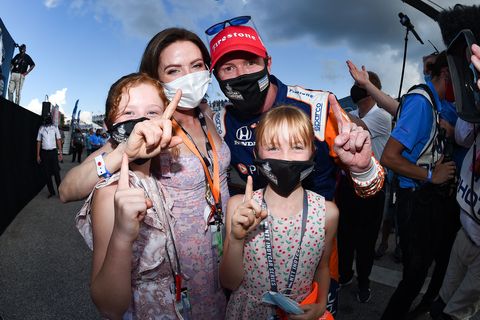 In such a tumultuous year, with so many unknowns and so many last-minute changes, all the IndyCar drivers had to quickly adapt. There were weekend doubleheaders, two-day race weekends, even a one-day race weekend. I mean, the Indianapolis 500 happened in August, for crying out loud.

And that, Dixon admits, made it more of a challenge for the rookies.

“They had it rough this year because there was no track time,” Dixon said. “These compressed weekends, you know, an hour practice in an Indy car works out to maybe 20-25 laps, it’s not a lot of time. And we don’t have a lot of off-season testing now, either.

“It probably favored the veterans a little bit, just because you didn’t need the track time as much, you were a little bit better prepared from that standpoint.”

Dixon started this year extremely strong, winning the first three races of the truncated season at Texas Motor Speedway, the Indianapolis Motor Speedway road course, and then Road America, giving him a solid lead of the championship, but then things got tougher.

“Leading the championship from the start to the finish. And having a 117-point lead, and then there was a fair bit of bleeding going on at one point,” Dixon said. “We had to try and stop the bleeding.”

Then Dixon added, “You didn’t want to be one of those stats.”

But now Dixon is another stat, as he’s won more Indy car championships than anyone in history, save for A.J. Foyt. And the Kiwi driver is only behind Foyt and Mario Andretti for all-time race wins. Dixon turned 40 this year. When he started in IndyCar in 2001, he raced Bryan Herta, now he’s racing Herta’s son, Colton. 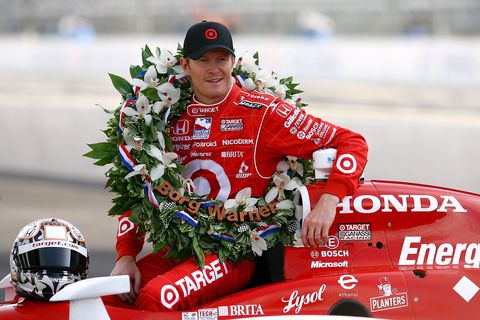 When you start to race against the sons of guys you raced against earlier in your career, isn’t it time to think about retiring?

“No, definitely not,” Dixon said. “Earlier, when you look at championships, people were already talking about seven, which seems so far away when you have five, especially with how tough the competition is. But now seven is a lot more achievable now that we have six. And it’s the same with the race wins. But, honestly, I just love to race.”

“I’m so lucky, I’m so privileged,” Dixon said. “I get to do what I love. I get to work with the best in the business. I have such a great relationship with Chip (Ganassi) and Mike (Hull) and everyone on the team. The passion is still there, the fire burns hot, maybe one day it will end, it has to, but not right now.”

And Dixon doesn’t seem to have any particular interest in chasing down statistics. Sure, he’s aware that Andretti has 52 race wins and that he currently has 50. But he summed it up this way, “I treat it purely just as the next race. If we can win the next race, then the rest of it starts to take care of itself.”

But 40 can be a weird age for a racer. One has to go back to 1993 to find the last time a 40-year-old driver (Nigel Mansell) won the IndyCar championship.

After winning his first IndyCar championship in 2003, Dixon tested the Williams F1 car. Dixon’s manager Stefan Johansson thinks that if Dixon had tried F1, he’d been a World Champion.

“My wife asks me that, occasionally, ‘Are you sad that you didn’t chase the F1 thing more?’ No, not really.” Dixon said, “There’s no reflection on did we make a bad choice or anything like that. I think we made the best choice, absolutely. There’s no denying that.”

His first opportunity in Formula 1, however, would’ve been a testing role, not racing. And Dixon was quite succinct about it. “We just won the championship. Do you go to Formula 1 and be a test driver and be lost forever, or do you continue on racing?” 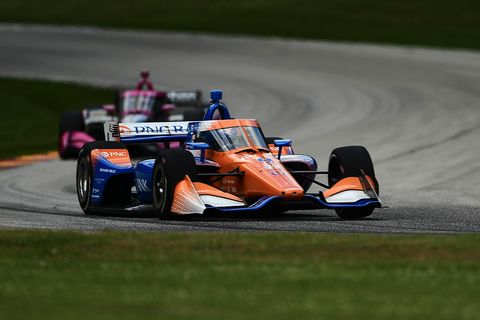 Johansson, a former Formula 1 and Sports car veteran himself, also thinks very highly of Dixon’s ability to manage fuel in a race car. And, Dixon’s response revealed what truly makes him a successful driver and champion.

“One thing is the technique (of saving fuel in a race) and, maybe, the (other thing is the) will to learn about it,” Dixon said, “I love digging deep into situations like that and trying to better yourself or giving yourself more options.”

After all, unless it’s a short sprint race, there’s a lot more to winning than just going as fast as possible. You need to think about strategy, about variables, have plans for how to react to different scenarios. And, critically, be able to think on your feet when the truly unknown happens, like say, I don’t know, a worldwide pandemic. Dixon’s approach is simultaneously simple and devastatingly effective.

“You need all the tools, man. There’s many different strategies to win a race and you need to try to cover them all.”

Is Scott Dixon an underrated champion? Join in the IndyCar discussion in the comments section below.

This content is created and maintained by a third party, and imported onto this page to help users provide their email addresses. You may be able to find more information about this and similar content at piano.io